to provide (someone) with a just payment for loss or injury

How is the word indemnify distinct from other similar verbs?

Some common synonyms of indemnify are compensate, pay, recompense, reimburse, remunerate, repay, and satisfy. While all these words mean "to give money or its equivalent in return for something," indemnify implies making good a loss suffered through accident, disaster, warfare.

indemnified the families of the dead miners

When is it sensible to use compensate instead of indemnify?

In some situations, the words compensate and indemnify are roughly equivalent. However, compensate implies a making up for services rendered.

an attorney well compensated for her services

In what contexts can pay take the place of indemnify?

While the synonyms pay and indemnify are close in meaning, pay implies the discharge of an obligation incurred.

When can recompense be used instead of indemnify?

While in some cases nearly identical to indemnify, recompense suggests due return in amends, friendly repayment, or reward.

passengers were recompensed for the delay

When might reimburse be a better fit than indemnify?

The synonyms reimburse and indemnify are sometimes interchangeable, but reimburse implies a return of money that has been spent for another's benefit.

When is remunerate a more appropriate choice than indemnify?

The words remunerate and indemnify are synonyms, but do differ in nuance. Specifically, remunerate clearly suggests paying for services rendered and may extend to payment that is generous or not contracted for.

promised to remunerate the searchers handsomely

When could repay be used to replace indemnify?

Although the words repay and indemnify have much in common, repay stresses paying back an equivalent in kind or amount.

repay a favor with a favor

When would satisfy be a good substitute for indemnify?

The words satisfy and indemnify can be used in similar contexts, but satisfy implies paying a person what is required by law.

all creditors will be satisfied in full

The first known use of indemnify was in 1611 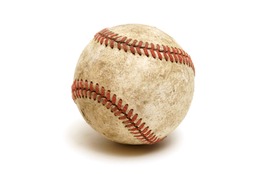 Major League Baseball offered to drop a lawsuit and ...

More from Merriam-Webster on indemnify