1
: a toxic substance produced by some animals (such as snakes, scorpions, or bees) that is injected into prey or an enemy chiefly by biting or stinging and has an injurious or lethal effect
broadly : a substance that is poisonous
2
: a spiteful malicious feeling or state of mind : extreme ill will : malevolence

Noun She spoke of him with venom in her voice. He spewed venom against his rival.
Recent Examples on the Web
Noun
Two drops of the mamba's venom will kill most humans, the site said. —

Mike Snider, USA TODAY, 17 Jan. 2023 Credit Tom Ricketts for agreeing to return to the hot seat, knowing there will likely be some fan venom along with the occasional softball question. —

Paul Sullivan, Chicago Tribune, 10 Jan. 2023 The venom was sitting inside a prosthetic that was attached to Margot’s neck, and it was made with honey and a little bit of water. —

Jack Irvin, Peoplemag, 5 Jan. 2023 Felipe Grazziotin, a scientist based at the Instituto Butantan, a Brazilian biologic research facility, thinks that the viper’s venom could impact the human body the same as the genus Bothrops. —

Joe Phelan, Discover Magazine, 3 Jan. 2023 The students, calling for a democratization of the church, directed venom at Father Ratzinger himself. —

Rachel Donadio, New York Times, 31 Dec. 2022 This year, scientists fashioned a gel from proteins in snake venom that can help stop uncontrolled bleeding, and a team of engineers built an engine-less Mars glider inspired by the flight of the albatross. —

Carlyn Kranking, Smithsonian Magazine, 27 Dec. 2022 But in show business the show must go on, and Li sucked the fake venom (which was made with honey and covered in sand) from the prosthetic wound on Robbie's neck before proceeding to kiss her. —

Leah Shaffer, Discover Magazine, 24 Feb. 2016 References to venom as medical treatments also go back hundreds, if not thousands, of years. —

These example sentences are selected automatically from various online news sources to reflect current usage of the word 'venom.' Views expressed in the examples do not represent the opinion of Merriam-Webster or its editors. Send us feedback. 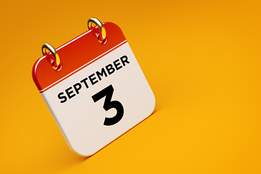 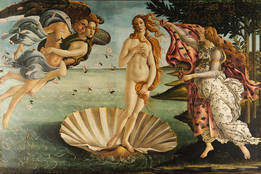 'Venom' and the Goddess of Love

Venus may have had something up those invisible sleeves of hers

noun
ven·​om
ˈven-əm
1
: poison produced by some animals (as a snake, scorpion, or bee) and passed to a victim usually by biting or stinging
2
: spite entry 1, malice

: a toxic substance produced by some animals (as snakes, scorpions, or bees) that is injected into prey or an enemy chiefly by biting or stinging and has an injurious or lethal effect
broadly : a substance that is poisonous

More from Merriam-Webster on venom