-ˈtel;
ˈən-ˌtil,
-ˌtel,
-tᵊl
1
chiefly Scotland : to
2
—used as a function word to indicate continuance (as of an action or condition) to a specified time
stayed until morning
3
: before sense 2
not available until tomorrow
we don't open until ten

: up to the time that : up to such time as
play continued until it got dark
never able to relax until he took up fishing
ran until she was breathless

People often ask which is the correct synonym of until: till, ’til, or ’till?

Many assume that till is an abbreviated form of until. Actually, it is a distinctive word that existed in English at least a century before until, both as a preposition meaning “to” and a conjunction meaning “until.” It has seen continuous use in English since the 12th century and is a perfectly legitimate synonym of until.

’Til and ’till are much newer words, having appeared in the language only in the 19th and 20th centuries, respectively. Both are variant spellings, either of until or of till. Writers of usage guides have roundly condemned ’till as a barbarism (apparently because it seems to have added a superfluous l to the end of until). ’Til, for its part, has been deemed inappropriate in formal writing.

To sum up: until and till can be used freely and interchangeably, but you will probably want to avoid ’till and use ’til advisedly.

Conjunction We played until it got dark. Keep going until I tell you to stop. I ran until I was breathless. Stay here until the danger has passed. Stir the dough until it forms a ball.
Recent Examples on the Web
Preposition
But with rare exceptions the records moldered in obscurity, and hundreds of stories remained untold until a University of Barcelona graduate student named Pau Castell made a discovery in the archives of a mountain village near the French border.

Joshua Hammer, Smithsonian Magazine, 31 Dec. 2022 Winners will be contacted by phone and bottles will be available for pick up and purchase for the next 48 hours, until 4 p.m. on Nov. 29.

The Courier-Journal, 23 Nov. 2022 Aldrich was known as Nicholas Franklin Brink until 2016.

Thomas Peipert, BostonGlobe.com, 23 Nov. 2022 Jordan Shanholtzer was in charge of the drug trafficking enterprise at the center of the case from 2017 until 2019 and generally shipped drugs to Alaska in the mail, according to the indictment.

Tess Williams, Anchorage Daily News, 23 Nov. 2022 And, until an injury intervened, consistent in its personnel.

Shira Moolten, Sun Sentinel, 23 Nov. 2022 Clyde’s outfits, designed with delicious panache by Jennifer Moeller, get more and more devilish with each scene, until at last Clyde is sheathed in skin-tight bright red leather.

Margaret Gray, Los Angeles Times, 23 Nov. 2022 Numerous times through the fall session residents expressed annoyance about having to postpone comment until after the executive session.

These example sentences are selected automatically from various online news sources to reflect current usage of the word 'until.' Views expressed in the examples do not represent the opinion of Merriam-Webster or its editors. Send us feedback.

Middle English, from un- (probably from Old Norse *und up to; akin to Old Norse unz up to, until, Old High German unt, Old English ende end) + til, till till

Articles Related to until 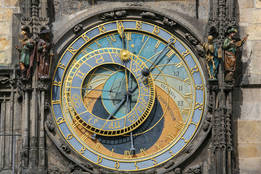 Or should you give up and find another word?

Dictionary Entries Near until

: up to the time that
played until it got dark
ran until I was breathless

More from Merriam-Webster on until

Thesaurus: All synonyms and antonyms for until

Nglish: Translation of until for Spanish Speakers

Britannica English: Translation of until for Arabic Speakers