1
a
: to oppose successfully : defeat the hopes or aspirations of
b
: to run counter to so as to effectively oppose or baffle : contravene
2
: to pass through or across
thwarter noun

: situated or placed across something else : transverse
thwartly adverb

: a seat extending athwart a boat

Thwart and its synonyms foil and frustrate all suggest checking or defeating another's plan or preventing the achievement of a goal. Foil implies checking or defeating so as to discourage future efforts ("the police foiled the attempted robbery"), while frustrate suggests making all efforts, however vigorous or persistent, futile or ineffectual ("frustrated attempts at government reform"). Thwart usually indicates frustration caused by opposition ("the army thwarted an attempted coup").

Choose the Right Synonym for thwart

frustrate implies making vain or ineffectual all efforts however vigorous or persistent.

thwart suggests frustration or checking by crossing or opposing.

the army thwarted his attempt at a coup

foil implies checking or defeating so as to discourage further effort.

foiled by her parents, he stopped trying to see her

baffled by the maze of rules and regulations

balk suggests the interposing of obstacles or hindrances.

Verb She did all she could to thwart his plans. The army thwarted the attempt at a coup.
Recent Examples on the Web
Verb
Eight Republicans joined all 11 Democrats in voting against the bill, though their reasons to thwart the measure were mixed. —

Arleigh Rodgers, Anchorage Daily News, 6 Aug. 2022 Eight Republicans joined all 11 Democrats in voting against the bill, though their reasons to thwart the measure were mixed. —

Orlando Sentinel, 6 Aug. 2022 Eight Republicans joined all 11 Democrats in voting against the bill, though their reasons to thwart the measure were mixed. —

Ian Lovett, WSJ, 25 Nov. 2022 That measure, known as Amendment C, was widely considered an effort by opponents of Medicaid expansion to thwart it. —

Sheryl Gay Stolberg, New York Times, 3 Nov. 2022 The left side of her skull had been crushed, her head nearly severed and her hands removed, which police believed was an attempt to thwart them from identifying her. —

Jonathan Edwards, Washington Post, 1 Nov. 2022 Layered and multidimensional, her characters’ quirks and strivings shine a light on the wrongs that wound and thwart them. —

David Koenig, ajc, 28 Sep. 2022 Finally, a debris particle large enough and traceable to an impact with a SpaceX satellite would have to happen upon a collision course with Viasat's satellite, remain undetected, and thwart satellite protocols to avoid collisions. —

Meghan Cox Gurdon, WSJ, 6 May 2022 An outfitter named Craig had rented me the 15-foot canoe with a broken thwart, splintering gunwales, and the tanker toilet. —

Melissa Mohr, The Christian Science Monitor, 13 Dec. 2021 Since 1736, the noun thwart has referred to the pieces of wood or metal that reinforce the hulls of canoes and boats. —

Melissa Mohr, The Christian Science Monitor, 13 Dec. 2021 How much does the government's role thwart innovation to address actual on the ground issues? —

Roger Valdez, Forbes, 1 Sep. 2021 Luckily, this episode ends up being just as positive as the party was, after Justin and Griffin thwart Travis’s doldrums and move on to doling out free and funny advice. —

These example sentences are selected automatically from various online news sources to reflect current usage of the word 'thwart.' Views expressed in the examples do not represent the opinion of Merriam-Webster or its editors. Send us feedback.

circa 1736, in the meaning defined above 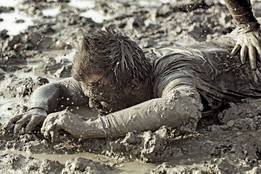 We would’ve told you sooner if it weren’t for you meddling kids.

1
: to stand in the way of : hinder by opposing
she thwarted me at every opportunity
2
: to defeat the hopes, desires, or plans of
the goalie thwarted their attempts to score
thwarter noun

3 of 4 adjective
: situated or placed across something else

4 of 4 noun
: a rower's seat extending across a boat

More from Merriam-Webster on thwart