How should you use taciturn?

Taciturn shows up in English in the first half of the 18th century. James Miller, a British clergyman educated at Oxford, gives an early example of its use in his 1734 satiric drama, wherein a character describes a nephew with the following: "When he was little, he never was what they call Roguish or Waggish, but was always close, quiet, and taciturn." It seems we waited unduly long to adopt this useful descendent of the Latin verb tacēre, meaning "to be silent"; we were quicker to adopt other words from the tacēre family. We've been using tacit, an adjective meaning "expressed without words" or "implied," since at least the mid-17th century. And we've had the noun taciturnity, meaning "habitual silence," since at least the mid-15th century.

Choose the Right Synonym for taciturn

silent implies a habit of saying no more than is needed.

reticent implies a reluctance to speak out or at length, especially about one's own affairs.

was reticent about his plans

greetings were brief, formal, and reserved

secretive, too, implies reticence but usually carries a suggestion of deviousness and lack of frankness or of an often ostentatious will to conceal.

the secretive research and development division

I went on speech strike … remaining defiantly taciturn through a procession of speech therapists and psychotherapists, verbalizing only to the gardener and swearing him to silence.

Simon Schama, New Republic, 22 July 2002 The pipe-smoking Malcolm Cowley … though a faithful fellow-traveller, was too taciturn usually to show his hand.

Mary McCarthy, Granta 27, Summer 1989 She was a small, taut, pale, wiry London girl, alarmingly taciturn, demon at basketball (at which she captained us) …

Elizabeth Bowen, The Mulberry Tree, 1986 When he got to the substation that night, this private taciturn fellow had to spill his guts. If he didn't tell somebody, he might blow like a land mine.

Joseph Wambaugh, Lines and Shadows, 1984 a somewhat taciturn young man a taciturn man, he almost never initiates a conversation See More
Recent Examples on the Web As usual, the taciturn Bosch keeps his own counsel.

Tom Nolan, WSJ, 4 Nov. 2022 In their universe, even Superman is a bit on the taciturn side.

Jesse Hassenger, Chron, 18 Oct. 2022 Forget the logistics and mention the tools, and the normally taciturn Snitker lets down his guard.

Sarah Larson, The New Yorker, 18 July 2022 Rock, until now, has been relatively taciturn about being slapped by Will Smith at the Academy Awards in March, declining to get into the infamous moment while touring.

Nardine Saadstaff Writer, Los Angeles Times, 6 May 2022 As an adult, Viktor is a shaky, taciturn figure, a mediocre violinist and the author of a tell-all memoir meant to expose the merciless family dynamic of the famous Umbrella Academy, but the book, like his other endeavors, is unsuccessful.

Crispin Long, The New Yorker, 12 July 2022 But the taciturn elder son, Farid, who’s driving, seems haunted by something, and slowly, across a remote landscape, Panahi peels back this journey’s melancholy background.

David Sims, The Atlantic, 3 Aug. 2022 Yusuke is transported to and from rehearsals by a taciturn young driver, Misaki Watari (Toko Miura).

These example sentences are selected automatically from various online news sources to reflect current usage of the word 'taciturn.' Views expressed in the examples do not represent the opinion of Merriam-Webster or its editors. Send us feedback.

1734, in the meaning defined above 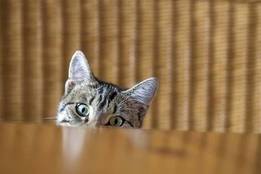 Words for the shy and bashful 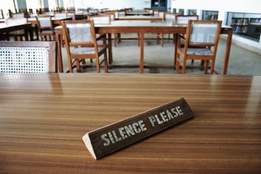 : tending to not speak
taciturnity
ˌtas-ə-ˈtər-nət-ē

More from Merriam-Webster on taciturn