1
a
: to cut off the hair from
b
: to cut or clip (hair, wool, etc.) from someone or something
also : to cut something from
shear a lawn
c
chiefly Scotland : to reap with a sickle
d
: to cut or trim with shears or a similar instrument
2
: to cut with something sharp
3
: to deprive of something as if by cutting
lives shorn of any hope—

M. W. Browne
4
a
: to subject to a shear force
b
: to cause (something, such as a rock mass) to move along the plane of contact

1
: to cut through something with or as if with a sharp instrument
2
chiefly Scotland : to reap crops with a sickle
3
: to become divided under the action of a shear
shearer noun

1
a(1)
: a cutting implement similar or identical to a pair of scissors but typically larger —usually used in plural
(2)
: one blade of a pair of shears
b
: any of various cutting tools or machines operating by the action of opposed cutting edges of metal —usually used in plural
c(1)
: something resembling a shear or a pair of shears
(2)
: a hoisting apparatus consisting of two or sometimes more upright spars fastened together at their upper ends and having tackle for masting or dismasting ships or lifting heavy loads (such as guns) —usually used in plural but singular or plural in construction
2
chiefly British : the action or process or an instance of shearing —used in combination to indicate the approximate age of sheep in terms of shearings undergone
3
a
: internal force tangential to the section on which it acts

b
: an action or stress resulting from applied forces that causes or tends to cause two contiguous parts of a body to slide relatively to each other in a direction parallel to their plane of contact

Los Angeles Times, 27 Oct. 2022 This weekend, John will lead the Baltimore Ravens into FirstEnergy Stadium hoping to shear the last shred of the Browns’ playoff hopes. —

cleveland, 16 Dec. 2022 Every romance requires an obstacle—something to block a couple’s path to happiness and shear them off from regular society. —

Anthony Lane, The New Yorker, 11 Nov. 2022 There are signs that shear should abate over the next 24 to 36 hours, which would allow Julia to take advantage of warm Caribbean Sea surface temperatures and intensify. —

Matthew Cappucci, Washington Post, 7 Oct. 2022 To encourage bushiness, shear lightly in spring before buds set, or for winter-blooming types, after the flowers have faded. —

Arricca Elin Sansone, Country Living, 22 Sep. 2022 Masterful herders, who offer generations worth of skill, use a combing technique to shear the undercoat, delicately done by hand. —

Jeff Halverson, Washington Post, 2 June 2022 But on Wednesday night, those Mach-one speeds tended to shear off the symphony’s character — especially in the Andante, which had little of the movement’s familiar pliancy and lackadaisical levity. —

IEEE Spectrum, 23 Jan. 2023 Wind shear in the Gulf of Mexico and southwest Atlantic could limit strengthening of the system. —

Connor Lynch, Discover Magazine, 20 Apr. 2022 For some experts, this photo suggested punching shear failure because the columns are mostly intact. —

Washington Post, 29 June 2021 The wind-shear phenomenon can occur in wispy cirrus clouds or even clear air near thunderstorms, as differences in temperature and pressure create powerful currents of fast-moving air. —

Joseph Castro, Discover Magazine, 1 Aug. 2011 Julia was working to fend off shear, or a disruptive change of wind speed and/or direction with height. —

These example sentences are selected automatically from various online news sources to reflect current usage of the word 'shear.' Views expressed in the examples do not represent the opinion of Merriam-Webster or its editors. Send us feedback. 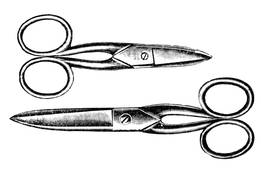 ˈshȯ(ə)rn
; shearing
1
: to cut the hair or wool from
shearing sheep
2
: to deprive of by or as if by cutting off
shorn of power
3
: to become divided under the action of a shear
the bolt may shear off
shearer noun

2 of 2 noun
1
a
: a cutting tool similar or identical to a pair of scissors but typically larger —usually used in plural
b
: any of various cutting tools or machines operating by the action of opposed cutting edges of metal —usually used in plural
2
: an action or force that causes or tends to cause two parts of a body to slide on each other in a direction parallel to their plane of contact

More from Merriam-Webster on shear