1a : to refuse to accept especially : to reject as unauthorized or as having no binding force repudiate a contract repudiate a will
b : to reject as untrue or unjust repudiate a charge
2 : to refuse to acknowledge or pay repudiate a debt
3 : to refuse to have anything to do with : disown repudiate a cause … unless they repudiated the failed policies of the past and took decisive action, the party might fracture or lose its hold on the electorate.— Walter A. McDougall
4 dated : to divorce or separate formally from (a woman to whom one is betrothed or married) "The incident was witnessed by … the Marquess Zanipolo, who, in consequence, has already repudiated his unhappy bride."— Edith Wharton
Other Words from repudiate Synonyms & Antonyms Choose the Right Synonym Did you know? More Example Sentences Learn More About repudiate

Other Words from repudiate

Choose the Right Synonym for repudiate

decline, refuse, reject, repudiate, spurn mean to turn away by not accepting, receiving, or considering. decline often implies courteous refusal especially of offers or invitations. declined his party's nomination refuse suggests more positiveness or ungraciousness and often implies the denial of something asked for. refused to lend them the money reject implies a peremptory refusal by sending away or discarding. rejected the manuscript as unpublishable repudiate implies a casting off or disowning as untrue, unauthorized, or unworthy of acceptance. teenagers who repudiate the values of their parents spurn stresses contempt or disdain in rejection or repudiation. spurned his overtures of friendship

In Latin, the noun repudium refers to the rejection of a spouse or prospective spouse, and the related verb repudiare means "to divorce" or "to reject." In the 16th century, English speakers borrowed repudiare to create the English verb repudiate, which they used as a synonym of divorce when in reference to a wife and as a synonym of disown when in reference to a member of one's family. They also used the word more generally in the sense of "to reject or cast off." By the 18th century repudiate had also come to be used for the rejection of things that one does not accept as true or just, ranging from opinions and accusations to contracts and debts.

Examples of repudiate in a Sentence

During the Algerian war of independence, the United States had also repudiated France's claimed right to attack a town in neighboring Tunisia that succored Algerian guerrillas … — Christopher Hitchens, Harper's, February 2001 When witnessing abuse, boys will identify with the seemingly powerful father who appears to be a "winner" and will repudiate the mother, who seems to be the "loser." — Constance Adler, Shape, September 1993 While a wife could divorce her husband only for good reason … a husband could repudiate his wife without giving any reason … — Albert Hourani, A History of the Arab Peoples, 1991 Voters in Myanmar … appeared today to have sharply repudiated their military rulers and to have given a landslide victory to the main opposition party … — Steven Erlanger, New York Times, 29 May 1990 Photographs, the most ubiquitous emblem of mass culture, found an obvious place in Pop Art, and were embraced by those intent on repudiating the preciosity of action painting. — Naomi Rosenblum, A World History of Photography, 1989 Three weeks after the agreement was made and before any specifications were submitted, the buyer repudiated the agreement. — John D. Calamari and Joseph M. Perillo, The Law of Contracts, 1987 a generation that has repudiated the values of the past He has publicly repudiated the government's policies. He published an article that repudiates the study's claims. She says she has evidence which repudiates the allegations. See More
Recent Examples on the Web Many young Chileans, who have protested for more state funding for healthcare and universities, repudiate the staunch protections for business in the current constitution. — Patricia Garip And Juan Forero, WSJ, 3 Sep. 2022 As video from the town hall spread online, some highlighted the pair’s remarks to repudiate the concept of a masking order — or to argue that dangers associated with the current coronavirus wave are overstated or unfounded. — Los Angeles Times, 18 July 2022 Monday’s vote creates full parity for the descendants of the enslaved in the leadership of the Montpelier Foundation, and amounts to a sharp turnaround from the board’s effort in March to repudiate the Montpelier Descendants Committee. — Gregory S. Schneider, Washington Post, 16 May 2022 The Supreme Court is reluctant to discard its previous rulings, following precedent unless there is a substantial reason to repudiate the old reasoning. — Morgan Marietta, The Conversation, 4 May 2022 But anyone looking for GOP voters to repudiate Trump will have to keep looking a while longer. — Byrick Klein, ABC News, 3 May 2022 In New York, soprano Anna Netrebko has withdrawn from future engagements with the Metropolitan Opera over her failure to repudiate Russian President Vladimir Putin and the invasion. — Los Angeles Times, 5 Mar. 2022 Yet the notion that every Russian should have to repudiate Putin before being allowed to perform in America or Europe is grim. — Alex Ross, The New Yorker, 3 Mar. 2022 The exodus of multinational companies from Russia continued Monday as firms face pressure from employees and customers to repudiate the war. — Washington Post, 7 Mar. 2022 See More

These example sentences are selected automatically from various online news sources to reflect current usage of the word 'repudiate.' Views expressed in the examples do not represent the opinion of Merriam-Webster or its editors. Send us feedback.

First Known Use of repudiate

History and Etymology for repudiate

Latin repudiatus, past participle of repudiare, from repudium rejection of a prospective spouse, divorce, probably from re- + pudēre to shame

The first known use of repudiate was in 1545

Listen to Our Podcast About repudiate 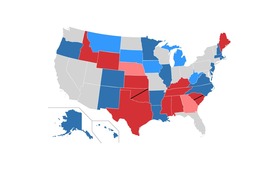 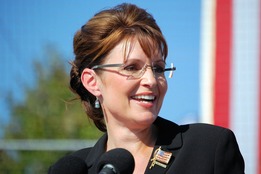 : to disavow or reject an obligation (as a debt) or duty (as performance under a contract) specifically : to indicate an inability or unwillingness to perform as promised under (a contract)

Other Words from repudiate

More from Merriam-Webster on repudiate