sometimes  ˈpȯi(g)-nənt
1
a(1)
: painfully affecting the feelings : piercing
(2)
: deeply affecting : touching
b
: designed to make an impression : cutting
poignant satire
2
a
: pleasurably stimulating
b
: being to the point : apt
3
: pungently pervasive
a poignant perfume
poignantly adverb

Poignant comes to English from French, and before that from Latin—specifically, the Latin verb pungere, meaning "to prick or sting." Several other common English words derive from pungere, including pungent, which can refer to, among other things, a sharp odor. The influence of pungere can also be seen in puncture, as well as punctual, which originally meant simply "of or relating to a point." Even compunction and expunge come from this pointedly relevant Latin word.

Choose the Right Synonym for poignant

pungent, piquant, poignant, racy mean sharp and stimulating to the mind or the senses.

a cheese with a pungent odor

piquant suggests a power to whet the appetite or interest through tartness or mild pungency.

poignant suggests something is sharply or piercingly effective in stirring one's emotions.

felt a poignant sense of loss

moving may apply to any strong emotional effect including thrilling, agitating, saddening, or calling forth pity or sympathy.

a moving appeal for contributions

poignant applies to what keenly or sharply affects one's sensitivities.

a poignant documentary on the homeless

affecting is close to moving but most often suggests pathos.

the touching innocence in a child's eyes

… this movie isn't a soft-pedaled, poignant tale of addiction and recovery—it's just about the addiction.

David Crowley, Vibe, June 2001 In a poignant attempt to split the difference between the two camps, Justices Breyer and David Souter tried to prevent the Court from destroying itself.

Jeffrey Rosen, New Republic, 25 Dec. 2000 I've witnessed the poignant efforts of young whites striving to conform to the vague tenets of the mainstream, taking crushingly dull jobs, settling down with the least challenging of spouses …

Jake Lamar, UTNE Reader, May/June 1992 … a new and sharper and most poignant sense of loss for that broken musical instrument which had once been my leg.

Oliver Sacks, A Leg to Stand On, 1984 The photograph was a poignant reminder of her childhood. a poignant story of a love affair that ends in tragedy See More
Recent Examples on the Web Funny, suspenseful, occasionally poignant, the story is served magnificently by Jason Watkins, whose performance captures the manner and voice of each character to perfection.

Katherine A. Powers, Washington Post, 22 Nov. 2022 Andrews' most harrowing and poignant battle took place on Nov. 18 and 19, 1944, when his unit was tasked with maintaining a piece of high ground dubbed Hill 232 outside Hamich, Germany.

Fox News, 11 Nov. 2022 Wright gave the remarks, flanked at the microphone by Nyong’o and Gurira, setting a powerful and poignant tone for the intimate ceremony.

Angelique Jackson, Variety, 31 Oct. 2022 This logic is understandable, and the moral case is compelling, often poignant, even.

Justin Worland, Time, 27 Oct. 2022 With a thoughtful and poignant nod to his screen character, the late Queen Elizabeth made Craig a Companion of the Order of St. Michael and St. George in January — just like the fictional spy.

Jon Blistein, Rolling Stone, 18 Oct. 2022 In her humorous yet poignant speech, Rae likened being a woman in Hollywood to new mothers forgetting the pain of childbirth after having a baby.

Alyssa Bailey, ELLE, 17 Oct. 2022 The opera was emotional, hilarious and poignant, all at once.

These example sentences are selected automatically from various online news sources to reflect current usage of the word 'poignant.' Views expressed in the examples do not represent the opinion of Merriam-Webster or its editors. Send us feedback. 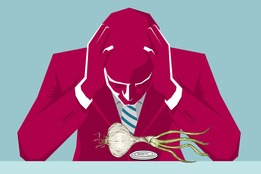 More from Merriam-Webster on poignant