plural pairs or pair
1
a(1)
: two corresponding things designed for use together
a pair of shoes
(2)
: two corresponding bodily parts or members
a pair of hands
b
: something made up of two corresponding pieces
a pair of trousers
2
a
: two similar or associated things: such as
(1)
: two mated animals
(2)
: a couple in love, engaged, or married
were a devoted pair
(3)
: two playing cards of the same value or denomination and especially of the same rank
(4)
: two horses harnessed side by side
(5)
: two members of a deliberative body that agree not to vote on a specific issue during a time agreed on
also : an agreement not to vote made by the two members
b
: a partnership especially of two players in a contest against another partnership
3
chiefly dialectal : a set or series of small objects (such as beads)

1
a
: to make a pair of —often used with off or up
paired off the animals
b
: to cause to be a member of a pair
c
: to arrange a voting pair between
2
: to arrange in pairs

Noun He blushed when he saw all three pairs of eyes watching him. She won with a pair of aces. I got my first pair of glasses when I was eight. His two closest friends lived in the city and the pair of them visited him often. The dance is usually performed by a male and female pair. Those two kids make quite a pair. Verb The teacher paired students with partners for the assignment. See More
Recent Examples on the Web
Noun
Two years earlier, a biologist at UCLA had succeeded in germinating a pair of lotus seeds that had spent 500 years buried in a dry lakebed in China—but the Judean date seeds were four times older.

Chris Fedor, cleveland, 29 Nov. 2022 The comedian plays a pair of siblings that get off on the wrong foot during Thanksgiving.

Samantha Olson, Seventeen, 29 Nov. 2022 In the bottom of the flask yiou'll find a pair of collapsible stainless steel shot glasses.

Scott Gilbertson, WIRED, 29 Nov. 2022 With the various investigations into his misconduct has also come a pair of top-10 classes and a crop of elite players.

Emma Seymour, Good Housekeeping, 29 Nov. 2022 Even while facing a tough Buffalo defense, the veteran threw for 240 yards and a pair of touchdowns and almost led the Lions to an upset win.

Tony Holm, USA TODAY, 29 Nov. 2022 Booker closed out his second-highest point total of the season by knocking down a pair of free throws with 6.8 seconds left after Torrey Craig secured an offensive rebound.

Cameron Salerno, ajc, 29 Nov. 2022
Verb
Greens are incredibly versatile and pair beautifully with almost any color — from whites, creams and grays to blues, pinks and reds.

Alyssa Gautieri, Good Housekeeping, 30 Nov. 2022 Does anyone have skills and superpowers that pair perfectly with yours?

ELLE, 30 Nov. 2022 The movie forces us to pair this with the realities of families that are not hers, parents and siblings testifying to the loss of loved ones and, of course, the powerful family whose reach and influence played a role in that destruction.

K. Austin Collins, Rolling Stone, 28 Nov. 2022 The hoodie comes in Garner's deep navy, along with a range of neutral hues that pair well with everything.

Alex Warner, Peoplemag, 26 Nov. 2022 Sisu also has wines by the bottle, favoring cabernet sauvignon to pair with those steaks, and the house wine is $7 a glass.

Journal Sentinel, 26 Nov. 2022 This club subscription sends your giftee one bottle of wine each month along with a cheese chosen to perfectly pair with it.

Lauren Hubbard, Town & Country, 23 Nov. 2022 Silent is already working on a larger, 17-foot electric tender to pair with the Silent 80.

Rachel Cormack, Robb Report, 22 Nov. 2022 For her cover of the dance cut, Tortolani opted for the original instrumental of the song, factoring in the track’s signature ad-libs and some playful hand gestures to pair.

These example sentences are selected automatically from various online news sources to reflect current usage of the word 'pair.' Views expressed in the examples do not represent the opinion of Merriam-Webster or its editors. Send us feedback.

1606, in the meaning defined at transitive sense 1a 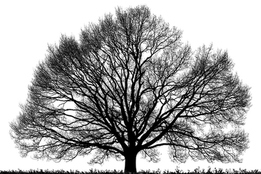 Which Word Pair Shares a Common... 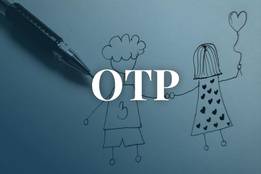 ˈpe(ə)r
plural pairs also pair
1
: two things that match or are meant to be used together
a pair of hands
a pair of gloves
2
: a thing having two connected matching parts
a pair of scissors
3
: a set of two like or associated things

More from Merriam-Webster on pair