1
a
: open to question : debatable
b
: subjected to discussion : disputed
2
: deprived of practical significance : made abstract or purely academic

1
a
: to bring up for discussion : broach
b
: debate
2
archaic : to discuss from a legal standpoint : argue

1
: a deliberative assembly primarily for the administration of justice
especially : one held by the freemen of an Anglo-Saxon community
2
obsolete : argument, discussion

Moot derives from gemōt, an Old English name for a judicial court. Originally, moot referred to either the court itself or an argument that might be debated by one. By the 16th century, the legal role of judicial moots had diminished, and the only remnant of them were moot courts, academic mock courts in which law students could try hypothetical cases for practice. Back then, moot was used as a synonym of debatable, but because the cases students tried in moot courts were simply academic exercises, the word gained the additional sense "deprived of practical significance." Some commentators still frown on using moot to mean "purely academic," but most editors now accept both senses as standard.

Adjective Among the many advantages of legislation requiring a label was that it allowed the industry to insist—in court if necessary—that claims against the companies for negligence and deception were now moot. Every smoker would be repeatedly warned that "smoking may be hazardous to your health." —

Allan M. Brandt, The Cigarette Century, 2007 And the question of delight shouldn't be moot. —

Edward Hoagland, Harper's, June 2007 … a genuine Atlantic political culture might be the result—rendering the fears expressed in this article largely moot. —

John O'Sullivan, National Review, 6 Dec. 1999 The court ruled that the issue is now moot because the people involved in the dispute have died. I think they were wrong, but the point is moot. Their decision has been made and it can't be changed now. Verb And it was they, not the British, who slapped down any suggestion of democratic reform when it was quietly mooted by British colonial officers in the 1950s. —

Ian Buruma, New Republic, 24 Sept. 2001 … he looked for an easy way out. A spot in the stateside Guard would have suited him fine; in the event, he dodged and weaved until a low draft number came along to moot his problem. —

Richard Rhodes, New York Times Book Review, 24 Dec. 2000 conservatives had shouted down the proposal when it was first mooted the issue of whether a person's nature or upbringing is more important continues to be mooted by experts and laymen alike See More
Recent Examples on the Web
Adjective
If Notre Dame loses to USC, then all of that is moot. —

Jessie Balmert, The Enquirer, 22 Nov. 2022 For users who can't receive their SMS two-factor codes, though, questions about whether Twitter is in decline or what could be coming next are moot—the site already feels broken. —

WIRED, 14 Nov. 2022 But the unknown is now moot; their names have been bound together for 25 years, almost the same amount of time Fayed spent as a film producer. —

Dallas News, 20 June 2022 The quandary over which referendums to place before voters may become moot. —

Steve Sadin, Chicago Tribune, 8 Dec. 2022 The issue of the subpoena will likely become moot in January after Republicans take control of the House. —

Scott Patterson, WSJ, 24 Nov. 2022 Some of these challenges may become moot if Twitter simply fails as people leave the platform. —

Bykai Kupferschmidt, science.org, 4 Nov. 2022
Verb
The authors moot the possibility that selection exists at the loci under consideration, but was simply missed because the selection was by a different dynamic which might not be picked up by their test. —

Razib Khan, Discover Magazine, 7 June 2011 The report increases pressure on Prime Minister Boris Johnson’s administration, which plans to decide soon whether to proceed with HS2, which was first mooted in 2009 and has proven deeply unpopular with communities along its route. —

Alex Morales, Bloomberg.com, 29 Apr. 2020 The deal, first mooted in August, gives Tencent a stake in a firm whose catalogue spans artists from ABBA and Bob Marley to Jay-Z and Taylor Swift. —

The Economist, 2 Jan. 2020 Legends take shape; a miracle is reported; a mystery is mooted; competing cults are born. —

William Deresiewicz, The Atlantic, 17 May 2020 Worrying about the specific identities of those affected by COVID-19 may soon be moot, says Stephen Latham, director of Yale University’s Interdisciplinary Center for Bioethics in Connecticut. —

Marco Della Cava, USA TODAY, 6 Mar. 2020 The panel recommended a 600,000 to 1 million-barrel-a-day reduction in the second quarter, more ambitious than curbs mooted in February but still short of some estimates of the demand loss. —

Grant Smith, BostonGlobe.com, 5 Mar. 2020 What’s more, the possibility of this tie-up has been so long mooted that some bid premium should have been baked into the target’s share price for a while. —

Chris Hughes | Bloomberg, Washington Post, 19 Mar. 2019 That such a plan could even be mooted reflects the fact that, again, Trump does not understand the cure. —

These example sentences are selected automatically from various online news sources to reflect current usage of the word 'moot.' Views expressed in the examples do not represent the opinion of Merriam-Webster or its editors. Send us feedback. 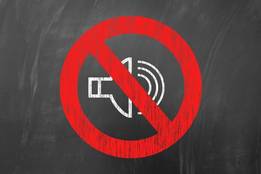 We'll get to the point.

2 of 2 adjective
: open to question or discussion : debatable
a moot question

: to make moot
statute of limitations would moot the effort—

History and Etymology for moot

More from Merriam-Webster on moot