: marked by extreme or excessive care in the consideration or treatment of details
a meticulous researcher
meticulosity
mə-ˌti-kyə-ˈlä-sə-tē

It may surprise you to learn that meticulous is derived from the Latin word for "fearful"—meticulosus—and ultimately comes from the Latin noun metus, meaning "fear." Although meticulous currently has no "fearful" meanings, it was originally used as a synonym of "frightened" and "timid." This sense had fallen into disuse by 1700, and in the 19th century meticulous acquired a new sense of "overly and timidly careful" (probably influenced by the French word méticuleux). This in turn led to the current meaning of "painstakingly careful," with no connotations of fear at all. The newest use was controversial among some usage commentators at first, but it has since become by far the most common meaning and is no longer considered an error.

Choose the Right Synonym for meticulous

meticulous may imply either commendable extreme carefulness or a hampering finicky caution over small points.

scrupulous applies to what is proper or fitting or ethical.

Always meticulous about his appearance in the past, he had become dirty and unkempt, with straggly hair, stained clothes, and patches of silver stubble on his chin. —

Minette Walters, Fox Evil, 2002 She was very much the craftswoman, all her work meticulous, slow, perfect. —

Simon Winchester, The Professor and the Madman, 1998 In dense, meticulous arguments … Brooten mounts an assault on that view. —

Cullen Murphy, Atlantic, August 1993 He described the scene in meticulous detail. He is meticulous about keeping accurate records.
Recent Examples on the Web Andrew [Dominik], the director, is very meticulous and detailed. —

Jenny Nguyen-wheatley, Outside Online, 26 Oct. 2021 Craig was coming off Cowboys & Aliens, which stunk, and The Girl with the Dragon Tattoo, a very meticulous snooze. —

Amber Smith, Discover Magazine, 8 Dec. 2022 The evidence prosecutors marshaled against him was meticulous. —

Dennis Aftergut, CNN, 30 Nov. 2022 Masked people zinged like bogeys across the camera no matter how meticulous our locations department was. —

Taffy Brodesser-akner, Vulture, 17 Nov. 2022 Beginning his writing on Lynn's 90th birthday in April, McCall made sure to also be meticulous about describing Lynn's wardrobe and hairstyles over the decades to ensure that the illustrations, by Martin Gimenez, were historically accurate. —

Journal Sentinel, 8 Nov. 2022 Be meticulous about scrubbing the underside of the rim, as well as the trap. —

These example sentences are selected automatically from various online news sources to reflect current usage of the word 'meticulous.' Views expressed in the examples do not represent the opinion of Merriam-Webster or its editors. Send us feedback.

Note: The senses "overscrupulous," then "careful, scrupulous" may depend on French méticuleux, for which these meanings are attested somewhat earlier than in English.

1827, in the meaning defined above 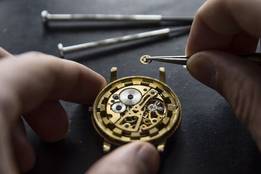 'Meticulous': Fear and Trepidation No...

Paying close attention to the details of its history

: extremely or overly careful in thinking about or dealing with small details
a meticulous researcher
meticulously adverb
meticulousness noun

More from Merriam-Webster on meticulous