1 : a limb of an animal used especially for supporting the body and for walking: such as
a(1) : one of the paired vertebrate limbs that in bipeds extend from the top of the thigh to the foot
(2) : the part of such a limb between the knee and foot
b : the back half of a hindquarter of a meat animal
c : one of the rather generalized segmental appendages of an arthropod used in walking and crawling
2a : a pole or bar serving as a support or prop the legs of a tripod
b : a branch of a forked or jointed object the legs of a compass
3a : the part of an article of clothing that covers the leg
b : the part of the upper (as of a boot) that extends above the ankle
4 : obeisance, bow —used chiefly in the phrase to make a leg
5 : a side of a right triangle that is not the hypotenuse also : a side of an isosceles triangle that is not the base
6a : the course and distance sailed by a boat on a single tack
b : a portion of a trip : stage
c : one section of a relay race
d : one of several events or games necessary to be won to decide a competition won the first two legs of horse racing's Triple Crown
7 : a branch or part of an object or system
8 legs plural : long-term appeal or interest a news story with legs
a leg to stand on
: support especially : a basis for one's position in a controversy
on one's last legs
: at or near the end of one's resources : on the verge of failure, exhaustion, or ruin

: to use the legs in walking especially : run

Other Words from leg

Examples of leg in a Sentence

These example sentences are selected automatically from various online news sources to reflect current usage of the word 'leg.' Views expressed in the examples do not represent the opinion of Merriam-Webster or its editors. Send us feedback.

First Known Use of leg

circa 1587, in the meaning defined above

History and Etymology for leg

The first known use of leg was in the 13th century 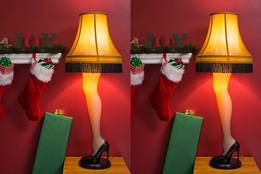 1 : one of the limbs of an animal or person that support the body and are used in walking and running
2 : the part of the leg between the knee and the foot
3 : something like a leg in shape or use the legs of a table
4 : the part of a garment that covers the leg
5 : a stage or part of a journey We started the first leg of our trip.

: a limb of an animal used especially for supporting the body and for walking: as
a : either of the two lower human limbs that extend from the top of the thigh to the foot and especially the part between the knee and the ankle
b : any of the rather generalized segmental appendages of an arthropod used in walking and crawling

More from Merriam-Webster on leg