1 : to gain knowledge or skill by studying, practicing, being taught, or experiencing something People learn throughout their lives. He is learning quickly. See More ExamplesI can't swim yet, but I'm learning. learn arithmetic learn a trade She's interested in learning French. We had to learn the rules of the game.Hide
2 : to cause (something) to be in your memory by studying it : memorize I'm trying to learn my lines for the play. We had to learn the names of the state capitals. learn the alphabet
3 : to hear or be told (something) : to find out (something) She learned through/from a letter that her father had died. I later learned that they had never called. See More ExamplesI was surprised when I learned (that) he wasn't coming. We finally learned the truth about what had happened.Hide

1a(1) : to gain knowledge or understanding of or skill in by study, instruction, or experience learn a trade learned to play chess
(2) : memorize learn the lines of a play
b : to come to be able learn to dance
c : to come to realize learned that honesty paid
2a nonstandard : teach
b obsolete : to inform of something
3 : to come to know : hear we just learned that he was ill

: to acquire knowledge or skill or a behavioral tendency were shocked to learn of her death
Other Words from learn Synonyms & Antonyms Choose the Right Synonym Can learn mean teach?: Usage Guide More Example Sentences Learn More About learn

Choose the Right Synonym for learn

discover, ascertain, determine, unearth, learn mean to find out what one did not previously know. discover may apply to something requiring exploration or investigation or to a chance encounter. discovered the source of the river ascertain implies effort to find the facts or the truth proceeding from awareness of ignorance or uncertainty. attempts to ascertain the population of the region determine emphasizes the intent to establish the facts definitely or precisely. unable to determine the origin of the word unearth implies bringing to light something forgotten or hidden. unearth old records learn may imply acquiring knowledge with little effort or conscious intention (as by simply being told) or it may imply study and practice. I learned her name only today learning Greek

Learn in the sense of "teach" dates from the 13th century and was standard until at least the early 19th. made them drunk with true Hollands—and then learned them the art of making bargains — Washington Irving But by Mark Twain's time it was receding to a speech form associated chiefly with the less educated. never done nothing for three months but set in his back yard and learn that frog to jump — Mark Twain The present-day status of learn has not risen. This use persists in speech, but in writing it appears mainly in the representation of such speech or its deliberate imitation for effect.

Examples of learn in a Sentence

People learn throughout their lives. I can't swim yet, but I'm learning. She's interested in learning French. We had to learn the rules of the game. I'm trying to learn my lines for the play. We had to learn the names of the state capitals. She learned through a letter that her father had died. I later learned that they had never called. We finally learned the truth about what had happened.
See More

Recent Examples on the Web After receiving federal recognition, tribal leaders had to quickly learn to administer multimillion dollar budgets. — Washington Post, 18 Nov. 2021 To learn more or donate, contact McCausland at 814-528-1038 or MarieMcCausland@MomEffect.org. — Alexis Oatman, cleveland, 16 Nov. 2021 What did Cumberbatch learn about himself in the process? — Marc Malkin, Variety, 15 Nov. 2021 There, guests with all levels of ability can learn nordic skiing, snowboarding and more. — Jennifer Bradley Franklin, USA TODAY, 15 Nov. 2021 Indivisible co-founder Leah Greenberg, who was a congressional staffer in 2010, about what Democrats selling the Build Back Better Act in 2022 can learn from the party’s experience selling Obamacare in 2010. — Alex Shephard, The New Republic, 15 Nov. 2021 There was only one way for Hazan to survive in this country: learn to cook. — Mayukh Sen, The New Yorker, 15 Nov. 2021 For example, in the first episode (titled Body Count: The Green River Killer), viewers learn the story of the unsolved murders of women around Green River, near Seattle — something that’s haunted investigators for decades. — Andy Meek, BGR, 14 Nov. 2021 Bears quickly learn to associate humans with food and are attracted to any kind of food source, from pet food to bird feeders. — Chelsey Lewis, Milwaukee Journal Sentinel, 13 Nov. 2021

These example sentences are selected automatically from various online news sources to reflect current usage of the word 'learn.' Views expressed in the examples do not represent the opinion of Merriam-Webster or its editors. Send us feedback.

First Known Use of learn

History and Etymology for learn

Our team at The Usage has selected the best kids' desks of 2021.

The first known use of learn was before the 12th century 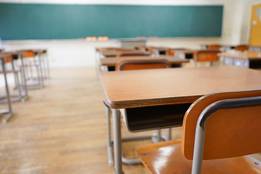 When did 'learn' stop meaning "to teach?"

1 : to get knowledge of or skill in by study, instruction, or experience I'm learning a foreign language.
2 : memorize Actors have to learn their lines.
3 : to become able through practice Babies learn to walk.
4 : to come to realize and understand You must learn right from wrong.
5 : to find out I finally learned what had happened.
6 : to gain knowledge The children were eager to learn.

: to acquire (a change in behavior) by learning

: to acquire a behavioral tendency by learning

More from Merriam-Webster on learn