1a : a measurement (as of linear dimension) according to some standard or system: such as
(1) : the distance between the rails of a railroad
(2) : the size of a shotgun barrel's inner diameter nominally expressed as the number of lead balls each just fitting that diameter required to make a pound a 12-gauge shotgun
(3) : the thickness of a thin material (such as sheet metal or plastic film)
(4) : the diameter of a slender object (such as wire or a hypodermic needle)
(5) : the fineness of a knitted fabric expressed by the number of loops per unit width
b : dimensions, size
c : measure sense 1 surveys are a gauge of public sentiment
2 : an instrument for or a means of measuring or testing: such as
a : an instrument for measuring a dimension or for testing mechanical accuracy
b : an instrument with a graduated (see graduate entry 1 sense transitive 2a) scale or dial for measuring or indicating quantity
3 : relative position of a ship with reference to another ship and the wind
4 : a function introduced into a field equation to produce a convenient form of the equation but having no observable physical consequences

1 : a token of defiance specifically : a glove or cap cast on the ground to be taken up by an opponent as a pledge of combat
2 : something deposited as a pledge of performance

There are two gages: one refers to pledges or securities and is no longer in common general use, and the other is a variant spelling of gauge, which in the noun form refers broadly to measurement (“fine-gauge wire”) or a standard by which something is measured (“polls are a good gauge of how voters might vote”). The earliest evidence we have for the noun gauge goes back to the 15th century, when English spelling was not yet standardized, and the word in question was spelled gauge and gage with roughly equal frequency. Gauge began to be preferred in the late 19th century for most general uses. Some claim that gage appears as a variant more frequently in the U.S., though our evidence shows that the vast majority of uses for gage are from specialized and technical industries, such as mechanical engineering, manufacturing, and electronics, and that these uses of gage are global, not limited to the U.S. Nonetheless, total use of the word gage is small when compared to the total use of the word gauge.

The verb gauge, which refers to measuring or estimating, also has a variant gage. This variant appears to show up primarily in informal sources, though not often. Gauge is by far the preferred spelling in general usage for both the noun and the verb; we encourage you use it.

First Known Use of gage

1847, in the meaning defined above

History and Etymology for gage

Middle English, "pledge, formal pledge of a person's appearance to do battle," borrowed from Anglo-French — more at wage entry 1

borrowed from Anglo-French gager "to offer surety, give as a pledge," derivative of gage "pledge, gage entry 2"

The first known use of gage was in the 14th century 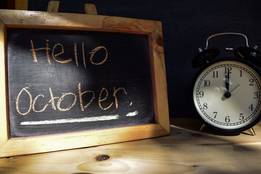 More from Merriam-Webster on gage