How long has caprice appeared in English?

The adjective capricious and its close relation, the noun caprice (a synonym of whim), both derive via French from the Italian capriccio, which originally referred not to a sudden desire but to a sudden shudder of fear. Capriccio, in turn, likely derives from the Italian capo, meaning "head," and riccio, the word for "hedgehog." The implication was that someone who shuddered in fear was said to have a "hedgehog head," meaning that the person's hair stood on end like the spines of a hedgehog.

Choose the Right Synonym for capricious

inconstant implies an incapacity for steadiness and an inherent tendency to change.

fickle suggests unreliability because of perverse changeability and incapacity for steadfastness.

performers discover how fickle fans can be

made anxious by her boss's mercurial temperament

unstable implies an incapacity for remaining in a fixed position or steady course and applies especially to a lack of emotional balance.

too unstable to hold a job

… every balloon voyage is a race between capricious winds and the amount of fuel on board. —

Tom Morganthau, Newsweek, 29 Mar. 1999 She is capricious, however, and is said to take bribes and wantonly peddle her influence from time to time. —

Hugh Drummond, Boston Magazine, November 1989 I don't believe in random occurrences or blind chance, though I know the patterns of this world are capricious and terribly complex. —

Leslie Marmon Silko, letter, 21 Aug. 1979 employees who are at the mercy of a capricious manager The court ruled that the punishment was arbitrary and capricious. See More
Recent Examples on the Web This has led critics, including N.F.L. owners at times, to claim that Goodell and the penalties the league have handed down have been capricious. —

New York Times, 1 Aug. 2022 Myth #4: AI is a machine that is trustworthy and will do as it is told, while humans are capricious and act on whims. —

Lance Eliot, Forbes, 2 May 2022 But the asylum system is notoriously capricious, as the Union-Tribune found in an analysis of 10 years of court records. —

Kate Morrissey, San Diego Union-Tribune, 10 Feb. 2022 For instance, the CDC’s masking recommendation in April 2020 was seen as arbitrary and capricious rather than reflecting greater evidence for airborne transmission and asymptomatic spread. —

Simar Bajaj, Smithsonian Magazine, 30 Dec. 2022 The Court majority stayed a district court ruling from last month that struck down the use of Title 42 as arbitrary and capricious. —

The Editorial Board, WSJ, 27 Dec. 2022 The Maryland Court of Special Appeals, the state’s second highest court, ruled in the organization’s favor, calling the fee-waiver denial arbitrary and capricious. —

Katie Mettler, Washington Post, 23 Dec. 2022 Kacsmaryk then permitted the states to amend their complaint to include questions highlighted by the Supreme Court, including whether the DHS decision was arbitrary or capricious. —

Dallas News, 15 Dec. 2022 In another blow to the F.D.A., the U.S. Court of Appeals for the 11th Circuit in late August set aside marketing denial orders for six e-cigarette companies, saying the agency there, too, had been arbitrary and capricious in its decisions. —

These example sentences are selected automatically from various online news sources to reflect current usage of the word 'capricious.' Views expressed in the examples do not represent the opinion of Merriam-Webster or its editors. Send us feedback.

1601, in the meaning defined above 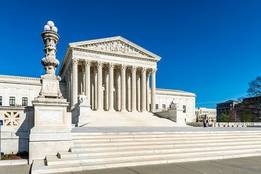 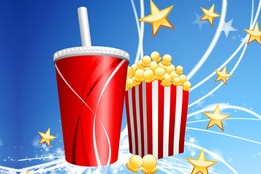 When a New York judge blocked a proposed ban on sugary ...

1
: governed or characterized by impulse or whim: as
a
: lacking a rational basis
b
: likely to change suddenly
2
: not supported by the weight of evidence or established rules of law —often used in the phrase arbitrary and capricious
capriciously adverb
capriciousness noun

More from Merriam-Webster on capricious