1a : a regulation or dogma decreed by a church council
b : a provision of canon law
2 [Middle English, from Anglo-French, from Late Latin, from Latin, model] : the most solemn and unvarying part of the Mass including the consecration of the bread and wine
3 [Middle English, from Late Latin, from Latin, standard]
a : an authoritative list of books accepted as Holy Scripture
b : the authentic works of a writer the Chaucer canon
c : a sanctioned or accepted group or body of related works the canon of great literature
4a : an accepted principle or rule
b : a criterion or standard of judgment the canons of good taste
c : a body of principles, rules, standards, or norms according to newspaper canon … a big story calls for a lot of copy— A. J. Liebling
5 [Late Greek kanōn, from Greek, model] : a contrapuntal musical composition in which each successively entering voice presents the initial theme usually transformed in a strictly consistent way

Definition of canon (Entry 2 of 3)

1 : a clergyman belonging to the chapter or the staff of a cathedral or collegiate church
2 : canon regular

1 : a deep narrow valley with steep sides and often with a stream flowing through it
2 : something resembling a canyon the city's concrete canyons
Synonyms Choose the Right Synonym What is the difference between cannon and canon? Phrases Containing canon Learn More About canon

Choose the Right Synonym for canon

What is the difference between cannon and canon?

Cannon and canon are occasionally confused by writers, but the two words have independent origins, and do not share a meaning. Cannon is most frequently found used in the sense of "a large gun," and can be traced to the Old Italian word cannone, which means "large tube." Canon, however, comes from the Greek word kanōn, meaning "rule." Although canon has a variety of meanings, it is most often found in the senses of "a rule or law of a church," "an accepted rule," or "a sanctioned or accepted group or body of related works." A loose cannon is "a dangerously uncontrollable person or thing." There are no loose canons.

First Known Use of canon

History and Etymology for canon

Middle English canoun, from Anglo-French *canoun, chanoun, from Late Latin canonicus one living under a rule, from Latin, according to rule, from Greek kanonikos, from kanōn

The first known use of canon was before the 12th century 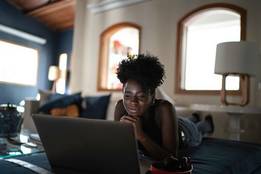 1 : a rule or law of a church
2 : an accepted rule He follows the canons of good taste.

1a : a regulation or doctrine decreed by a church council
b : a provision of canon law
2a : an accepted principle or rule canons of descent
b : a body of principles, rules, standards, or norms

History and Etymology for canon

More from Merriam-Webster on canon