: the one as well as the other both of us

—used as a function word to indicate and stress the inclusion of each of two or more things specified by coordinated words, phrases, or clauses prized both for its beauty and for its utilityhe … who loveth well both man and bird and beast— S. T. Coleridge

: being the two : affecting or involving the one and the other both feet both his eyes both these armies
More Example Sentences Phrases Containing both Learn More About both

Examples of both in a Sentence

Recent Examples on the Web: Conjunction Case in point: Right after King Arthur cuts off one, then both, of the Black Knight’s arms, a woman walks in with a basket and scoops them up. — Joanne Engelhardt, The Mercury News, 3 May 2017 Get her to the Early Bird, a charming little breakfast spot with locations in both Westminster and DTC that is super casual and super good. — Allyson Reedy, The Know, 23 Apr. 2017 After a bullpen session, Pini suggested Gavin turn his two solid breaking balls (a curveball and a slider) into one really strong pitch, a slurve (combo of both), that became a bit more like a slider. — Mirin Fader, Orange County Register, 4 Apr. 2017 What are your biggest concerns and priorities at this time — both in terms of the regulatory as well as industry development? — Alicia Wallace, The Cannabist, 31 Mar. 2017 It was built in 1922 at 107 E. Chestnut St. Both the city of Stillwater and Washington County, which had first and second dibs, declined to purchase the building. — Mary Divine, Twin Cities, 27 Feb. 2017 Neither squad has lost an in-state game yet, as both the Grizzlies (9-1) and the Patriots (10-1) each went 3-1 in their respective brackets in the prestigious Tarkanian Classic from Dec. 16-20 in Las Vegas. — Kyle Newman, The Denver Post, 3 Jan. 2017 Recent Examples on the Web: Adjective One can see a scenario where both the front four and the back four in the OSU defense exceed expectations. — Nathan Baird, cleveland, 30 May 2020 The board granted Shoureshi both those things in a compensation package stuffed with goodies. — oregonlive, 27 May 2020 Some will gather safely to barbecue and grill, others unsafely, still more on the dangerous precipice between the two, celebrating both the start of summer and the lives lost in service to our nation. — Sam Sifton, New York Times, 20 May 2020 Now, the coronavirus has laid bare just how essential the financial health of both the consumer and the travel provider are to the businesses of online middlemen. ... — Laura Forman, WSJ, 2 May 2020 Consider, for example, Charlotte Perkins Gilman's feminist horror story The Yellow Wallpaper, in which the wallpaper itself is a trickster figure, becoming both a symbol of oppression and personal liberation. — Hadley Mendelsohn, House Beautiful, 30 Apr. 2020 Alternative treatments that address both these issues are starting to become more readily available to the market, but those can cost tens of thousands of dollars a year for treatment. — Shalwah Evans, Essence, 15 Apr. 2020 However, since then, both the figures have been consistently rising. — Manavi Kapur, Quartz India, 12 Apr. 2020 This is a very fluid situation, where both the depth and specific assignments are up in the air as OU marches toward summer. — Spenser Davis, Dallas News, 19 Mar. 2020 See More

These example sentences are selected automatically from various online news sources to reflect current usage of the word 'both.' Views expressed in the examples do not represent the opinion of Merriam-Webster or its editors. Send us feedback.

First Known Use of both

History and Etymology for both

Middle English bothe, from pronominal use of bothe both entry 3

Middle English bothe, from the use of the quantifier bothe both entry 3 as a correlative conjunction

Middle English bothe, a compound of bo "two of a pair, both" and the, definite article, going back to Old English bā þā "both the, both these" (attested once late), from bā, feminine and sometimes neuter nominative of bēgen "both" + þā, plural of se, sēo, þæt, definite article; bēgen, bā, bū (neuter) going back to Germanic *bai (whence also Gothic bai "both," neuter ba), going back to Indo-European *h2(e)nt-bhoh1 (with loss of the initial element and assimilation of the endings to the nominal declensions); other Germanic languages show early merger of the quantifier and the article, as Old Frisian bēthe, beithe "both," Old Saxon bēthie, bēthiu, Old High German beide, bēde, Old Icelandic báðir (but genitive beggja, probably after tveggja, genitive of tveir "two") — more at ambi-, the entry 1

Note: Middle English bothe is also thought to reflect the Old Norse form exemplified by Old Icelandic báðir, given the scarcity of the evidence for the collocation bā þā in Old English, though other inflected forms of begen, bā, bū followed by the inflected article are attested; see discussion and note on forms in Oxford English Dictionary, third edition. The Old English masculine nominative bēgen mirrors twēgen, the masculine of "two" (compare twain entry 3); the origin of the forms is uncertain—see discussion and bibliography in R.D. Fulk, A Comparative Grammar of the Early Germanic Languages, John Benjamins, 2018, pp. 222-23.

Learn More About both

Time Traveler for both

The first known use of both was before the 12th century 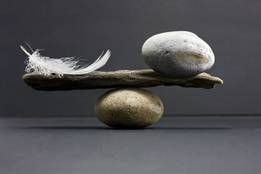 Dictionary Entries Near both

More Definitions for both

Kids Definition of both

: each one of two things or people : the two both of us

Kids Definition of both (Entry 2 of 3)

Kids Definition of both (Entry 3 of 3)

: the two Both books are mine.

More from Merriam-Webster on both

Nglish: Translation of both for Spanish Speakers

Britannica English: Translation of both for Arabic Speakers