preposition
Save Word
\ ət, ˈat

: a monetary subunit of the kip — see kip at Money Table

informal
: to respond to, challenge, or disparage the claim or opinion of (someone) —usually used in the phrase don't @ me It goes without saying that Lucille Ball's comedic timing is unmatched—don't @ me, you'll be wrong.— Matt BrennanI'll cut right to the chase: Men should be able to wear makeup, don't at me.— Carine Green

Examples of at in a Sentence

Recent Examples on the Web: Preposition The dusty, exposed plains starkly contrast with what the site would have looked like at the end of the Cretaceous Period. — Katie Hunt, CNN, 11 May 2022 On Tuesday night, Mayor Ruthanne Fuller said in a statement that city officials do not plan on reinstating masking requirements at this time. — Globe Staff, BostonGlobe.com, 11 May 2022 More Americans will probably travel than at any time since the start of the coronavirus pandemic. — Washington Post, 11 May 2022 The Utah Debate Commission told The Salt Lake Tribune that candidates agreed to respond within 48 hours and that moderators would be named at that time. — Bryan Schott, The Salt Lake Tribune, 11 May 2022 European gas futures seesawed on the news, meaning consumers may face higher energy bills at a time of already rising prices. — Elena Becatoros And Jon Gambrell, Chicago Tribune, 11 May 2022 The motive, the state said, was the impending birth of his daughter with his secret lover, Sara Ganzer, who was seven months pregnant at the time of the crimes. — Taylor Hartz, Hartford Courant, 11 May 2022 The sophomore comedy series from television powerhouse Issa Rae, called Rap Sh!t, couldn't have come at a better time. — Bianca Betancourt, Harper's BAZAAR, 11 May 2022 Conditions were dry at the time of both crashes, according to authorities. — Arkansas Democrat-gazette, Arkansas Online, 11 May 2022 Recent Examples on the Web: Noun Being an at-will employee, Moldenhauer will start with an annual salary of $115,000, along with health care and participation in the Illinois Municipal Retirement Fund (IMRF). — Hank Beckman, chicagotribune.com, 14 Dec. 2021 His 22 hits this month match his output from June in just over half the at-bats. — Mike Mavredakis, courant.com, 19 July 2021 Those who want their Ryzen 5000 CPU in a stylish, lightweight package should add HP's new Pavilion Aero 13 to their look-at list. — Gordon Mah Ung, PCWorld, 29 June 2021 His first and second at-bats in Thursday's early game produced a 105.1 mph exit velocity (line out to shortstop) and 108.7 mph exit velocity (double), respectively. — Evan Petzold, Detroit Free Press, 29 Apr. 2021 Singer hired Gelbman for the at-will position, but Sheen terminated his employment a month later, the documents state, prompting the mayoral candidate’s lawsuit. — Anna Caplan, Dallas News, 27 Apr. 2021 All the at-bats in that inning to get me into that situation really speaks a lot of our team there. — James Crepea | The Oregonian/oregonlive, oregonlive, 24 Apr. 2021 In addition, the at-will employee structure lends to adjuncts’ disposability. — Janice Gassam Asare, Forbes, 26 Feb. 2021 Low-level employees bear the brunt of the at-will doctrine, here in Minnesota and elsewhere, especially during the pandemic, as furloughs, layoffs and job terminations have moved them from the workplace into the ranks of the unemployed. — Star Tribune, 17 Jan. 2021 See More

These example sentences are selected automatically from various online news sources to reflect current usage of the word 'at.' Views expressed in the examples do not represent the opinion of Merriam-Webster or its editors. Send us feedback.

First Known Use of at

History and Etymology for at

Learn More About at

Time Traveler for at

The first known use of at was before the 12th century 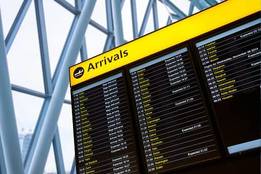 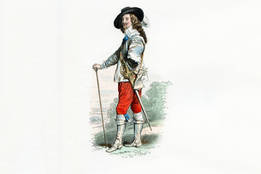 Dictionary Entries Near at

More Definitions for at

Kids Definition of at

Medical Definition of at

Medical Definition of At (Entry 2 of 3)

Medical Definition of AT (Entry 3 of 3)

More from Merriam-Webster on at

Thesaurus: All synonyms and antonyms for at

Nglish: Translation of at for Spanish Speakers

Britannica English: Translation of at for Arabic Speakers