1
a
: to claim or seize without justification
b
: to make undue claims to having : assume
2
: to claim on behalf of another : ascribe
arrogation
ˌer-ə-ˈgā-shən

The resemblance between arrogate and arrogant is more than coincidence: they both have the Latin verb arrogare, meaning “to appropriate to one's self,” at their root. This idea of claiming or seizing something as one’s right is immediately apparent in the English word arrogate: the word is used primarily to talk about taking or claiming a right or a privilege in a way that is not fair or legal. In arrogant the idea of appropriation is slightly veiled: by showing an offensive attitude of superiority, an arrogant person claims—that is, arrogates—more consideration than they are due.

They've arrogated to themselves the power to change the rules arbitrarily. She arrogated the leadership role to herself.
Recent Examples on the Web But who, aside from the advertising executives at OkCupid, would want to arrogate to themselves this sort of authority, cataloging novel ethical codes of romance?

The Editorial Board, WSJ, 2 Mar. 2022 The Chinese Communist Party, bizarrely, arrogates to itself the right to approve his successor.

The Economist, 11 Dec. 2019 The pattern is always the same: One branch arrogates to itself a power reserved to another.

Sherif Girgis, National Review, 5 Dec. 2019 While Europa Clipper’s development has proceeded apace, however, the SLS rocket has remained mired in setbacks and was arrogated by the Artemis lunar program instigated by the Trump administration.

Jillian Kramer, Scientific American, 20 Aug. 2019 The rapid team collapse was head-spinning news not only in Australia but also among worldwide fans of cricket, a sport that arrogates to itself a particular moral sanctimony.

These example sentences are selected automatically from various online news sources to reflect current usage of the word 'arrogate.' Views expressed in the examples do not represent the opinion of Merriam-Webster or its editors. Send us feedback.

borrowed from Latin arrogātus, past participle of arrogāre "to appoint along with (another magistrate), lay claim to, claim to possess, make undue claims, be conceited," from ar-, assimilated form of ad- ad- + rogāre "to ask, request" — more at rogation 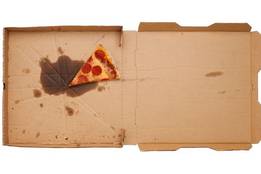 Calling 'Dibs': It's A Child's Game

Before calling them, people threw them.

arrogated; arrogating
1
: to take or claim for one's own without right
2
: to attribute to another especially without good reason
arrogation
ˌar-ə-ˈgā-shən

More from Merriam-Webster on arrogate