Affectation looks a lot like a much more common word, affection. But the two are used very differently.

The more familiar word, affection, in modern use means "a feeling of liking and caring for someone or something," as in "They show their dog a lot of affection."

Affectation, on the other hand, refers to a form of behavior that's unnatural to the person engaging in it, and that is meant to impress other people. A phony accent someone uses to sound more sophisticated, for example, can be considered an affectation, as can pretending to know all about some obscure band in order to seem cool.

The words don't have much in common in their use, but their similarity in appearance is not coincidence. Both have to do with one of the trickiest words in the language: affect.

Affect is one of the most frequently looked-up words in the dictionary, primarily because of its regular confusion with effect. The short rationale that you often hear when it comes to distinguishing the two is that effect is usually a noun and affect is a verb. The breakdown isn't all that simple, however, and what makes things even more confusing is that there are two verb entries for affect.

One affect entry is for the sense meaning "to produce an effect upon (someone)" or "to act upon (a person, a person's mind or feelings, etc.) so as to effect a response." This is the sense that connects to affection, as in "We were affected by the young woman's heartfelt speech." Being affected by something in this way doesn't necessarily result in affection, but it can.

The other verb affect is defined as "to make a display of liking or using : cultivate" or "to put a pretense on : feign." It is used when talking about things like styles or mannerisms, as in "He affected a British accent and tweedy look after reading nothing but Sherlock Holmes stories for months on end."

The two verbs affect took different etymological paths from the same origin. The "put on a pretense" sense of affect derives via Middle English and Anglo-French from the Latin affectāre, meaning "to try to accomplish, strive after, pretend to have." Affectāre is a derivative of afficere, which means "to produce an effect on, exert an influence on"; the affect related to affection is from a variant of afficere.

Choose the Right Synonym for affectation

pose implies an attitude deliberately assumed in order to impress others.

her shyness was just a pose

air may suggest natural acquirement through environment or way of life.

affectation applies to a trick of speech or behavior that strikes the observer as insincere.

the posh accent is an affectation

mannerism applies to an acquired eccentricity that has become a habit.

gesturing with a cigarette was her most noticeable mannerism

His French accent is just an affectation. a woman of great affectation at social gatherings
Recent Examples on the Web Many officials speak of producing offspring as a moral duty, with Supreme Leader Ayatollah Ali Khamenei condemning those who don’t as indulging in a decadent bourgeois affectation.

Rachel Desantis, Peoplemag, 9 Aug. 2022 According to the business consultant turned motorcycle repairman turned best-selling author Matthew Crawford, attending to that sense is not just an affectation.

Ian Bogost, The Atlantic, 8 Aug. 2022 Unable to discern mimicry from characterization, behavior from affectation, many allow fame and legend to pass for worthiness.

Armond White, National Review, 6 July 2022 His collection of canes — likely used as an affectation rather than out of necessity — are sprinkled throughout.

Lennie Omalza, The Courier-Journal, 14 Apr. 2022 Under any name, this Tennessee native stands out with her distinctive, affectation-free sonic gumbo.

George Varga, San Diego Union-Tribune, 8 Apr. 2022 With or without guests, the Watkins charm with heartfelt songs that are earthy, eloquent and free of even a hint of affectation or false emotion.

George Varga, San Diego Union-Tribune, 1 Apr. 2022 That can be an accent, or a tone, or some Transatlantic affectation, the voice is always key.

These example sentences are selected automatically from various online news sources to reflect current usage of the word 'affectation.' Views expressed in the examples do not represent the opinion of Merriam-Webster or its editors. Send us feedback.

borrowed from Middle French & Latin; Middle French affectation, borrowed from Latin affectātiōn-, affectātiō "striving after, strained manner (in rhetoric)," from affectāre "to strive after, try to accomplish, pretend to have" + -tiōn-, -tiō, suffix of action nouns — more at affect entry 2 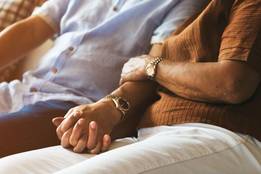 : an unnatural form of behavior usually intended to impress others
the accent was an affectation

More from Merriam-Webster on affectation