One is an idiom; one is an eggcorn.

Would just as soon is an idiom that means you would much rather something (or anything) else than what was suggested, such as "I would just as soon starve than eat there again." This phrase is sometimes incorrectly stated or written as "would just assume," which is an eggcorn, or a soundalike phrase that is used mistakenly. 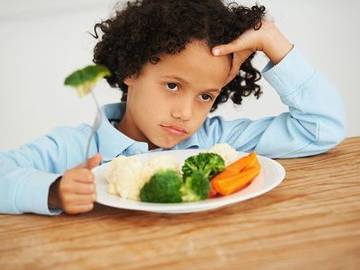 "I would prefer not to."

Despite the Lightning's less-than-stellar postseason performance most Lightning fans would just assume forget, the Bolts had a stellar regular season in 2018-19.
— Boltsbythebay.com, 3 Oct. 2019

Hyde wound up leading the Texans with 1,070 yards, which set a career high for the 2014 second-round pick and left him feeling like he’d just assume pick up where he left off rather than start fresh with a different team.
— NBCSports.com, 13 Jan. 2020

What is an Eggcorn?

We assume—or, rather, we think that it is likely—that many readers of the above quotes caught something that stuck out. But that's just an assumption. The eggcorn, which is a word or phrase that sounds like and is mistakenly used for another, in the quotes tells us that the mistake is wily enough to slip past writers and copyeditors alike. So as not to leave readers in the dark, "would just assume" should be "would just as soon." Here are a couple examples using the correct phrase (just can be omitted):

We asked him to come with us, but he said he'd just as soon stay home and watch a movie.

I would (just) as soon starve than go to that restaurant again.

It's a rich and unusual theme for a TV drama to explore: the idea that the world is done with you, would just as soon you went away, and yet you just have to keep on living and living.
— James Poniewozik, Time, 16 May 2012

It always feels impolite to walk between a camera and its object, even if it means hanging around for half an hour on a narrow bridge, waiting for the photographer to compose the perfect picture. But who would dare break into the field of vision policed by a selfie stick? I would as soon walk between two lovers kissing. — Howard Jacobson, BBC.com, 10 Apr. 2015

Other "would" phrases are "would sooner" or "would rather."

She would rather drive than take the train.

Cooking is sometimes about fantasy and today’s is that you’re going to bake black and white cookies this evening, on a Monday night in the middle of July, when most people would sooner read old TV Guides at the laundromat than turn on the oven.
— Sam Sifton, The New York Times, 15 July 2019

All these forms of expression are used to indicate what someone wants or prefers to do, have, etc., over something else, and soon adds a sense of immediacy or promptness to them as well as to the common "the sooner the better" and "no sooner said than done." Non-idiomatic examples of the adverb are "She found a job soon after graduation" and "I'll get there as soon as I can."

As and soon have a history together. Early evidence of the pair goes back to the 13th century, and in the past, they were sometimes written as one word—for example, assone, assoone, asoone, and assoon.

Assone as he had ended his devotion, … he was willing to sweeten the tast of this passed tumult, with some rural pastimes.
— Sir Philip Sidney, The Countesse of Pembrokes Arcadia, 1613

Come, come, thou art as hot a jacke??CHECK(SACKE?) in thy moode, / as any in Italie; and assoone moved to be moodie, and assoone / moodie to be moved.
—The Most Lamentable Tragedie of Romeo and Juliet, in Twenty of the Plays of Shakespeare, 1766

Incorrect Usage of 'Would Just Assume'

We assume "would just assume" was first hatched shortly after the longtime pair "as soon" begins to be applied in the phrase "would just as soon." When exactly that first occurs, we can't say for sure. We can say with confidence, however, that there is definitely a phonetic similarity between "as soon" and assume and that the use of assume in the set expression is syntactically illogical—which qualifies "would just assume" as an eggcorn.

It should be pointed out that in some contexts, the verb assume properly follows the modal verb would, as in "I would just assume [=think, suppose] the opposite" or "I would assume that he'd be joining us." These examples illustrate the familiar "guessing" sense of assume. But there is no guessing implied by the idiom "would (just) as soon"; rather, it implies that a subject "would rather," "would sooner," or "prefers to" carry out the action indicated by the following verb than a stated or suggested alternative.