Yes, but one implies confidence

Although presume and assume both mean "to take something as true," "presume" implies more confidence or evidence backed reasoning. An "assumption" suggests there is little evidence supporting your guess. Think carefully before using them interchangeably or you may lose some meaning.

Assume and presume both mean "to take something for granted" or "to take something as true." The difference between the words lies in the degree of confidence held by the speaker or writer. If he or she is making an informed guess based on reasonable evidence, presume is the word to use; if a guess is made based on little or no evidence, assume is usually used. (This is not true, however, in the legal catchphrase "presumed innocent until proven guilty." That sense of presume is separately defined as "to suppose to be true without proof" and is based on the fact that legal systems grant the presumption of innocence, thereby placing the burden of proof on the prosecution.) 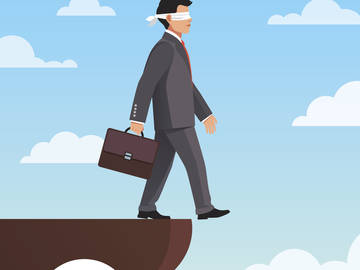 Origin of Presume vs. Assume

In the 1828 An American Dictionary of the English Language, Noah Webster nicely distinguishes the different uses of the words. He defines presume as "to take or suppose to be true or entitled to belief, without examination or positive proof, or on the strength of probability," and assume as "to take for granted, or without proof; to suppose as a fact." The etymologies of these words reflect Webster's defining. Both words ultimately derive from the Latin verb sumere, meaning "to take." The ancestor of presume was formed by joining that verb with the Latin prefix prae- (pre- in English), meaning "before," whereas the ancestor of assume was formed with ad-, meaning "to" or "toward." Translated: praesumere means "to take in advance," and adsumere, "to take to oneself." Hence, for Webster, to presume something was to take it to be true or likely in advance because it is "entitled to belief" or because of "the strength of probability," and to assume something was to take it and adopt it as fact.

The current definition of presume is "to expect or assume especially with confidence," which indicates that assume and presume have become interchangeable, and in actual usage this is often the case.

An observer would assume that all of us—humans and shorebirds alike—are guilty of heliolatry (worship of the sun).
— George Thatcher, The Biloxi (Mississippi) Sun Herald, 22 Jan. 2013

Consumers accept the fact that decaffeinated coffee costs more than regular coffee. They assume that decaffeinated coffee is made by putting regular coffee through an extra process that removes part of the caffeine, and it is logical that an extra process should add to the cost of the finished product.
— Bill Gold, The Washington Post, 2 Dec. 1980

American parents like me just assume that we'll have to chase our kids around the park all afternoon or spend half a dinner party putting them to bed.
— Pamela Druckerman, Bringing Up Bébé, 2012

The push for men to express their feelings presumes that we have feelings, and we do have a few, but they remain submerged, and the airing of them often violates their authenticity. — Roger Rosenblatt, Time, 7 Dec. 1998

The animal is presumed to have died from delayed complications, such as severe malnutrition and general debilitation, the systemic spread of infection, or possibly … pneumonia.
— Janet D. Gross et al., Research & Exploration, Summer 1993

This book is meant to be accessible to anyone, without presuming any in-depth knowledge of Canadian society on the part of the reader.
— Will Ferguson, Beauty Tips from Moose Jaw, 2004

Though presume is generally interchangeable with assume, it still tends to imply a confidence held by the speaker or writer that is not associated with assume—which is defined as "to take as granted or true." This distinct quality of presume means that the word is not a true synonym of assume. When assume is substituted for presume, something may be lost.