'Spox' May Go On The Record

From newsroom lingo to the mainstream

Efficiency is the force behind a lot of language innovations. It's brought us everything from brunch to would've to the entire idea of pronouns.

Efficiency is also the impetus behind spox. It's a shortened form of spokesperson or spokesman, pronounced either as \ˈspōks\ (that is, like "spokes"), or \ˈspäks\ (that is, like more than one Mr. Spock: Spocks). 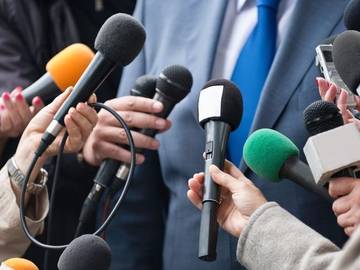 Our preliminary research has found evidence for spox as early as a 1989 Associated Press article, but it was simmering mostly out of public view for years. Until, that is, the demand for efficiency on a particular social media platform proved it too useful:

Structurally spox owes a debt to the word pix, which is of early 20th century vintage and used as a plural of pic, a late 19th century coinage that can refer both to a photograph and to a motion picture. The \ks\ rendered as x is a useful device in informal shortenings of documents as dox and thanks as thnx as well. (Note that dox has another meaning too, and is something we maintain you should not do.)

The word seems mostly to have persisted in journalism lingo until that 140-character count propelled spox into the Twitter feeds of millions. Like presser as used to refer to a press conference, as well as the -OTUS group, it has the feel of a word that thrives in the newsroom but doesn't quite belong in the final version of the news copy. In the Information Age the line between those is blurry, though, and the public has a window into the former that it never did before, which in turn makes all of these words more likely to appear in final copy as well.