We're more connected than ever—especially to people we'll never meet in real life—which can be both a beautiful thing and a scary thing. In the "scary" column of that tally, we can list the threat of being swatted. 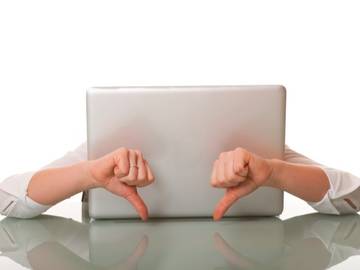 To 'dox' someone is to publicly identify or publish private information about that person—especially as a way of getting revenge. To 'swat' someone is to falsely report a dangerous situation that provokes a police response. Both acts are malicious and harmful.

It doesn't sound all that bad, as scary things go, right?

But we're not talking about the swatting that means "to hit with a sharp slapping blow." No, this new swat is more sinister.

To swat someone in the new sense of the word is to falsely report a crime or dangerous situation that provokes a police response—especially one that involves a SWAT team—at that person's home or place of business. Schools are also increasingly victims of swatting.

While the FBI doesn't keep statistics on the number of incidences of swatting, it seems to have become an increasingly common form of abuse in recent years, with numerous high profile cases, including the targeting of celebrities, and in particular, members of the online-gaming community.
—Luke O'Neil, Esquire, 12 Apr. 2016

A SWAT team—SWAT is an acronym for "special weapons and tactics"—is a police or military unit that's specially trained and equipped to handle unusually hazardous situations or missions. One has only to recall the more frightening moments of police dramas to recognize what a terrifying form of harassment swatting is.

Swatters typically use technology to block or mask caller ID, and can have motives that range from a simple desire to play a joke to a real wish to harass someone they feel deserves harassment.

The term is relatively new; our preliminary research dates it to late 2007, with newspapers reporting the practice from a year or two before that. Though it's often called a "prank," it only qualifies as such in the oldest (now obsolete) meaning of that word. When prank was first used in the early 16th century it meant "a malicious or harmful act."

The term swat has been a little slower to catch on than another term it's often linked to: dox.

To dox (or doxx) someone is to publicly identify or publish private information about that person—especially as a way of punishing the person or getting revenge. Unlike the person who's doxed, the one doing the doxing can remain anonymous, though often that person is known.

For the uninitiated, doxxing has come to refer to the practice of distributing personally identifiable information via the Internet, most often as a means of harassing or bullying the target.
—Brad Jones, Digital Trends, 9 Feb. 2016

The term dates at least as far back as 2009, but had an earlier incarnation (or several) that make the origin a little clearer: dropping docs and doc-dropping (and variants on those) describe the same act. Here documents refers not to particular papers or files, but to the personal information found in our more private documents: full name, address, social security number, employer, etc. In a world where online anonymity is valued and traditionally respected, doxing someone is a real violation.

Swat was added to the M-W.com Dictionary in April 2019, while dox followed close behind with addition in October 2021.