Pro- is a common prefix in the English language that has a couple of quite different broad meanings. It has the basic meaning of "for" or "favoring," as in the words pro-democracy or proponent (which is from the same Latin source as propose and implies the one who proposed something is doing so in favor); however, the prefix can also mean "before" or "in front of," as in proceed ("to move in front"), progress ("to move forward"), and prominent ("standing out [in the front])." 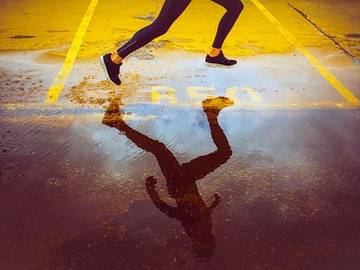 The 'pro-verb': like a pronoun, but standing in for a verb

15th-century linguists took the "for" meaning of pro- and formed pronoun, which refers to words, such as she and who, that substitute for nouns or noun phrases that either occur before or after in context. In the sentence, "The book that won is based on a true story," for example, that is a relative pronoun "for" the antecedent book. In "It has been countlessly retweeted, and the meme has essentially gone viral," it is the pronoun and its referent or antecedent (an antecedent, by definition, is a word or phrase that is represented by another word anywhere in context, even though the prefix ante- means "before") is meme.

In addition to the pronoun, there is the lesser known pro-verb, which, like the pronoun, is a stand-in—in this case, it is a word filling in for an antecedent verb or predicate to avoid repetition. (Proverb, the word used for a brief popular saying, is much older, dating to the 14th century, and is from Latin proverbium, which is based on verbum, meaning "word" and is the root of English's verb.) The linguistic term pro-verb entered English in the 19th century, and the exemplary pro-verbs are inflections of the verb do. For instance, do in the sentence "My brother plays baseball and I do too" is a pro-verb that stands in for "play baseball." In "I liked the movie; she did too," did is the pro-verb. Another example of do as a pro-verb is in response to questions:

Auxiliary, or helping, verbs—such as be, have, can, and will—also function similarly to the pro-verb do in that they express meaning mentioned elsewhere in context.

He will not help you, but I will [help you].

You might also find an adverb functioning as a substitute for another word or phrase, like there (which can mean "in or at that place") for "in the cabinet" in the sentence "Look in the cabinet, you'll find what you are looking for there" or yes in response to "Did you finish your report?" (yes being interpreted as "I finished my report"). The adverbs so, too, as well, and other similar terms can also be considered substitutes for words or phrases in the same context:

"I'm hungry." "Me too" [="Me hungry" (a statement that Jim Henson's Animal or Marvel Comics' the Incredible Hulk might say)]

Such words and expressions are most often discussed as pro-forms in linguistics. (Pro-adverb is also used.) Pro-forms are meant to avoid anaphora, which is defined as "repetition of a word or expression at the beginning of successive phrases, clauses, sentences or verses especially for rhetorical or poetic effect." Abraham Lincoln's declaration in the historic Gettysburg Address that "we cannot dedicate—we cannot consecrate—we cannot hallow—this ground" is an example of anaphora. The opposite of this is epistrophe, which has the repeated term at the end instead of the beginning, as in "of the people, by the people, for the people," again quoting Honest Abe.

In short, pro-forms, pronouns, and pro-verbs shorten everyday communication by avoiding repetition through a shorter substitution. We'll end here before we begin repeating ourselves.