While both can cause disease, viruses are not living organisms, whereas bacteria are. Viruses are only "active" within host cells which they need to reproduce, while bacteria are single-celled organisms that produce their own energy and can reproduce on their own. Bacteria serve many vital roles in nature outside of being infectious. 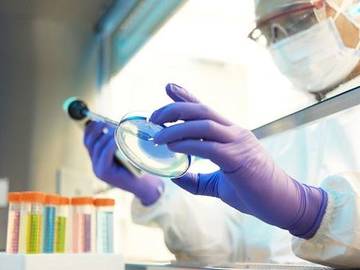 The two most common causative agents of infectious disease are the virus and bacterium. Both of these pathogens are invisible to the naked eye, allowing for their stealthy transfer from person to person during an outbreak of a contagious disease. While they rightly share a nasty reputation as disease agents, their properties apart from the harm they cause are quite dissimilar.

What is the Difference between Viruses and Bacteria?

Viruses are not living organisms, bacteria are. Viruses only grow and reproduce inside of the host cells they infect. When found outside of these living cells, viruses are dormant. Their “life” therefore requires the hijacking of the biochemical activities of a living cell. Bacteria, on the other hand, are living organisms that consist of single cell that can generate energy, make its own food, move, and reproduce (typically by binary fission). This allows bacteria to live in many places—soil, water, plants, and the human body—and serve many purposes. They serve many vital roles in nature by decomposing organic matter (maybe not that vital to anyone who's forgotten leftovers in the back of the fridge) and by converting nitrogen, through nitrogen fixation, to chemicals usable by plants. Bacteria even know how to work as a team through something called quorum sensing.

Bacteria are giants when compared to viruses. The smallest bacteria are about 0.4 micron (one millionth of a meter) in diameter while viruses range in size from 0.02 to 0.25 micron. This makes most viruses submicroscopic, unable to be seen in an ordinary light microscope. They are typically studied with an electron microscope.

Their mode of infection is different. Because of their distinct biochemistry, it should come as no surprise that bacteria and viruses differ in how they cause infection. Viruses infect a host cell and then multiply by the thousands, leaving the host cell and infecting other cells of the body. A viral infection will therefore be systemic, spreading throughout the body. Systemic diseases caused by viral infection include influenza, measles, polio, AIDS, and COVID-19. Pathogenic bacteria have a more varied operation and will often infect when the right opportunity arises, so called opportunistic infection. The infection caused by pathogenic bacteria is usually confined to a part of the body, described as a localized infection. These infections may be caused by the bacteria themselves or by toxins (endotoxins) they produce. Examples of bacterial disease include pneumonia, tuberculosis, tetanus, and food poisoning.

How Viruses Interact with Bacteria

Viruses can infect bacteria. Bacteria are not immune to viral hijackers which are known as bacteriophages—viruses that infect bacteria. We don’t want to judge, but this may be one more reason to put viruses one notch higher in the nasty germs hierarchy. 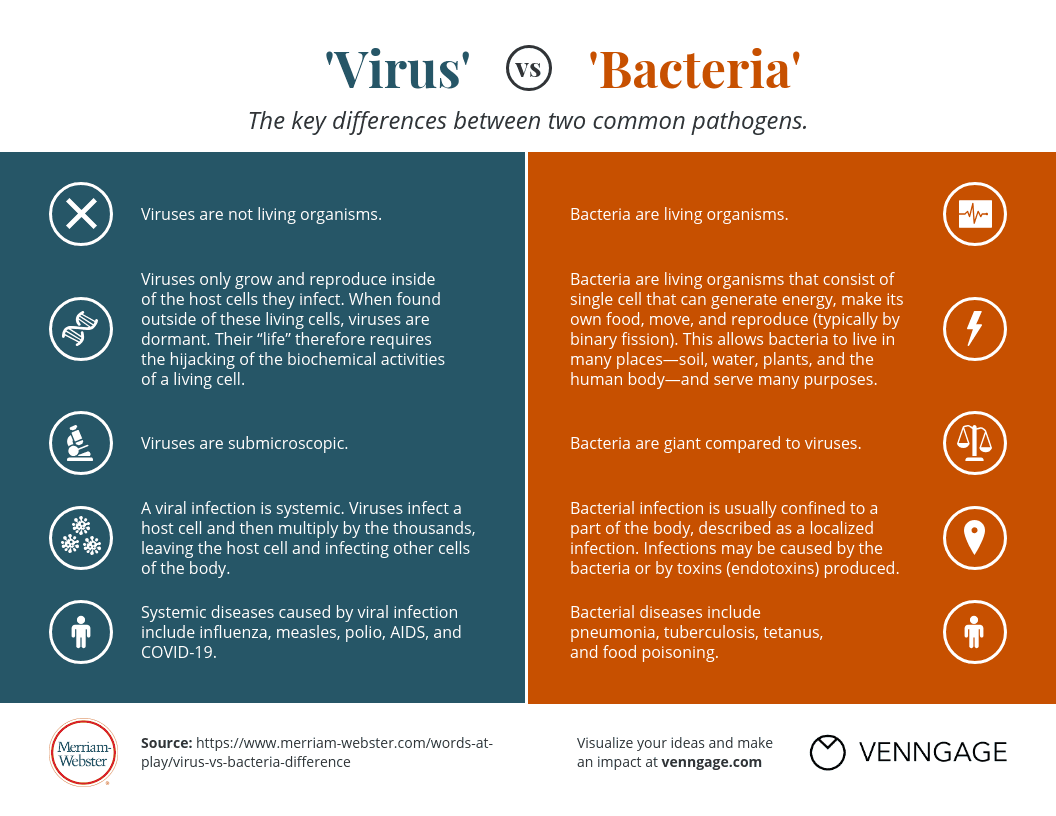