Dipping into 'Swum' vs. 'Swam'

Which is the correct past participle?

Swim is an irregular verb; swam is the past tense of swim, while swum is the past participle. Swum is used after have, as in "I have swum in that pool before."

Passing by a scenic lake on a road trip, a friend might point out that they have swam in its crystal-blue water. Another might say that they, too, have swum in it. The grammarian road tripper in the car catches the incorrect usage of swam and chimes in: "Swum is the correct inflection of swim when using it in the present perfect or past perfect tenses. Basically, swam is not used after have or had. It is the past tense of swim, not the past participle." Heads and eyes subsequently begin to swim. 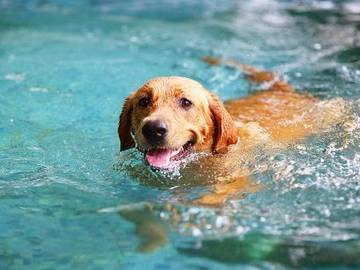 Who's a good swimmer?

Past Tense vs. Past Participle

[Present perfect] "More people probably swam last week than have swum in the past decade," says Daniel Start, the author of several Wild Swimming guides to finding the best places for a dip across the UK and beyond.
— Susie Mesure, iNews, 4 June 2020

[Future perfect] By the time she hits the shores of Kent, England late on Monday, it’s expected that Thomas will have swum non-stop for around 50 hours.
— Phil Boucher, People, 16 Sept. 2019

In some dialects, swam following have—though, by rule, incorrect—is not unheard of, especially in casual conversation.

I have had a chance to sing with so many people that I admire. The one person that I won't ever get to sing with is Linda Ronstadt because she doesn't sing anymore. But I feel like I have swam around in the same circles with her because I have gotten a chance to sing with Don Henley and Aaron Neville and Emmylou Harris.
— Trisha Yearwood, quoted in The Tulsa (Oklahoma) World, 15 Sept. 2019

Even swimmed has been used, but please avoid using this in speech and writing. Swim isn't a regular verb and it will likely get flagged as an error if inflected as one.

Additionally, swum occasionally is heard in place of swam as the simple past-tense verb (which does not have an auxiliary verb, such as have)—for example, "I swum in the ocean every day while on vacation." Again, this use might be acceptable in some dialectal speech, but it is inadvisable in written or formal communication.

According to the rules for inflecting irregular verbs (the regular past tenses, in English, are usually formed by adding -ed—talked or walked—or -d or -t—placed or dealt), swam is the past tense and swum is the past participle, which follows the inflections of other irregulars, such as drank and drunk for drink, rang and rung for ring, and sang and sung for sing. The pattern is the a-u-i root vowel change from the past tense to the past participle to the infinitive.

Although you might see or hear swam used after a form of have, the construction doesn't follow the participle rule of irregular verbs and might draw criticism—at least by those knowledgeable about the rule. In casual speech, you might be forgiven for the slip—but not in written expression. Swum is the standard past participle to be used with have. Swam may be gaining a level of acceptance as such in spoken use but not in writing.