'Cease' vs. 'Seize': Explaining the Difference

A cease and desist on confusion between them.

Cease is a verb that means "to come to an end" or "to discontinue something." Seize generally refers to taking control or possession of something. These words don't have much overlap to cause confusion, but seize can sometimes mean "stop" when used in the phrase "seize up," as when the gears of a machine "seize up."

Cease and seize are two verbs that are sometimes mistakenly used (rather inexplicably) in place of one another, as these examples show:

If you want to reach some of your fitness goals stop using these lame excuses and cease the day!
— ChicagoNow.com, 31 May 2017

Like all New York City restaurants, the hotel's NoMad Restaurant, NoMad Bar and Library seized operations due to restrictions on indoor dining. Then in the summer when other restaurants re-opened with outdoor seating the property didn't follow suit instead opting for something bigger later.
— Forbes, 24 Sept. 2020

The confusion perplexes because the two verbs are not homophones, words that sound alike; they have different meanings; and besides the e's in the same position in the 5-letter words, they have no similarity in spelling. The most likely explanation for their occasional mix-up is that they have similar semantic connotations indicating stopping or ending. But to be clear, the words have specific meanings, and we seize the opportunity to bring clarity to the usage of these dissimilar but sometimes confused verbs. 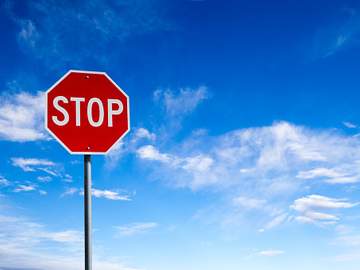 Seize this opportunity for knowledge!

How to Use 'Cease'

Cease is a transitive verb meaning "to cause to come to an end especially gradually" or "to no longer continue"—in a word stop or end—as illustrated in collocations having a direct object following the verb, as in "to cease operations" or "to cease fire," and those having cease followed by an infinitive form, "The theater would cease to exist without donations," "The owner ceased to have regrets about relocating," or "The chef's culinary creations never cease to amaze." It is also intransitive—that is, it is a verb that does not require a following word or phrase (an object) to complete its meaning. That use is defined as "to come to an end" or "to bring an activity or action to an end," and it is synonymous with discontinue and end. Here are a few examples:

The court ordered the company to cease and desist from distributing the product.

She cleaned her room—wonders never cease.

How to Use 'Seize'

Seize, as a transitive verb, widely implies taking possession, control, or hold of something or someone, especially by confiscation, capture, arrest, clutch, grasp, apprehension, affliction, etc. A selection attesting to this word's various usage is:

Their house was seized by the bank for nonpayment.

The rebel army has seized control of the city.

She seized my hand in fright when the cat leaped out.

The chef was suddenly seized with the idea of owning her own restaurant.

He seized the chance/initiative/opportunity/moment to present his advertising idea.

The woman was seized with chest pains.

The dog was seized with fear during the thunderstorm.

There is also the phrase "seize the day," which is associated with the Latin term carpe diem (meaning literally "pluck the day") and refers to doing the things you have the chance to instead of waiting for a later time.

Like cease, the verb seize also functions intransitively especially in reference to the moving parts of a machine failing to work because they no longer move due to excessive pressure, temperature, or friction. It is often commonly followed by the grammatical particle up, as in "The pistons in the car's engine seized (up)." It also is applied figuratively: "The interviewee's brain seized (up) when asked the question." Other intransitive use refers to taking or using something—for example, a chance or opportunity—in a quick and eager way. It relates to transitive expressions like "seize the day" but is followed by the prepositions on or upon, which makes it intransitive: "She seized on/upon the chance/opportunity to take a course to improve her skill set."

As the examples show, the words have distinct meanings and, frankly, should not be confused in most instances. Generally, cease is the word to imply stoppage or discontinuation of something, and when there is an act of taking possession, control, or hold of something or someone, seize is the word. A tip: a person is not ceased but seized; a thing, on the other hand, might be ceased or seized. Look to context for help, study and memorize the words and meanings, and when in doubt consult our dictionary to cease the misuse.