If your judgment is sound, use 'judicious.'

The adjectives judicial and judicious are close etymological relatives, which often leads people to believe that they have meanings that overlap. At one time they did, indeed, share a sense: "having or exercising sound judgment"; however, in modern English, only judicious is used in that sense. Before examining current usage of both words, let's look at their dossiers to see how this overlap in the past came about—and if you have ever made "a judicial decision" and thought that meant it was based on sound reasoning, we'll see if that usage should be, uh, overruled. 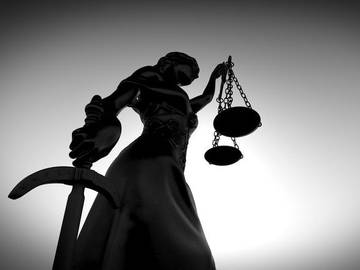 Origins of Judicious and Judicial: Judex

Judicial is the older, first recorded in the 14th century. It is ultimately from the Latin noun judex. In Roman law, that noun denoted "an individual appointed to hear and determine a case," or, more simply, "a judge." Judex was formed from jus, meaning "law or right," and the ending -dic or -dex—from the verb dicere, meaning "to decide" or "to say." Judex passed into Anglo-French and was taken into English in the 1300s, becoming the noun judge. (The Latin verb judicare became juger in Anglo-French and was also borrowed into English—earlier, in the 13th century—as juggen. In time, that Middle English word evolved into the modern verb judge.)

From judex was also derived the Latin noun judicium, which was used for such things as legal proceedings or a trial, a panel of judges, a judgment or verdict, or a considered opinion. Judicium, in turn, became the source of the Latin adjectives judicialis (adopted into English as judicial) and judiciarius (adopted as judiciary, which is often seen in the phrase "judiciary committee," referring to a committee that oversees the administration of justice). In French, justicium was used to form the adjective judicieux, which English borrowed in the late 16th century as judicious, meaning "having or exercising sound judgment."

Although linguistic cousins, the distinction, nowadays, between the words' principal senses remains clear: judicial has to do primarily with judges and the law (as in "judicial power" and "the judicial branch of the government"), while judicious has come to suggest sound judgment of a general kind (as in "a fair and judicious critic," "a judicious shopper," or " a judicious use of resources").

Historically, however, that was not always the case. Apparently, the notion that a person making a judicial decision in accordance with law is making a judicious one as well (being within good reason) led people to use the words interchangeably. During the 17th century, judicious was commonly used as a synonym for judicial. William Shakespeare, for instance, writes in his play Coriolanus of a "judicious hearing."

That use is now obsolete. Judicial as a synonym of judicious goes back to the late 1500s. That use has also been labeled obsolete, but evidence in modern English shows that label to be mistaken. Here are a few examples where judicial is used where judicious might be expected:

… a pragmatic, judicial man of character whose conduct is as dependable as the Constitution itself….
— The Chicago Tribune, 21 Oct. 1987

Engineering News … cautioned engineers to "maintain a judicial attitude in considering the serious question how responsibility should be apportioned for faults in design, construction and erection."
— Henry Petroski, Engineers of Dreams, 1995

"Though his rulings faced bitter denunciation and political exploitation among some in his home state, the steely determination of this judicial man in upholding the core rule of law in America has endured and will prevail," [Jimmy] Carter wrote [in a letter].
— Tom Gordon, The Birmingham (Alabama) News, 28 July 1999

This use of judicial in place of judicious is understandable, but it is not common and the majority rules against it. Most writers will choose judicious in its place, and you may want to, too, to avoid being put on trial for adjective misuse.