Poetic Forms: 13 Ways of Looking at a Poem 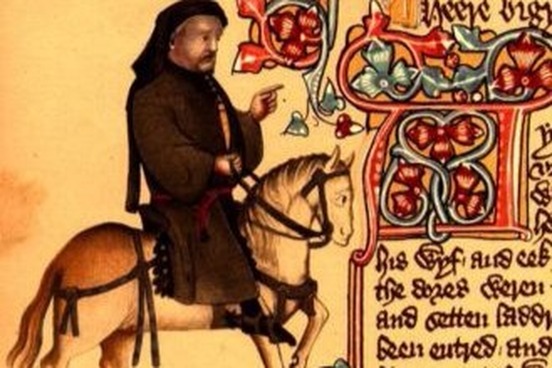 Chaucer was the first to use the form of the French ballade in English, in poems like "To Rosemounde."

ballade : a fixed verse form consisting usually of three stanzas with recurrent rhymes, an envoi, and an identical refrain for each part

The ballade is a French poetic form that was used particularly in the 14th and 15th centuries. The three stanzas and the envoi (a short final stanza that serves as a summary or dedication) all have the same refrain as their final line.

Ballade is not to be confused with the more common word ballad. That word most commonly refers to a slow romantic or sentimental song, or in poetry, to a narrative composition in rhythmic verse that is suitable for singing. Ballade and ballad do share an origin: the Old Occitan word balada, meaning "dance" or "song sung while dancing." That word traces back to the Late Latin ballare, meaning "to dance"—the origin too of ball (the party kind) and ballet. 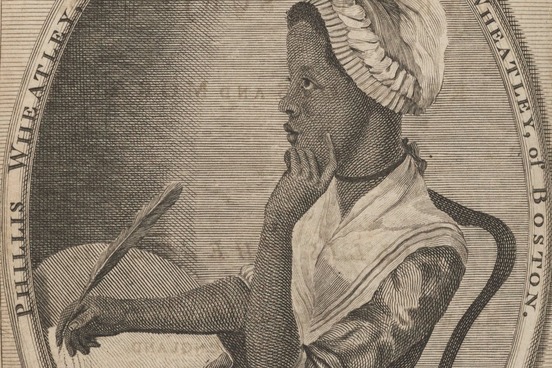 Though often confused with free verse, blank verse is a different thing entirely. While it too eschews rhyme, it does have a rhythm that continuously repeats a basic pattern—that is, it has meter. The meter of blank verse is iambic pentameter: each line has five metrical feet, which means that it has five groups of one unstressed syllable followed by one stressed syllable to make a total of ten syllables. A foot can be a single word—like above or away—or a single word can extend over a foot and a half—or more.

Blank verse is a translation of the Italian versi sciolti. Both the English and the Italian terms date to the 16th century, when the Renaissance and its literature were flourishing. Blank verse is the preeminent dramatic and narrative verse form in English, used by the likes of Shakespeare, John Milton, Christopher Marlowe, William Wordsworth, Phillis Wheatley, John Keats, and Robert Frost. 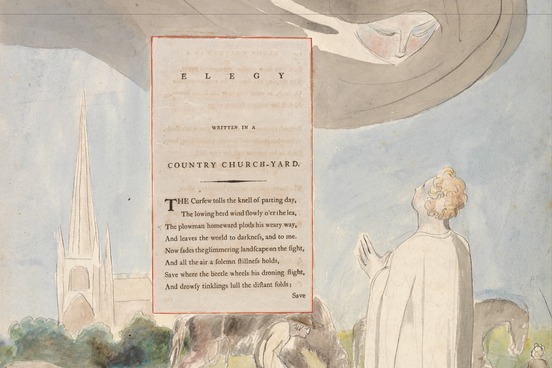 In classical literature, 'elegy' described a poem in elegiac couplets. Since the 1500s, however, the term has described poems of lamentation, or even any melancholy reflective poem—like Thomas Gray's "Elegy Written in a Country Church-Yard," here illustrated by William Blake.

elegy 1 : a poem in elegiac couplets 2 : a song or poem expressing sorrow or lamentation especially for one who is dead

The second meaning of elegy is the one we typically think of today, but in classical literature (and in modern German literature) an elegy can be on any topic, as long as it is in elegiac couplets. Elegiac couplets are alternating lines of verse having the rhythmic pattern of one stressed syllable followed by two unstressed syllables (as in the word tenderly) repeated first six times and then five times. In English literature since the 16th century, though, elegies have been poems of lamentation in any meter the poet chooses.

The broader meaning of elegy has led to other uses as well. The word sometimes is used to refer to something that resembles a poetic elegy, such as a speech. It can also refer to any pensive or reflective poem that is nostalgic or melancholy, or to a short, pensive musical composition.

Elegy comes from the Greek word elegos, meaning "song of mourning." It's been in use in the English language since the early 1500s. 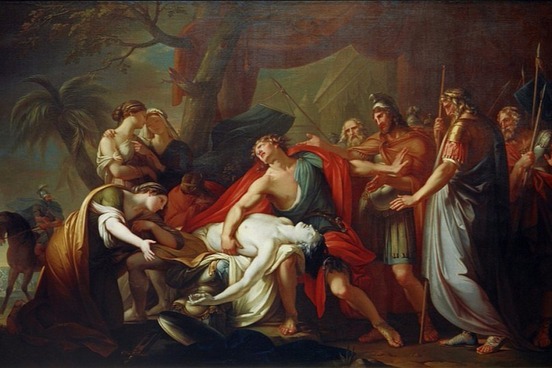 Gavin Hamilton, "Achilles Lamenting the Death of Patroclus" (1760-1763). The Iliad and the Odyssey may be the most influential of all epics.

epic : a long narrative poem in elevated style recounting the deeds of a legendary or historical hero

The epic was originally an oral form—Homer's oral compositions, the Iliad and Odyssey being perhaps the most influential of all epics—and written epics tend to suggest what might be performed aloud.

The word epic is another poetry term that has expanded beyond its poetic origins. It can refer to a work of art (such as a novel or drama) that resembles or suggests an epic, or to a series of events or a body of legend or tradition thought to form the proper subject of an epic.

The word epic traces back to the Greek word epos, meaning "word, speech, poem." It's been in English since the late 16th century. 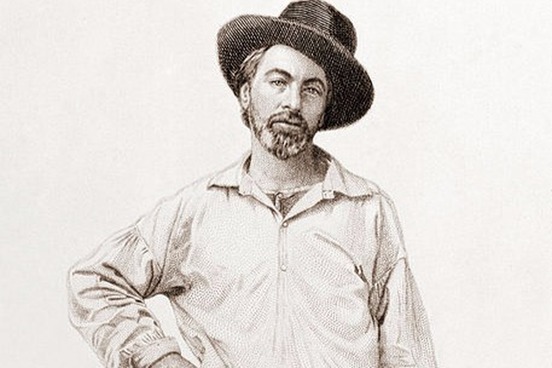 Walt Whitman, frontispiece to Leaves of Grass (1855). Many of Whitman's poems, like "I Hear America Singing", are written in free verse.

free verse : verse whose meter is irregular in some respect or whose rhythm is not metrical

The rhythm of free verse is like the rhythm of speech; it cares more for the sound of words and phrases than for particular repeated combinations of stressed and unstressed syllables, as in traditional poetry. Free verse also doesn't concern itself with rhymes.

The term free verse is a literal translation of the French term vers libre. The form was an innovation of late 19th-century French poets; American poets followed in their footsteps soon after. Most of the familiar 20th century poetry written in English is in free verse.

Free verse should not be confused with blank verse. We'll explain why next. 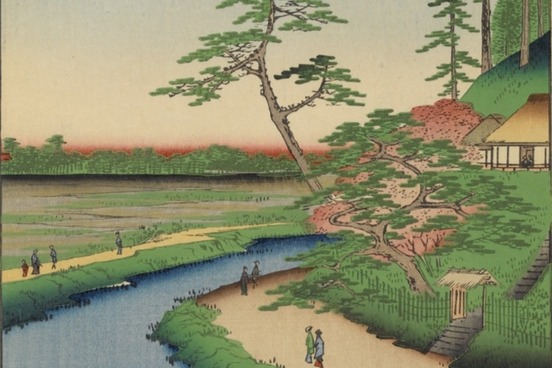 Utagawa Hiroshige, "Bashō's Hermitage and Camellia Hill on the Kanda Aqueduct at Sekiguchi" (1856). The 17th-century writer Matsuo Bashō is considered the most famous haiku poet of all time.

haiku : an unrhymed verse form of Japanese origin having three lines containing usually five, seven, and five syllables respectively; also : a poem in this form usually having a seasonal reference

The first haiku were called hokku, and functioned as the first stanza of a longer poem. These stanzas necessarily mentioned subjects such as the season, the time of day, and important landscape features. As an independent form, haiku still originally were required to describe nature as shaped by a season, but modern haiku can address any topic.

Both words date in English to the late 19th-early 20th century. 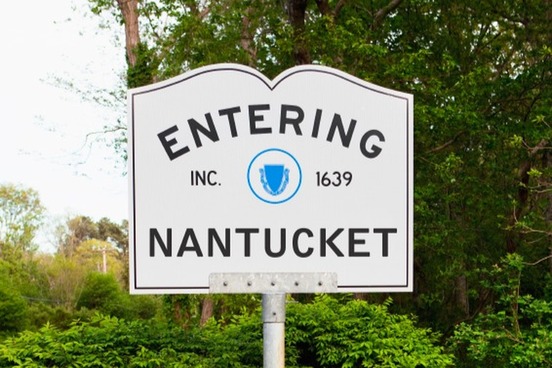 limerick : a light or humorous verse form of five chiefly anapestic verses of which lines 1, 2, and 5 are of three feet and lines 3 and 4 are of two feet with a rhyme scheme of aabba

Limericks are a favorite among many. They're short, funny, often nonsensical, and frequently bawdy.

The origin of the term limerick is obscure, but a group of poets in County Limerick, Ireland, wrote limericks in Irish in the 18th century. The first collections in English date from around 1820.

If you want to use the word limerick in a limerick, you might want to know that the only word it rhymes perfectly with is Cymric, which means "Welsh." 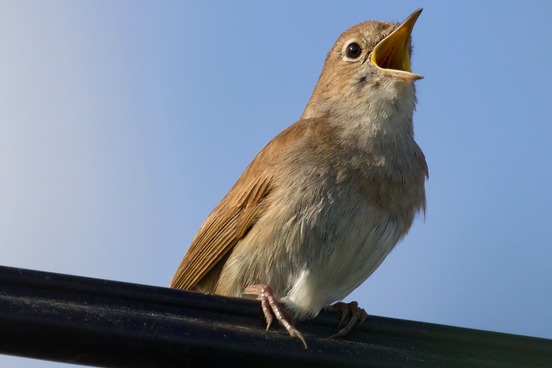 Keats's "Ode to a Nightingale" is one famous ode which many people study in school. Though the original odes were public works of praise, the Romantic poets used the form for personal introspection and meditation.

ode : a lyric poem usually marked by exaltation of feeling and style, varying length of line, and complexity of stanza forms

Odes are a formal bunch, often featuring in ceremonies that mark an event. They're frequently addressed to—and celebrate—a person, thing, place, or idea.

The Greeks were the first to write odes, all the way back in the 7th century BCE. Theirs were usually set to music. The ode form now exists in the poetry of much of the world.

The English word ode dates to the late 1500s, and comes, naturally, from Greek: ōidē means literally "song," and comes from aeidein (or aidein), "to sing." 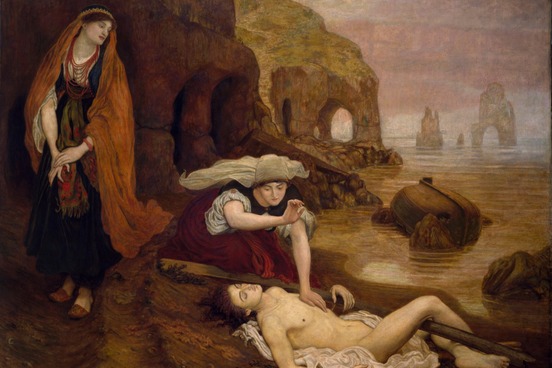 ottava rima : a stanza of eight lines of heroic verse with a rhyme scheme of abababcc

The original Italian ottava rima—which was developed by Tuscan poets in the late 13th and early 14th centuries—has eight 11-syllable lines, but in English the form was shortened to lines of 10 syllables.

Lord Byron used ottava rima for his mock-heroic Don Juan, written around the same time the word was adopted into English in 1820. The Italian term translates as "eighth rhyme." 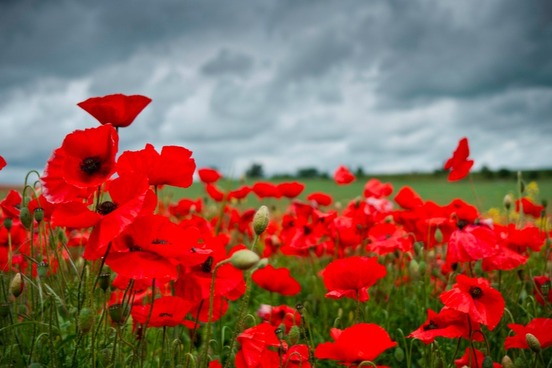 John McCrae's 1915 poem "In Flanders Fields" may be the most famous rondeau today, but the form dates back to the 13th century.

rondeau : a fixed form of verse based on two rhyme sounds and consisting usually of 13 lines in three stanzas with the opening words of the first line of the first stanza used as an independent refrain after the second and third stanzas; also : a poem in this form

The plural of rondeau is rondeaux, with its second syllable pronounced like the word doze.

Both forms are originally French, and both date to the 13th century. Rondel has been in the English language longer; it dates to the late 14th century, while rondeau didn't arrive in English until around 1525. 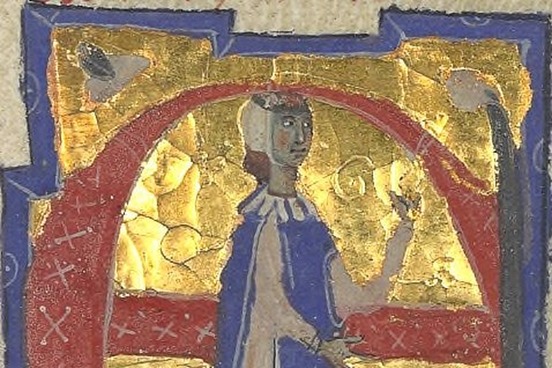 Arnaut Daniel, the inventor of the sestina, isn't what you'd call a household name these days, but he was admired by Dante and Petrarch.

A sestina is a tricky poem to write, but poets—a few, and not frequently—have been managing to write them for centuries. The form was invented in the late 12th or early 13th century by the Provencal troubadour Arnaut Daniel. (Daniel may not be known to most modern folks, but he was greatly admired by Dante, who gave him a prominent place in the Purgatory described in his monumental epic poem The Divine Comedy.)

The word sestina comes from the Italian word sesto, meaning "sixth." The word was first used in English in the late 1500s. 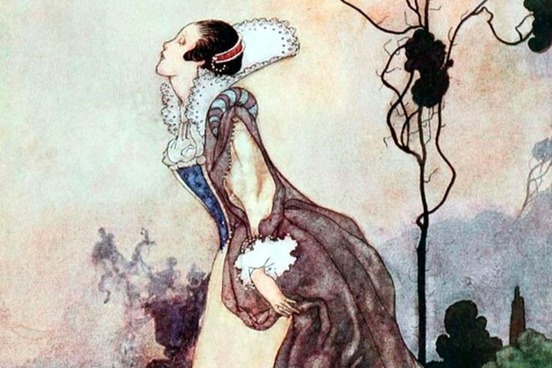 Charles Robinson, illustration to Shakespeare's Sonnet #91 ("Some glory in their birth"), from The Songs and Sonnets of William Shakespeare (1915).

sonnet : a fixed verse form of Italian origin consisting of 14 lines that are typically 5-foot iambics rhyming according to a prescribed scheme; also : a poem in this pattern

The sonnet is unique among poetic forms in Western literature in that it has retained its appeal for major poets for five centuries.

It is thought to have originated in 13th century Sicily, but Petrarch established the most widely used sonnet form in the 14th century. The Petrarchan (or Italian) sonnet characteristically consists of an eight-line octave, rhyming abbaabba, that states a problem, asks a question, or expresses an emotional tension, followed by a six-line sestet, of varying rhyme schemes, that resolves the problem, answers the question, or resolves the tension.

In adapting the Italian form, Elizabethan poets gradually developed the other major sonnet form, the Shakespearean (or English) sonnet. It consists of three quatrains, each with an independent rhyme scheme, and ends with a rhymed couplet.

The word sonnet traces to the Latin word sonus, meaning "sound." The English word dates to the mid-16th century. 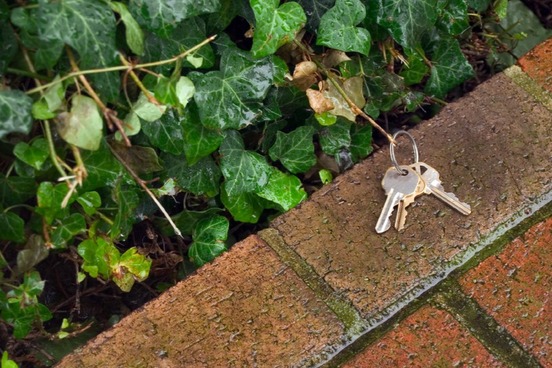 "Accept the fluster / of lost door keys, the hour badly spent." Elizabeth Bishop's "One Art" is a famous example of the villanelle form.

villanelle : a chiefly French verse form running on two rhymes and consisting typically of five tercets and a quatrain in which the first and third lines of the opening tercet recur alternately at the end of the other tercets and together as the last two lines of the quatrain

Our English term, which dates to the late 19th century, was borrowed from the French, who'd adopted the word from the Italian villanella. That word comes from villano, meaning "peasant."

As the etymology implies, the original villanelles were not fancy. They were short, popular poems that were unrestricted in form. But a late 16th century villanelle that was particularly popular followed a very particular form—the form that later came to define villanelles.

Enthusiasts of English poetry may be familiar with Dylan Thomas’ famous villanelle, “Do Not Go Gentle into That Good Night,” written in 1951.