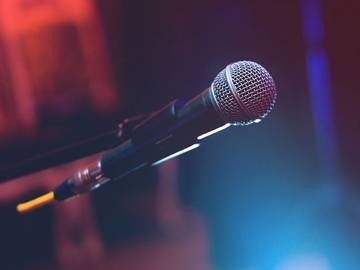 Featuring words from the Democratic debates and the Supreme Court.

This week saw the first two debates of the myriad candidates for the Democratic nominee for the presidential election. This, of course, meant that the great political and social issues of our age were being hotly debated. And, of course, no such debate would be complete without a chorus of folks exclaiming that the thing you just called a podium is in fact, properly referred to as a lectern.

Live update from the Post area of the filing room at the debate, where @daveweigel has just wrapped up his diatribe against misuse of "podium" versus "lectern." We're ready.

To the podium absolutists, a lectern is the thing which holds a book, and which political candidates at a debate stand behind; a podium is properly the thing that is stood on. It matters not a whit that the people on the television are calling the lectern a podium, just as it matters not that everyone and their cousin calls it a podium … actually, wait a minute, for it matters very much. If a significant number of people are using this word podium to refer to the thing also known as a lectern, and they continue to do this for many many decades, then these words will become synonymous (or will at least share this one sense). Podium does still have other meanings not shared by lectern (such as “a dais” and “the masonry under the stylobate of a temple”).

There were words spoken in the debate, not just about it, that spiked in lookups as well. Tulsi Gabbard’s use of chicken hawk in the first debate drew considerable attention.

“This president and his chicken-hawk Cabinet have taken us to the brink of war with Iran,” she said. Gabbard called for the withdrawal of troops from Afghanistan and warned that America was “no better off” than it was in 2001. “We have to bring our troops back,” she said.
—The Washington Post, 27 Jun. 2019

We define chicken hawk as "a person who strongly supports or promotes a war or warlike policies but who has never served in the military,” and attach a label (disparaging) to the word. Chicken hawk has additional meanings, of both the figurative and literal varieties.

In the second debate Kamala Harris’s reference to Joe Biden’s past position on busing caused that word to spike in lookups.

As Biden stared straight ahead, looking somewhat pained, Harris continued by criticizing the former vice president for trying to prevent the Department of Education from enforcing school busing to integrate schools during the 1970s, noting that decision hurt a little girl in California. "That little girl was me," Harris said with emotion swelling in her voice.
— Maeve Reston, CNN (cnn.com), 28 Jun. 2019

We define busing broadly as “the act of transporting by bus,” and specifically as “the transporting of children to a school outside their residential area as a means of achieving racial balance in that school” (the specific sense is the one intended by Harris). The word is occasionally bussing, although using the single S is the more common form. For those who worry that bussing might be confused with other meanings of this word (such as the present participle forms of the verb buss, meaning “to kiss,” or the verb bus, meaning “to remove dirty dishes from”) the intended meaning is generally clear from the context in which the word is used.

Words from the Supreme Court

The Democratic debates were not the only politically-tinged happening this week driving interest in words; the Supreme Court issued a number of decisions on cases, causing thousands, or even dozens, of people to pull out their phones and look up words such as gerrymandering, contrived, and non-justiciable.

Federal judges have no authority to correct partisan gerrymandering, the Supreme Court ruled Thursday in a 5-to-4 decision that allows politicians to keep drawing electoral districts that entrench their power unless state law or Congress prevents them from doing so.
— Jess Bravin and Brent Kendall, The Wall Street Journal, 27 Jun. 2019

“The sole stated reason” cited by Ross — a need to enforce the Voting Rights Act — “seems to have been contrived,” Roberts said, an unusually pointed rebuke for the court.
— David G. Savage, Los Angeles Times, 27 Jun. 2019

The court found that these claims present a non-justiciable political question, basing their ruling on the court’s precedent and on the history of gerrymandering in the political process.
— Leanne Winkels, Jurist (jurist.org), 27 Jun. 2019

Gerrymandering is defined as “the practice of dividing or arranging a territorial unit into election districts in a way that gives one political party an unfair advantage in elections.” The word comes from the name of a former Massachusetts governor, Elbridge Gerry, and the salamander, as the shape of an election district in the state during Gerry’s tenure was said to resemble the animal.

Our Antedating of the Week: 'criticaster'

There are many fine words in English to describe critics (including nitpicker, aristarch, and Zoilus), but among the most specific is criticaster, as it refers not only to a critic, but to a petty or inferior one. This word is our antedating of the week; while our earliest record of criticaster had previously come in 1684 recent findings show it in use in the early 1670s.

Seeing that many things related by our Fathers concerning the Indian Kingdoms, and the Empire of China, are carped at by some  Criticasters, as being feign'd and false, I shall here call them anew unto Examination, that it may be manifest there is nothing in those Places so strange or exotick, which is not found both in Europe, and also in several other Parts of the World.
— Johannes Nieuhof, An embassy from the East-India Company of the United Provinces (trans. by John Ogilby), 1673