Some of the words that defined the week ending June 12, 2020 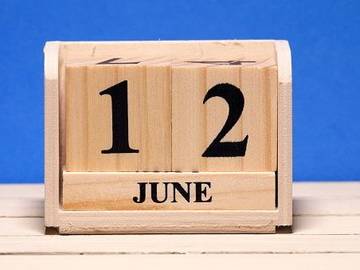 Antebellum was in the news this week, after a musical group announced that it would remove this word from their name, due to its associations with a time in which Black Americans were slaves.

Country trio Lady Antebellum have decided to drop the latter half of their group name, shortening it to simply “Lady A” — a nickname they’ve already been using for years. The Grammy-winning band of Charles Kelly, Hillary Scott, and Dave Haywood made the announcement in an Instagram post on Thursday.
— Jon Freeman, Rolling Stone (rollingstone.com), 11 Jun. 2020

Antebellum comes from the Latin ante bellum, meaning “before the war.” The word has a general meaning (“existing before a war”) and a very specific one, which is especially used to mean “existing before the American Civil War.” The general sense, which exists in adverbial use as well as adjectival, can be found as far back as the beginning of the 19th century. The sense that is specific to the American Civil War may be found as early as the first year of the war itself.

I will undertake to demonstrate, on some future day, that except in point of local situation, except in our remoteness from the great scene of European action, we occupy substantially the same ground that Prussia did, ante bellum; and that we ought to prepare ourselves to avert the same awful fate.
— The Pittsfield Sun, (Pittsfield, MA), 3 Jan. 1807

Unless I have been deceived by statements considered reliable, I would say that the mind of the North looks only to the purpose of bringing back the seceded States to their organic condition—ante-bellum.
— The New York Times, 4 Sept. 1861

President Trump once again found himself in the news for his choice of words, sending lookups soaring for provocateur (as well as antifa).

White House press secretary Kayleigh McEnany said Wednesday that President Donald Trump was simply "raising questions" when he floated a baseless conspiracy theory that a 75-year-old man injured in an altercation with Buffalo police may have been an "antifa provocateur.”
— Max Cohen, Politico (politico.com), 10 Jun. 2020

Provocateur may be defined either as “one who provokes,” or as a synonym of agent provocateur (“one employed to associate with suspected persons and by pretending sympathy with their aims to incite them to some incriminating action”). The word came into English directly from the French. Provoker is also a word in English, albeit a somewhat uncommon one, and it does not share the agent provocateur meaning with provocateur.

Trump also caused lookups to spike for intimate (the verb, not the adjective, for those who might be concerned about such things), when he used this word in its present participle.

We offer two definitions for this verb: “to communicate delicately and indirectly” and “to make known especially publicly or formally.” We leave it to you to decide which one Trump intended.

Both bad apple and rotten apple had their time in the sun last week, as each idiom was given considerable use in descriptions of police officers who had abused position or authority.

You folks always seem to forget that the full proverb is “one bad apple SPOILS THE WHOLE BARREL” this is because rotten apples produce huge amounts of ethylene which cause ALL THE OTHER APPLES TO ALSO BECOME ROTTEN the metaphor IS NOT ABOUT ISOLATED ROT its about COLLECTIVE ROT https://t.co/HTsFriYRw3

We define both of these as “someone who creates problems or causes trouble for others; specifically, a member of a group whose behavior reflects poorly on or negatively affects or influences the remainder of the group.” While the rotten apple appears to have served as word for ‘someone who creates problems’ since the late 19th century, this use of this fruit in phrase and parable extends back many hundreds of years. The earliest warnings we have in print about what a rotten apple will do to its healthy companions date from the early 16th century.

An apple roten yf it be amonge the sounde and hole corrupteth the good apples yf it lye amonge them.
— Dominican Laurent, The boke named the royall, 1507

But at the last, his maister him be thought
Vpon a day, whan he hys paper sought
Of a prouerbe, that saith this same worde
welbette is rotten apple out of horde
Than that it rote al the remenaunt.
— Geoffrey Chaucer, The workes of Geffray Chaucer newlye printed, 1542

There is much variation in phrasing; the second edition of Nash’s Christ’s Tears Over Jerusalem warns that the rotten apple will mar the others; other works of the time say that the rotten apple with spoileth or infect its neighbors. Despite the many forms this idiom has taken it has remained exceedingly successful for centuries, which is more than can be said for the other expression of caution that Nash uses; one scabbed sheep infects a whole flock has not really shown the same staying power.

If there be in your bags, but one shilling that should haue beene the poores, that shilling will be the consumption of all his fellowes: one rotten Apple marreth all the rest, one scabbed sheepe infects a whole flocke.
— Thomas Nash, Christs teares over Jerusalem, 1613

Our Antedating of the Week: 'solidarity'

Our antedating of the week is solidarity, “unity (as of a group or class) that produces or is based on community of interests, objectives, and standards.” Our earliest known use of this word had previously come in 1841; recent findings show that it was in use as early as 1817.

The social contract which binds both the Government and the inhabitants, has been violated in regard to all, in virtue of a natural and necessary solidarity which rules this contract.
— The Morning Chronicle (London, Eng.), 4 Sept. 1817