: one employed to associate with suspected persons and by pretending sympathy with their aims to incite them to some incriminating action

The government used agents provocateurs to try to undermine the opposition party.
Recent Examples on the Web Anyone who maligns the sultan is immediately thought to be an agent provocateur working for the sultan, and probably is. —

Judith Shulevitz, The Atlantic, 30 Sep. 2022 The last dispatch from the alien/agent provocateur known as Greg Tate beamed out from perhaps his most inconspicuous dwelling. —

Adam Hochschild, The New Yorker, 4 Nov. 2019 It is now known who that agent provocateur was that the FBI used and John Brennan used and James Clapper. —

Fox News, 17 May 2018 More in Moving Targets A more sinister possibility is that UFOs are loaded with agents provocateurs sent here to sow the seeds of discord in our society. —

These example sentences are selected automatically from various online news sources to reflect current usage of the word 'agent provocateur.' Views expressed in the examples do not represent the opinion of Merriam-Webster or its editors. Send us feedback. 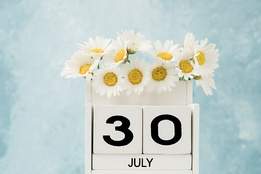 More from Merriam-Webster on agent provocateur

Thesaurus: All synonyms and antonyms for agent provocateur