Some of the words that defined the week ending December 18, 2020 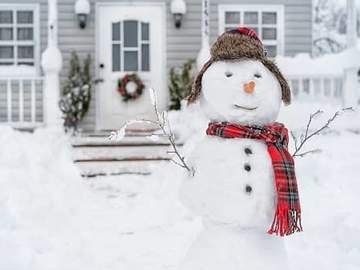 We'll give you time to warm some cocoa and grab a blanket.

Disavow had a very busy week, after it was used by Senator Loeffler in reference to a white supremacist with whom she had posed for a picture.

We define disavow as “to deny responsibility for; repudiate” and “to refuse to acknowledge or accept; disclaim.” Disavow is related to advocate (“one who pleads the cause of another”); both words may be traced to the Latin word advocare, meaning "to summon.” The noun for the act of disavowing is disavowal; the adjective for something that may be disavowed is disavowable.

Electoral college was very much in the news, after a body by this name met in the United States and affirmed that Joe Biden and Kamala Harris had won the recent presidential election.

Electoral is defined as “of or relating to an elector“ and “of or relating to election.” The word college has many possible meanings (we offer definitions for almost a dozen senses), but the one most likely to be pair with electoral means “a body of electors.” Electoral college itself is also defined as “a body of electors,” but has the particular meaning of “one that elects the president and vice president of the U.S.”

?^¢&$* (this is a family blog, after all) was high in lookups much of the last week, following reports that President-elect Biden’s deputy chief of staff had referred to Republican legislators as exemplars of this word. We define ?^¢&$* as “one that ?^¢&s,” and note further that it is “often used as a generalized term of abuse.” The word has a long history in lexicography; it may be found as far back as 1598, when John Florio used it to define fottitore (he equated it with japer, sarder, swiver, and occupier) in his Italian-English dictionary A World of Words.

A nival extravaganza sent searches for snow day soaring, along with the spirits of those children who were granted one.

On Wednesday, as snow arrived in West Virginia, her students had only one assignment. “The snow is falling!!! Let us know how you are unwinding and enjoying the snow day. Pictures by the fire? Sledding? A snowman? Share your photos here and have a relaxing day!” the school posted.
— Andrea Salcedo, The Washington Post, 17 Dec. 2020

Snow day, for those who live in places where there is no snow, or who have never come across such a day, may be defined as “a day when schools and businesses are closed because a lot of snow is falling.” Although we have doubtless been closing schools and businesses on account of snow for centuries, snow day appears to have come into use only in the second half of the 20th century.

It’s high time parents begin to realize the task of the teacher as being other than one of a glorified baby sitter. I think “school closed because of snow days” would help more parents realize the problems their children present to the schools.
— (letter to ed.) The Washington Post and Times Herald, 6 Feb. 1956

The word paraleipsis had one of its occasional moments in the sun, after an article in Politico used it to refer to Rush Limbaugh’s rhetorical style.

Meanwhile, over on the AM dial, Rush Limbaugh gauged the war-between-the-states waters with his observation that the nation was “trending toward secession” — a quip he amended the next day. He was only recognizing the growing sentiment, he said, not endorsing it. “I never would advocate for secession,” Limbaugh backpedaled, verging on paraleipsis.
— Politico, 16 Dec. 2020

We define paraleipsis as “a passing over with brief mention in order to emphasize rhetorically the suggestiveness of what is omitted” (as in “I confine to this page the volume of his treacheries and debaucheries”). The word comes from the Greek paraleipein,” meaning  “to neglect, omit, leave untold,” and may be pluralized as _paraleipses, paralepses, or  paralipses.

Our feel-good word of the week is euphoric, and it feels good both because of its semantic content and because of the person who used it, Sir Ian McKellen.

The word may be defined as “marked by a feeling of great happiness and excitement; characterized by, based on, or producing euphoria (a feeling of well-being or elation).” Euphoria comes, just like paraleipsis, from the Greek; it is descended from the word euphoros, meaning “healthy.”

Our Antedating of the Week: 'hanky-panky'

Our antedating of the week is hanky-panky. This word, defined either as “questionable or underhanded activity” or “sexual dalliance,” is of unknown origins. Our earliest known use had been from 1841, but recent findings show that the world was engaging in hanky-panky as far back as 1834.

The constable here produced a wooden doll, some cups and balls, &c., in a very mysterious manner, at the same time eying the melodists very suspiciously. Defendant: Thems the things wot we performs with—just a little of the “hanky panky” business at public houses.
— The Morning Chronicle (London, Eng., 23 Aug. 1834