They're not, of course. They're just among the select group of grammar enthusiasts who think that than can only be a conjunction. You, on the hand, recognize that it can also be a preposition. 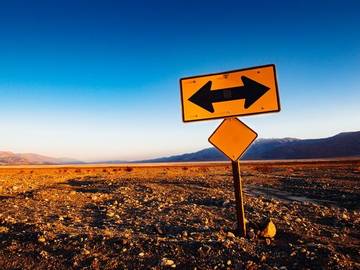 That's right: whether you say "better than me," "taller than I," or "more annoying than they" has to do with grammatical categories that we typically only consider when a teacher asks us to. Of course, we in fact rely on these categories for all of our language-based communication, whether we do so consciously or not.

The cat is more determined than I am to sleep through the cacophony.

We can modify our example to something much simpler that still demonstrates than as a subordinating conjunction:

The cat is more determined than I am.

The main clause is unchanged, but the subordinate clause is the much more succinct "than I am."

And we can modify it still further too:

The cat is more determined than I.

Again the main clause is unchanged, but the subordinate clause is shrunk to almost nothing: it's than I, with the verb am understood but not explicitly present.

Now here's where things get strange. All we have to do is change that I to me and—voilà—the word than has become a preposition:

The cat is more determined than me.

There is no longer an invisible but understood verb; there is instead a grammatically very simple comparison.

Any time you see than followed by me or any of the other pronouns that would follow the verb see (such as them, him, her—these are pronouns that function as the object of the verb), it's functioning as a preposition. The use has existed since at least the mid-16th century, but two centuries into English speakers' prepositional than habit, those 18th-century grammarians began to weigh in on the matter, and the most influential of them—one Bishop Lowth—said than was a conjunction and only a conjunction.

If than is only a conjunction, then any pronoun that follows it must be the kind of pronoun that typically starts sentences (and clauses) off—that is, it must be functioning as the subject in the clause it introduces: I, he, she, they. And this is in fact what's been prescribed by those who would tell you to use your language better: "taller than I," "slower than she," "older than he," "more annoying than they" are, we're told, superior to "taller than me," "slower than her," "older than him," "more annoying than them."

But there's another weird twist: the same grammarians who would have than only be followed by pronouns like I, he, she, and they also asserted that the pronoun whom—and not who—should follow than. "But whom is on the other team!!" you say. To which we say, "Right??"

Whom is used (albeit rarely) as the object of the verb, as in "I wasn't sure whom to ask." Like the other object-of-the-verb pronouns, it's also used as the object of a preposition, and that's where it's most often encountered these days: "I wasn't sure for whom the gift was intended." Someone clarifying for our poor would-be gift-giver would answer with an object pronoun—"It's for them," not "It's for they." These days whom is so stuffy sounding as to be close to archaic, but to those 18th century grammarians it was one of the go-to pronouns. And good old Bishop Lowth believed that whom and not who should follow than. His explanation—which was that who has reference only to its antecedent and not to an understood verb or preposition—doesn't have much substance. We suspect that the real reason he wanted "than whom" is because John Milton, literary sensation who lived in the preceding century, used it in Paradise Lost. Lowth quotes the text:

Which when Beelzebub perceived, than whom,
Satan except, none higher sat, with grave
Aspect he rose, and in his rising seem'd
A pillar of state...

Another 18th century grammarian was, we can only assume, muttering to himself. William Ward identified than as both conjunction and preposition in his text a mere three years after Lowth's assertion about it being only a conjunction. And Mr. Ward is right: than is both a conjunction and a preposition, and its prepositional pedigree is unimpeachable: it was employed as such by the likes of Shakespeare, Swift, Johnson, and Boswell—and Milton with his "than whom." Competent writers of more recent centuries have used it as a preposition too.

What this means for you, our persevering reader, is that you can use than as either also. Go now, with our blessing. And of any who may criticize your use of than we wish only this: may you prove yourself better at justifying your pronoun use than them. Or, than they because both are in fact totally fine.