1a —used as a function word to indicate the second member or the member taken as the point of departure in a comparison expressive of inequality —used with comparative adjectives and comparative adverbs older than I ameasier said than done
b —used as a function word to indicate difference of kind, manner, or identity —used especially with some adjectives and adverbs that express diversity anywhere else than at home
2 : rather than —usually used only after prefer, preferable, and preferably
3 : other than
4 : when sense 1b —used especially after scarcely and hardly

: in comparison with you are older than me

Is than a conjunction or preposition?: Usage Guide

After 200 years of innocent if occasional use, the preposition than was called into question by 18th century grammarians. Some 200 years of elaborate reasoning have led to these present-day inconsistent conclusions: than whom is standard but clumsy T. S. Eliot, than whom nobody could have been more insularly English — Anthony Burgess ; than me may be acceptable in speech a man no mightier than thyself or me — William Shakespeare why should a man be better than me because he's richer than me — William Faulkner, in a talk to students ; than followed by a third-person objective pronoun (her, him, them) is usually frowned upon. Surveyed opinion tends to agree with these conclusions. Our evidence shows that than is used as a conjunction more commonly than as a preposition, that than whom is chiefly limited to writing, and that me is more common after the preposition than the third-person objective pronouns. In short, you can use than either as a conjunction or as a preposition.

First Known Use of than

History and Etymology for than

Middle English than, then then, than — more at then entry 1

Learn More About than

Time Traveler for than

The first known use of than was before the 12th century 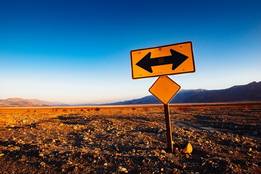 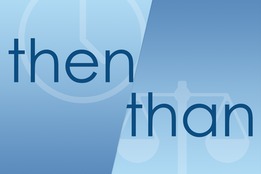 Should You "Flush Out" or "Flesh Out" Your Plan?

Dictionary Entries Near than

More Definitions for than

Kids Definition of than

: when compared to the way in which, the extent to which, or the degree to which You are older than I am.

More from Merriam-Webster on than

Nglish: Translation of than for Spanish Speakers

Britannica English: Translation of than for Arabic Speakers