Getting our ducks in a row on this count noun.

Series can be singular or plural without the word itself changing. Series is a count noun, describing a group of things or events usually occurring in succession, such as a television series. It is usually seen in constructions like "a series of," and like other count nouns, in these sentences the members of the group are pluralized while series itself remains singular. You can have multiple series, but the word is unchanged as series is a zero plural. 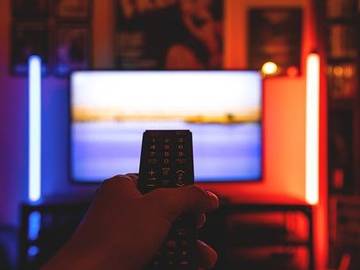 And how do you find time to watch them all?

The noun series denotes a number of things or events of the same class usually coming one after another. A television series consists of several episodes aired in succession. The Post Office might release a series of new stamps. And every October, two baseball teams play in the World Series, consisting of a number of games (up to seven).

Presently I saw a series of doors opening from either side of the corridor, and as they all looked alike to me I tried the first one that I reached.
— Edgar Rice Burroughs, The Warlord of Mars, 1914

I had an inkling that I deserved what was coming. His head was the size of a bucket. He shook his gloves off and quickly landed a series of right hooks before my teammates swarmed him, like rodeo clowns
— Nick Paumgarten, The New Yorker, 11 Nov. 2019

Despite the fact that it ends in –s and implies a multitude, series is a count noun, used in typical singular constructions when referring to one such collection of things or events:

The series is part of the booming "urban fantasy" subgenre, which features supernatural creatures interacting with ordinary humans in a contemporary city.
— Jennifer Schuessler, The New York Times, 6 Feb. 2011

When is 'Series' Singular?

Series is often found in the construction “a series of,” as illustrated above, with a plural noun following of (“a series of doors”; “a series of right hooks”). Series remains singular in this construction, but just like with other group nouns (such as gang or family), any verb that comes after the phrase will sometimes be conjugated to agree with the plural noun that follows of, rather than series, due to notional agreement:

Police are warning South Side residents after a series of armed robberies were reported over the last few weeks in Englewood.
— The Chicago Sun-Times, 10 Aug. 2019

The document was among a series of files that were unsealed Monday as part of a lawsuit over autonomous-vehicle trade secrets brought by Alphabet Inc.’s Waymo.
— Eric Newcomer, Bloomberg, 29 Jan. 2019

Most singular nouns ending in –s are pluralized by adding –es to the end: lenses, buses, summonses, classes. And although series is a singular noun whose very meaning implies a plurality (“made a series of mistakes”), it can be pluralized just like any other count noun. However, the plural form of series is what is known to grammarians as a zero plural. That means there is no change to the form of the word even as it indicates a plural:

On paper, the two series are quite different: “The Morning Show” begins with the firing of a broadcast news program’s anchor over sexual misconduct allegations against him, while “The Newsroom” kicks off with the hiring of a new executive producer to revive a broadcast news program’s journalistic integrity.
— Sonia Rao, The Washington Post, 4 Nov. 2019

Going into Monday’s MLB playoff action, all four division series were on the line. Coming out of Monday, only one was decided, with the New York Yankees sweeping the Minnesota Twins to advance. The other three series — Tampa Bay Rays vs. Houston Astros; Washington Nationals vs. Los Angeles Dodgers and St. Louis Cardinals vs. Atlanta Braves — continue in the coming days.
— CBS Denver, 8 Oct. 2019

Zero plurals are commonly used for animal names considered as a group (“they own a hundred sheep”; “caught three trout while fishing”), for some foreign units of currency (“40 yen”), and other scattered examples (“ten aircraft”). Another noun already ending in –s that takes a zero plural is species:

In the course of the day, we would see grazing mallards with emerald heads, tree swallows with iridescent turquoise capes and several sparrow species, each distinguished by a unique ornament: swoops of yellow around the eye, a delicate pink beak, a copper crown.
— Ferris Jabr, The New York Times Magazine, 9 Jan. 2019