1a : a number of things or events of the same class coming one after another in spatial or temporal succession a concert series the hall opened into a series of small rooms
b : a set of regularly presented television programs each of which is complete in itself
2 : the indicated sum of a usually infinite sequence of numbers
3a : the coins or currency of a particular country and period
b : a group of postage stamps in different denominations
4 : a succession of volumes or issues published with related subjects or authors, similar format and price, or continuous numbering
5 : a division of rock formations that is smaller than a system and comprises rocks deposited during an epoch
6 : a group of chemical compounds related in composition and structure
7 : an arrangement of the parts of or elements in an electric circuit whereby the whole current passes through each part or element without branching — compare parallel
8 : a set of vowels connected by ablaut (such as i, a, u in ring, rang, rung)
9 : a number of games (as of baseball) played usually on consecutive days between two teams in town for a 3-game series
10 : a group of successive coordinate sentence elements joined together
11 : soil series
12 : three consecutive games in bowling
in series
: in a serial or series arrangement
More Example Sentences Phrases Containing series Learn More About series

Examples of series in a Sentence

These example sentences are selected automatically from various online news sources to reflect current usage of the word 'series.' Views expressed in the examples do not represent the opinion of Merriam-Webster or its editors. Send us feedback.

First Known Use of series

History and Etymology for series

Latin, from serere to join, link together; akin to Greek eirein to string together, hormos chain, necklace, and perhaps to Latin sort-, sors lot

The first known use of series was in 1611 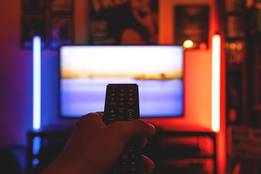 Getting our ducks in a row on this count noun.

: a number of things or events arranged in order and connected by being alike in some way the third book in the series On either side of the rut were a series of ledges.— Louis Sachar, Holes

1 : a number of things or events of the same class coming one after another in spatial or temporal succession described a new series of cases
2 : a group of specimens or types progressively differing from each other in some morphological or physiological attribute a series of antitoxins
3 : a group of chemical compounds related in composition and structure

More from Merriam-Webster on series

Thesaurus: All synonyms and antonyms for series