Native speakers of English never have to worry about one of the odder parts of our grammar: noncount nouns (also called mass nouns). These are words like sand or butter that don’t have usual plural forms, don’t use indefinite articles like a or an, and take singular verbs (“the butter is melting”; “sand blew into his face”). The idea is that this kind of word notionally cannot be counted; even though sand is made up of many tiny parts, when we say “sand,” as when we say “water,” we mean an uncountable mass (unlike, say pebble or snowflake). They are modified by words like more, much, most, and some. You can’t say “a few sand” or “I need many water,” for example. A French person would say “I need to get my hairs cut,” which might sound funny but is logical. English grammar is not determined by logic. 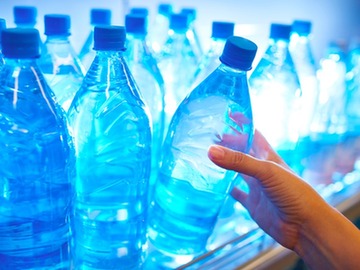 Noncount nouns, or 'mass nouns', are words that don't have usual plural forms, don't take indefinite articles, and are used with singular verbs—i.e., "the butter is melting."

Mass nouns are different from zero plural nouns, for which the plural is the same as the singular: deer, sheep, trout, shrimp, offspring, series, Japanese and Vietnamese.

Here are a few examples of mass nouns:

These words don’t take the traditional plural -s or -es ending—except sometimes. Some mass nouns have plurals that are like tuxedoes: only taken out on special occasions. Their very oddness conveys an immediate understanding that something different is being expressed—often something more figurative or poetic:

The waters of March

The sands of Iwo Jima

The snows of yesteryear

The labors of Hercules

One of the most famous examples of this special literary plural is loaves and fishes. The actual line from the 1611 King James Bible is:

And they say unto him, We have here but five loaves, and two fishes.

Fishes can also be used when discussing more than one specific kind or species of fish, as in “all the fishes of the sea.”

Pluralizing of mass nouns is also sometimes seen in academic language; it brings a formal tone to the writing and draws attention to itself through its difference from the standard or expected grammatical form, and allows for distinctions to be made within disciplines:

"Far from abandoning the notion of man-as-such, they would say, these anthropologies only reject viewing man as deficient or as abundant, but the idea of man-as-such still is retained in the concept of man as dialectical."
—"Blumenberg and the Rationality of Rhetoric," J. M. Fritzman, Rhetorica: A Journal of the History of Rhetoric, Vol. 10, No. 4 (Autumn 1992), pp. 423-435

"However, in the context of a survey, the intricacies and forms of such knowledges are likely to be misread; at most, field researchers will just be told to be sensitive about questions of this kind."
—"New Agendas for Social Science Research," Mary E. John, Economic and Political Weekly, Vol. 43, No. 5 (Feb. 2 - 8, 2008), pp. 36-38

"How can reference be made to non-Western musics in the standard music survey without obscuring the primary focus on Western art music?" Music Appreciation Class Broadening Perspectives —Hao Huang, Music Educators Journal, Vol. 84, No. 2 (Sep., 1997), pp. 29-33

Become familiar with this subtle plural convention, and you'll have one more way to demonstrate all your learnings.