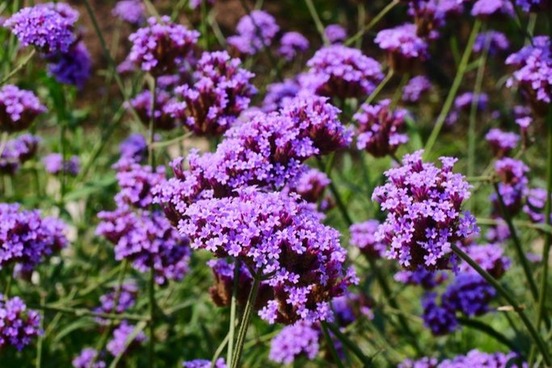 Inflorescence derives from the Latin verb inflorescere, meaning "to begin to bloom," and ultimately from florēre, "to blossom" or "to flourish." Generally, it refers to the arrangement of flowers on the stem or stalk of a plant. Here's a bouquet of some of the more common inflorescences.

The name Guanacaste comes from the Aztec language quaitil = tree and nacaztli = ear, that is, tree of the ears. White flowers, grouped in small and spherical inflorescences, with very long stamens (similar to the dorilone flowers).
— MENAFN, 7 Mar. 2020

A cyme is an inflorescence in which the central flowers open first, followed by the peripheral flowers, so that the oldest flowers are on top. The daylily and the buttercup are examples.

A raceme's flowers develop on short stalks of about equal length at equal distances along an unbranched, elongated axis, as exhibited in the lily of the valley. This inflorescence might recall a bunch of grapes, and, actually, its name is from Latin racemus, meaning just that, "a bunch of grapes."

The flower cluster of an umbel grows from a common center and forms either a flat or curved surface. It resembles the ribbed structure of an upside-down or right-side-up umbrella, which can be seen in the milkweed or Queen Anne's lace.

Although the flower stalks of a corymb grow at different levels along a main stem, they still reach about the same height, like that of an umbel's. The inflorescence of the yarrow grows in this manner.

The common sunflower's inflorescence is called a capitulum, which in Latin means "small head." Essentially, one can consider this inflorescence to be a bunch of small flowers embedded in a flat receptacle. 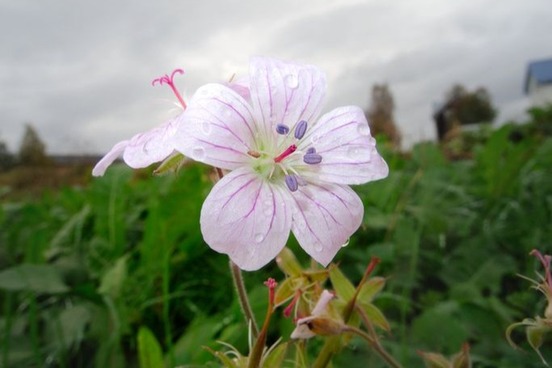 Pistil is the name of the female floral organ. The pistil consists of a long cylindrical central part, called a style, that connects the lower ovary to the upper stigma, which receives and holds pollen. There may be a single pistil, as in the lily, or several to many pistils, as in the buttercup. A group of pistils (or carpels) is called a gynoecium, an alteration of Latin gynaeceum. That Latinate word originally referred to the women's apartments in an ancient Greek or Roman household.

The lararium was deserted; the gynœcium was still, as in the Roman time, the favoured apartment of the female portion of the house-hold.
— Edward Bulwer-Lytton, Harold, the Last of the Saxon Kings, 1848

Pistil, ovary, style, and stigma are all of Latin parentage. The word pistil is from the Latin word for a pestle (the hard tool with a rounded end used to crush a substance in a mortar), pistillum, which is derived from the verb pinsere, meaning "to pound" or "to crush." Ovary, which in botany refers to the part of a flower where seeds are formed, is from Latin ovum, meaning "egg." Style is from stilus, the Latin name for a spike or stem of a plant. Stigma is ultimately derived from Greek stizein, "to tattoo," but it entered English via Latin. 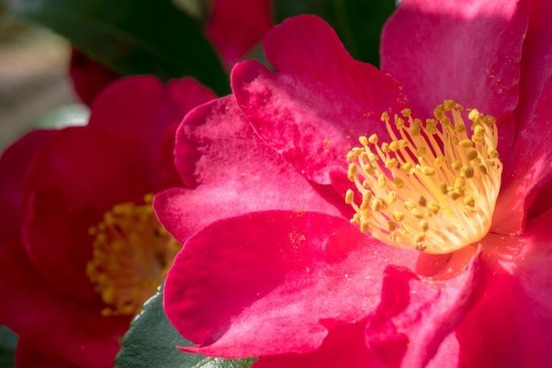 The male parts, called stamens, look like long stalks (known as filaments) with a little round shape at their end (called the anther), which contains the plant pollen. This bright yellow or orange dust is what insects carry from one plant to another.
— Science Buddies and Svenja Lohner, Scientific American, 2 May 2019

It consists of a long slender stalk, the filament, with saclike structures at its tip, called anthers, which contain the pollen. The stamens of a single flower are collectively referred to as androecium. The organ's name is derived from Latin stare, meaning "to stand." In ancient Rome, stamen also referred to the warp in an upright loom or to its thread. (The word stamina, meaning "staying power," is related.)

The filament of a stamen is thin but not as thin as common thread; nevertheless, its name is from Latin filum, which refers to a file of documents strung together or to the thread so used. The seed of anther, on the other hand, is Latin anthera, which was the name of a flower-based medicinal preparation. That word is rooted in Greek anthēra, whose feminine form, anthēros, means "flowery." 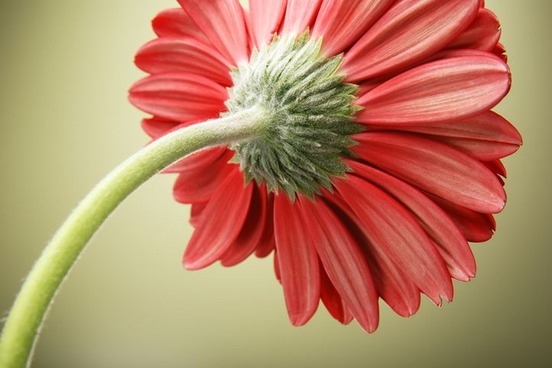 A calyx is the usually green outer whorl (whorl being a technical term for a surrounding arrangement of leaves) of leafy sepals that protect an unopened bud. After the flower opens, the sepals usually remain hanging at the flower's base, which is commonly seen when a rose opens.

The word calyx is a borrowing of Latin calyx and Greek kalyx, both of which mean "outer covering of a flower or bud." In the past, Latin calyx was often confused with calix—the Latin word for a drinking cup (which is the source of English's chalice)—by scientists who compared the calyx of a flower to a cup. The confusion also led to the application of calyx to cuplike anatomical structures. We define renal pelvis, for example, as "a funnel-shaped structure in each kidney that is formed at one end by the expanded upper portion of the ureter lying in the renal sinus and at the other end by the union of the calyxes of the kidney." 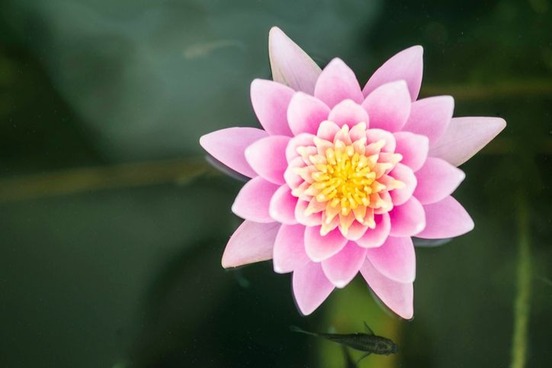 A corolla is the part of a flower that is composed of usually colorful petals and that is situated above hanging sepals. Before blossoming, the corolla is protected by the calyx. Together, those parts make up the perianth of a flower.

The name corolla is borrowed from New Latin corōlla, which goes back to a Latin word for a small wreath of flowers. It is also related to corōna, which has the more specific meaning of "a garland worn on the head as a mark of honor or emblem of majesty" and is the source for English's crown. 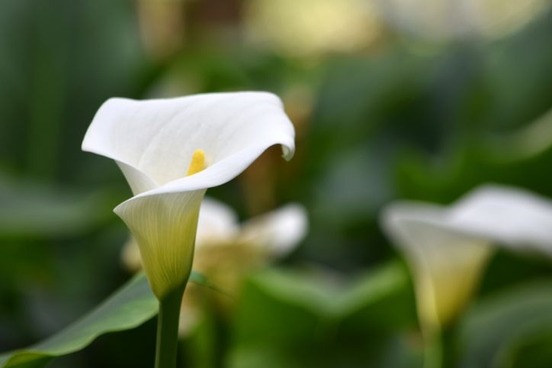 The spadix is a floral spike with a fleshy or succulent axis that is enclosed in a leafy spathe. The calla lily and corpse flower both have a spadix and spathe.

The actual flowers are very tiny and are located on the yellow column, which is botanically known as the spadix. The showy white, funnel-shaped structure is a modified leaf called the spathe. This flower structure is common among arums (members of the Araceae family). Other well-known arums include the peace lily (Spathiphyllum), anthurium, dieffenbachia and Jack-in-the-pulpit (Arisaema triphyllum).
— Dan Gill, Nola.com, 21 Feb. 2020

The spathe on the corpse flower is striped green and white on the outside and a meaty red within.
— Ciscoe Morris, The Seattle Times, 31 May 2017

Spadix is a Latin borrowing. In Latin, it meant "frond torn from a palm tree"; the word was developed from the Greek verb span, "to draw, pull." Spathe is fittingly from Latin spatha, which means "broadsword," of which a spathe's bract resembles. 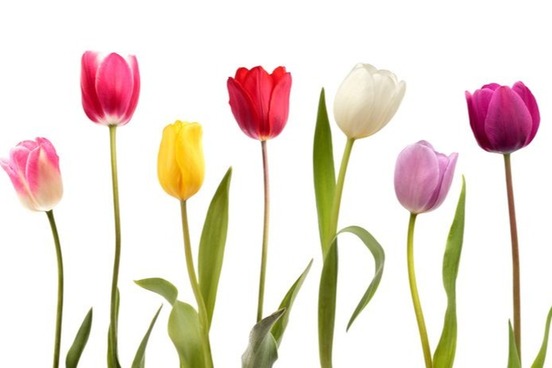 Peduncle is from New Latin pedunculus, which is a diminutive form of Latin ped-, meaning "foot." It refers to the stalk (or footstalk) holding up a flower, fruit, etc. Another name for this basal part is petiole, which is related to Latin peciolus, meaning "small foot." That root is probably an alteration of pediciolus, the diminutive of pediculus, which also gave English another word for a footstalk, pedicel.

The words peduncle, petiole, and pedicel also have use in the field of anatomy. They refer to a narrow part by which some larger part is attached, such as the slender abdomen of an ant. 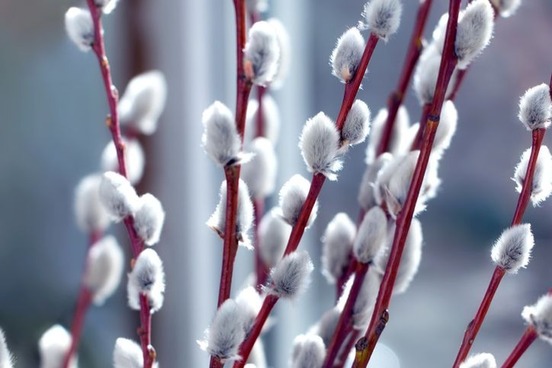 A catkin is an elongated, pendulous spike of trees, such as the willow or the birch, that has small flowers that grow directly from the stem. Its name originates from its soft, furry appearance, like that of a cat's tail.

Both the willows and aspens are starting to form catkin flowers that will slowly reach maturity later in spring. And soon, the sap will be flowing in regional maple trees.
— Larry Weber, Superior Telegram, 29 Feb. 2020

Another name for the catkin is ament, which is from amentum, a Latin word for a thong or strap. 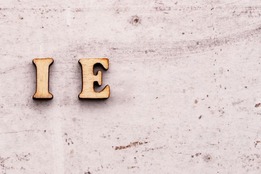 Up Next
Digging Up the Latin Roots of 14 Abbreviations
More Words At Play
Biden: Vaccine 'Mandates'