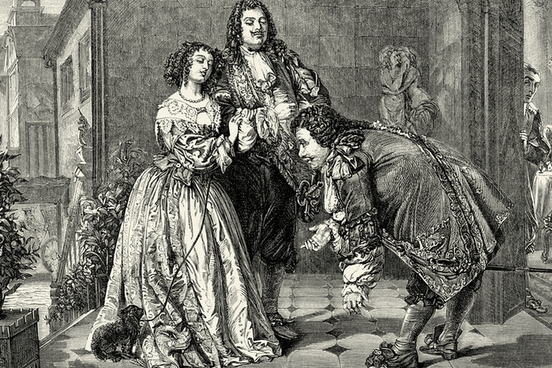 When you receive attention or a favor, acknowledge it by “I thank you,” instead of “Thanks.” We notice that “Thanks” has become a vulgarism from the abuse of the word.
—Mrs. Walter R. Houghton et al., Rules of Etiquette & Home Culture: Or, What to Do & How to Do it, 1893

Some people today still feel that thanks veers overly close to the informal, although the recommended alternative appears to be “thank you” rather than “I thank you.” Our definition for one sense of this word is “often used in an utterance containing no verb and serving as a courteous and somewhat informal expression of gratitude.”

The word has been used in this sense for over four hundred years; see, for example, a line uttered by Helena in Shakespeare’s All’s Well That Ends Well: “Thanks, sir; all the rest is mute.” 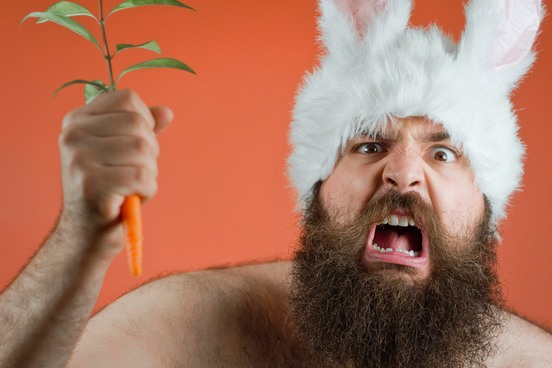 DON’T speak of this or that kind of food being healthy or unhealthy; say always wholesome or unwholesome.
—Oliver Bell Bunce, DON’T; or, Directions for Avoiding Improprieties in Conduct and Common Errors of Speech (The Boudoir Edition), 1889

It should be noted that there are earlier editions of this particular book, but none of them appear to be described as “The Boudoir Edition.” We must admit that boudoir edition is a term outside of our lexicographic ken, but it sounds very nice, so that’s why we’ve quoted from this edition.

Bunce was a man of opinions on language; these opinions were rendered forcefully, and, on some occasions, without excessive regard for clarity.

“Remember to give the dipthongal sound of eu where it belongs. The perversity of pronunciation in this particular is singular.”

“If a person can not give his church or town library a little money without calling it donating, let him, in the name of good English, keep his gift until he has learned better.”

The reason to not use healthy in relation to food is that healthy was thought by some at the time to be distinct from healthful: the former meant “possessing good health” and the latter meant “conducive to good health.” This distinction is little observed in the present day. 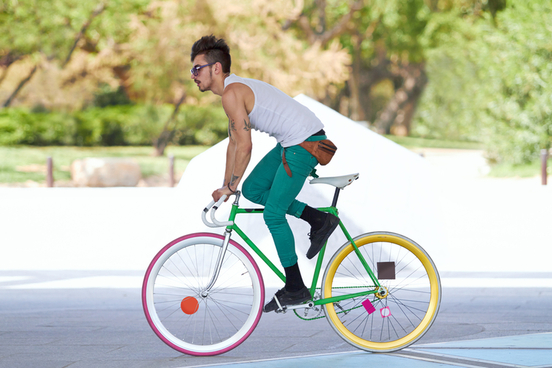 As for such words as “gent” and “pants,” you probably know that there are two good reasons for letting them forever alone. The first is, that there are really no such words; but they have been cut off of the longer ones—gentleman and pantaloons. The second is, that these words are used by vulgar people almost entirely. Now, to be vulgar in manners is like being unclean in the face, and having one’s clothes torn, or displeasing in any other way. You are just as unpleasant with your coarse ways of speaking as the dirtiest, raggedest newsboy in the street is in his appearance. As for these shabby and low-born words, we will have none of them.
—Shirley Dare Powers, Behaving: or, Papers on Children’s Etiquette

In addition to writing an etiquette book for children, Shirley Dare Powers was the author of the curiously titled The Ugly Girl Papers; or, Hints for the Toilet (before you spend too much time trying to figure that out, it was a beauty manual). While she may have been a bit more forceful in her denunciation of pants (and gent) than most, this shortened form of pantaloons was objected to by many usage and etiquette guides of the day. We didn’t start referring to this article of clothing as pants until well into the 19th century; the earliest evidence we have of such use comes from an article in a Boston newspaper in 1833, which begins with the line “Tight pants, have a very fair prospect of soon becoming out of fashion, at least with the candidates for matrimony.” 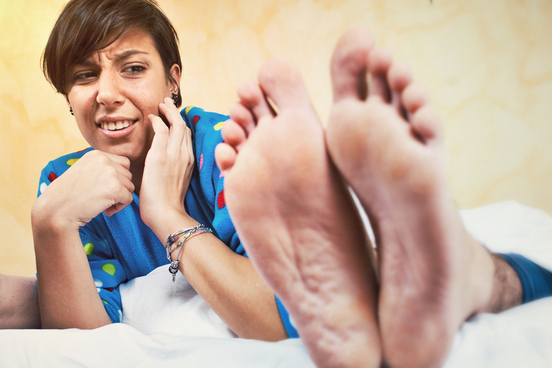 A list of words and phrases not used in well-bred conversation ... Nasty (incorrect) – Disagreeable (Correct)
—Frederick H. Martens, The Book of Good Manners; A Guide to Polite Usage for All Social Functions, 1923

The Book of Good Manners contains a good deal of advice on which words and phrases are to be avoided by those who would appear well-bred in their conversations. In order to fit them all in Martens had several pages of lists, in columns of correct and incorrect. In addition to advising against using nasty to mean “disagreeable,” he also informs readers that mad should not be used for “angry,” charmed should not substitute for “pleased,” and, rather than say that something is the limit, one should say that it is “an extreme of conditions.” 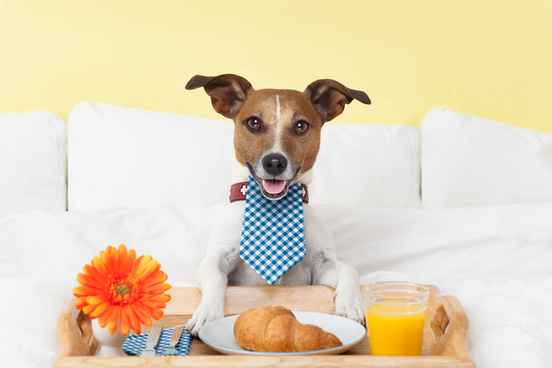 Slang and colloquialisms which will not pass muster ... Ritzy (Incorrect) – Conceited, “stuck up”; very “chic” (Correct)
— Frederick H. Martens, The Book of Good Manners; A Guide to Polite Usage for All Social Functions, 1923

Ritzy would have been a very recent word when Martens’s etiquette guide was published; the earliest record we currently have of the word is from 1920. And since the word comes from a luxurious hotel (the Ritz Paris) first opened by César Ritz in 1898, it is unlikely to be much older than that. The Book of Good Manners took a firm stance on slang (it is to mostly be avoided), as did most other etiquette guides of the time. However, Martens had the courtesy to include a lengthy list of the things that cool kids were saying in 1923 (but which well-bred people should avoid). So now we know that it was considered improper to use the term aggravating papa to refer to “a refractory lover” (whatever that is); “an elderly lover” should not be called a heavy-sugar papa, and no matter how much you might wish to, do not say that someone is splifficated (the correct word is “intoxicated”).

(Yes, we know that the previous entry was from the same book, but this book is amusing enough to warrant double-dipping.) 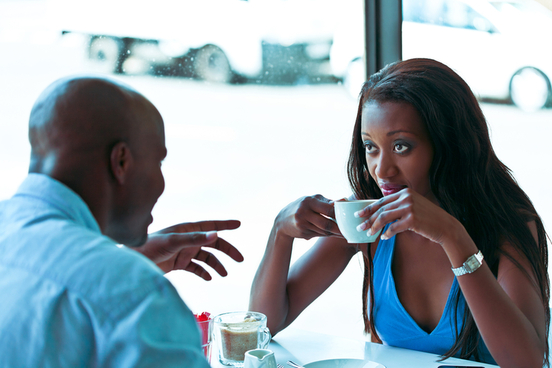 Although it is true that the linguistic guidance provided in late 19th and early 20th century etiquette books was largely concerned with instructing readers how to avoid mistakes, the authors of many of these books were also concerned with explaining how to not be a pedantic bore. One such example is Cecil Hartley, who in his 1873 book The Gentlemen’s Book of Etiquette wrote “Avoid pedantry; it is a mark, not of intelligence, but of stupidity.”

Emily Post was likewise interested in teaching Americans how to avoid sounding overly snooty; converse was but one of many fancy words that she advised against using.

...the caricature “lady” with the comic picture “society manner” who says “Pardon me” and talks of “retiring,” and “residing,” and “desiring,” and “being acquainted with,” and “attending” this and that with “her escort” ... does not belong to Best Society, and never will!
—Emily Post, Etiquette in Society, in Business, in Politics and at Home, 1922 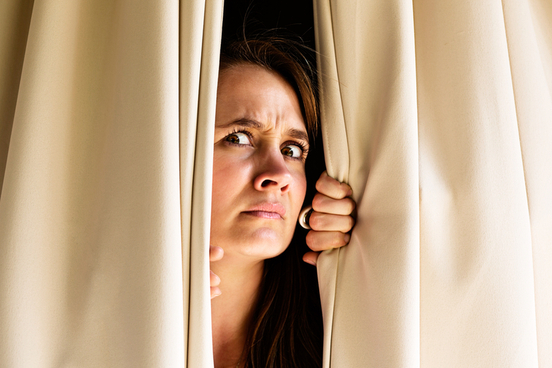 Never say drapes – Say instead curtains, or, if necessary, draperies. (“Drapes” is seen in the advertising pages every day, but it is still a flagrant example of bad taste.)
—Emily Post, Etiquette: The Blue Book of Social Usage, 1945

Drapes was far from the only shortened word frowned upon by Post; in this same volume she advised that one should avoid using photo, auto, and mints (“All abbreviated words should be avoided”). Other words that our doyenne of etiquette felt one should never say were mansion, realtor, and mortician (the proper forms are big house, real-estate agent, and funeral director, you philistine). 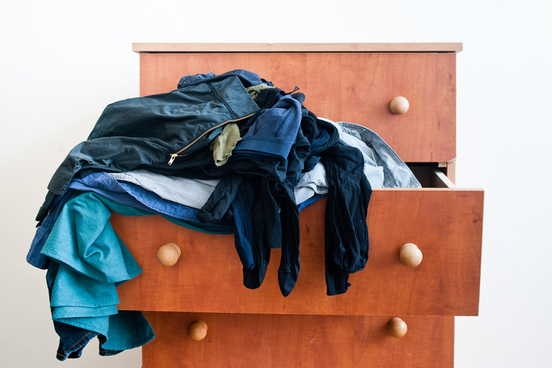 “Bureau” is a misapplied term which curiously crept into our domestic vocabulary, but is being gradually expunged from it. It is not etiquette now to say “bureau,” except in its proper sense. Applying it to a chest of drawers or a dressing-table is only done in the rural districts now ... The progressive ignorant have made a compromise, and fallen into another error—that or calling it “dresser,” which is the name applied to a set of kitchen shelves, with plates and cups thereon.”
—Etiquette for Americans, by a Woman of Fashion, 1897

The self-proclaimed “Woman of Fashion” who wrote Etiquette for Americans had some definite feelings about certain words, in addition to bureau. Lawn, yacht, and guests (for “visitors”) were, in her view, “pretentious expressions ... to be avoided.” Elevator “is a puffy word, and perfectly absurd.”

The author was apparently unmoved by Samuel Johnson, as that lexicographer defined a bureau as “a chest of drawers” in 1755. The word’s older senses include “a writing desk,” and “a specialized administrative unit.” 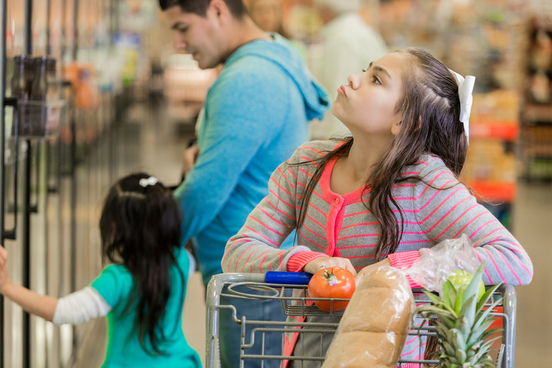 Society has its test words. It is considered provincial to say “depot” for “station,” “bureau” for “dressing-table,” “store” for “shop.”
—Mrs. Burton Kingsland, The Book of Good Manners, 1904

This early 20th century guide to etiquette took a strong position on its title page, by including a quotation from the 18th century statesman Edmund Burke: “Manners are of more importance than laws.” It echoed the sentiment that bureau was a word to not be used for a piece of bedroom furniture, and also informed readers that store should not be used to designate a shop. Although store had long been in use in English, it was not until the early 18th century that the Americans, with our deficiencies of linguistic etiquette, began to use it in such fashion.

Very good fine Salt to be Sold by White and Taylor, at their Store in the Front-Street, Philadelphia, and Two Shillings and Three Pence per Bushel, by the Hundred.
—(Adv’t) American Weekly Mercury (Philadelphia, PA), 16 Mar., 1727 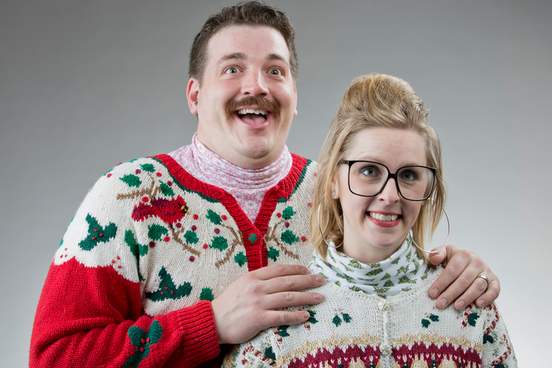 Words which are bad form are “wealthy,” “elegant,” “homely.” Instead of these the form would be “rich,” “beautiful,” “plain.” No one who knows the distinction in refined words would say “folks” for “family or “relatives,” or “fellows” for “young men,” or “groom” for “bridegroom.” The expressions “lady friend” and “gentleman friend,” “gentleman guest,” are never heard in social life, and would stamp a person immediately as being ignorant.
- Ellin Craven Learned, The Etiquette of New York To-day , 1906

It is unclear exactly why the etiquette of New York in the beginning of the 20th century should dictate that homely not be used. The preferred term, as stated above, was plain. The earliest sense of homely was “suggestive or characteristic of a home”; however, since the word has been used to mean “plain” since the beginning of the 15th century, one would think the etiquette guides would have gotten used to the idea by then.