Is it 'Healthy' or 'Healthful'?

You don't win friends with arbitrary usage rules from the 1880s 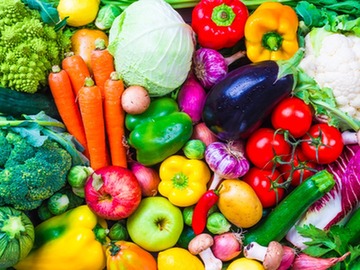 These vegetables are healthful. They are also healthy. Both words are correct.

Let's look at the histories of these two words. Healthful is older. It dates to the late 14th century, when it was used exclusively to mean "conducive to health" or "good for you." Within about 150 years, though, healthful was also being used to mean "having or showing good health."

Around the same time this alternate meaning of healthful developed—in the mid-1500s—the word healthy came on the scene—and it was used with both meanings that healthful had.

Since then it's all been pretty much downhill for healthful. The word is now only rarely used as a synonym for "well," and it's not very frequently used to mean "good for you" either. Yep, since its introduction more than 450 years ago, healthy has been the more common word for both meanings.

For a long time it seems no one cared about which word people used. The distinction between healthful and healthy was first prescribed as a rule in the 1880s. The rule, though, never had much of an impact on actual usage. In American English, healthy is far more common than healthful, and in British English healthful is downright rare. You can of course observe the distinction if you want to, and call vegetables healthful and your well friends healthy. You'll be correct if you do, and in the minority. You can also ignore the distinction and say that both vegetables and well people are healthy. You'll also be correct, and in the majority. It's up to you.