People have complained about it since 1781, but there's no historical basis for the complaint

The principal meanings of mad, “crazy,” “foolish,” “enthusiastic,” and “angry,” all date back to the 1300s—so far back in the history of the English language that it’s difficult to tell which one came first. Knowing for sure which meaning came first would allow us to plot the progress of the word: did the “angry” meaning derive from the “crazy” meaning, or was it the other way around? We may never know. 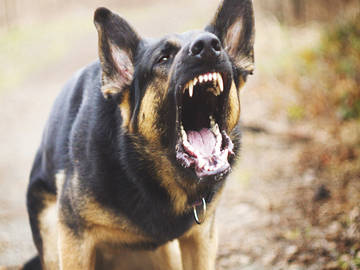 In British English today, a statement like “He must be mad” is understood to mean “He must be crazy.”

Nevertheless, even given this shared history, one particular meaning has often been criticized. Using mad to mean “angry” has been controversial: as far back as 1781, this use was described as “not found in any accurate writer, nor used by any good speaker.” British critics who disliked the usage labeled it an Americanism—the kiss of death for a British commentator on English usage. If it could ever be said that a single meaning of a word had an inferiority complex, it could be said of mad.

But mad meaning “angry” does, in fact, have an English pedigree:

And I punished them oft in every synagogue, and compelled them to blaspheme; and being exceedingly mad against them, I persecuted them even unto strange cities.
—King James Bible, Acts 26:11

I then, all smarting with my wounds being cold, To be so pester'd with a popinjay, Out of my grief and my impatience, Answer'd neglectingly I know not what, He should or he should not; for he made me mad
—Shakespeare, Henry IV Part 1, Act 1, Scene 3

It should be noted, however, that Shakespeare used mad to mean “crazy” much more frequently than he used it to mean “angry.” In British English today, a statement like “He must be mad” is understood to mean “He must be crazy.” So though the “angry” meaning isn’t an Americanism in origin, it has become more standard in American English over time.

Samuel Johnson’s famous dictionary, published in London in 1755, included the sense “enraged; furious,” but Noah Webster in 1828 seemed already aware of the controversy. He includes the definition “Inflamed with anger; very angry,” but adds a note:

This is a common and perhaps the most general sense of the word in America. It is thus used by Arbuthnot, and is perfectly proper.

Another opinion comes from the fine Worcester’s Dictionary of 1860; he calls the usage colloquial and makes very neutral, non-judgmental comments about it:

This is a very common colloquial use of this word in this country; as, he was very mad; that is, very angry; and in this sense it is said to be very common in conversation in England. According to Halliwell, mad is used in the sense of angry in various dialects in England. —“Indeed, my dear, you make me mad sometimes.” Spectator No. 176

Books on English in the early 1900s called this use “careless,” but in fact there never was a reason for stigmatizing mad meaning “angry”—like so many usage controversies, this one was made up by people who confused their own taste with the way language actually works. It's fine to use mad to mean "angry"—even if doing so makes some people mad.