How to make sure you're using them right

Do you find yourself jolted awake in the middle of the night, seized with the paralyzing dread that you may have used either ensure, insure, or assure when one of the others was called for, when writing a letter to a very important person? We hope not, as it isn't really worth losing sleep over (but good on you for still writing letters). Furthermore, not only is there a good chance your reader also confuses these three words, but there are many circumstances in which they are in fact interchangeable. 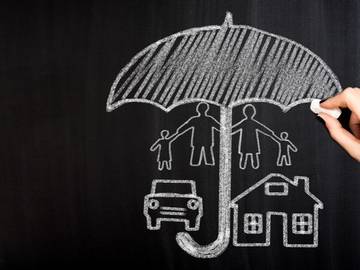 We assure you this is a common problem.

As a means of illustrating this, let’s look at some of the definitions for each word found in our Unabridged Dictionary:

Each of these words has some meanings which are peculiar to it, some which are not entirely discrete from the others, and some which overlap almost entirely.

The cynic would be mostly right, at least for much of the history of English, as for hundreds of years insure and ensure were simply spelling variants, and had no more difference between them than theatre and theater. It is not uncommmon to find them used in much the same manner, even within the same sentence.

Such an introduction, though it may ensure success, does not necessarily insure a rapid or brilliant one, and for a considerable time his character stood much higher with the profession than with the publick.
— The Gentleman’s Magazine (London, Eng.), Oct. 1823

However, in the middle of the 19th century some began to find fault with this, and proposed assigning meanings to ensure, insure, and assure in more orderly fashion.

An instance of such differentiation, when a new word arises, may be found in the word ‘ensure,’ formerly spelled indifferently ‘ensure’ and ‘insure;’ whereas, at present, the latter mode refers properly to the periodical payment of a sum of money during life, in consideration of a larger sum being paid to relatives at death; a person doing this is said to ‘insure’ his life; but to ‘ensure’ his life is admittedly beyond any man’s power….and here we may remark, en passant, that the words ‘assure’ and ‘assurance’ are wholly incorrect as applied to life or fire insurance.
— Chambers’s Journal, 23 Nov. 1867

We propose no innovation, except that of so limiting the significations of ensure and insure, enure and inure, that each of these words in en shall become a distinct word, instead of being as now a various spelling.
— Benjamin Drew, Pens and Types, 1871

Many usage guides have suggested restricting the use of insure to financial matters, and employing ensure in general uses where you mean “to make sure, certain, or safe.” And we often do this; when examining the things that we insure they tend be much more of things that may be assigned some remunerable value: cars, homes, ourselves. The things that we ensure, on the other hand, are more frequently accountability, control, and outcomes. Assure is differentiated from these two words in that it may have the specific meaning of removing doubt (or attempting to) from someone’s mind.

For the most part we seem to have little trouble assigning these words to their now commonly accepted uses. It is still fairly common to find one used in a setting where another might be called for.

The bill's vital signs are declining, but there's still evidence of brain activity. The Senate's action probably insures that debate will go to the wire.
— Richard Halicks, Kristina Torres, and Chris Joyner, The Atlanta Journal-Constitution, 24 Mar. 2013

With only twenty minutes to pose questions to a busy star headed for the airport, the publicist insured me that she'd give me more "in twenty minutes than many other actors would in two hours.”
— Richard Porton, Cineaste (New York, NY), Spring 2007

The creative team ensured me that the stunt would be performed under strict supervision, yet when you know there's no coming back in case anything goes wrong, the process makes you vulnerable.
— The Hindustan Times (New Delhi, Ind.), 31 Jul. 2017

If you still feel uncomfortable and itchy when trying to decide if it is correct to assure your spouse that you will ensure that the new job will leave you insured, you can relax. Even in the judgy and nitpicky world of English usage if you choose the wrong one here it’s more of a venial sin than a mortal one.