Why Do We Use Apostrophes to Show Possession?

The role of the apostrophe has shifted over time

Some like to think of the English language as an orderly sort of thing, a rock of stability in the chaos and uncertainty of life. Yet this is far from true: our language is a sloppy mess. Consider the apostrophe.

There has never been an innocent time in which we all agreed on what the apostrophe was supposed to do. Not only does such consensus not exist in the past, it doesn’t exist now: the role of this troubling little punctuation mark is still in flux. 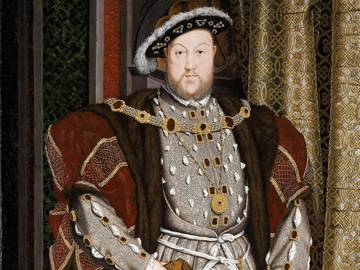 The 's' at the end of a word indicating possession ("The king's fashion sense") probably comes from the Old English custom of adding '-es' to singular genitive masculine nouns (in modern English, "The kinges fashion sense"). In this theory, the apostrophe stands in for the missing 'e'.

The mark we call an apostrophe probably originated in 1509, in an Italian edition of Petrarch, or in 1529, at the hand of the French printer Geoffroy Tory, who is also credited with inventing the accent and the cedilla. Before apostrophe referred to a squiggle on the page, it was a rhetorical term for an address to a usually absent person or a usually personified thing (the word comes from the Greek apostrophē, which literally means “the act of turning away”).

The first grammatical apostrophes addressed absence in a different way. It is widely accepted that the first apostrophes were marks of elision which indicated that something had been taken out of the word. Here's where things begin to get confusing: the apostrophe would be stuck into a word to indicate the removal of a letter (usually a vowel) which was not pronounced, such as the e in “walk’d.” But sometimes people would simply stick an apostrophe in the middle of a word for no discernible reason, as the 17th century poet Robert Herrick did when he wrote “What fate decreed, time now ha’s made us see.”

To make things even more confusing, people refused to agree on exactly which letters should be replaced with an apostrophe; often it was unvoiced single vowels, but occasionally it was larger pieces of a word, such as the re and as of fo’c’sle.

Then people began using apostrophes to indicate the genitive (or possessive) role of a noun, confusing the public even further. The role of the apostrophe in a phrase like “the apostrophe’s role” was hotly debated for decades. Some people thought that the s at the end of a word indicating possession was simply a stand-in for “his,” and so “the king’s book” would be the shortened version of “the king his book.” This theory is no longer popular. Instead, it seems likely that the genitive apostrophe is an illustration of our language’s older, highly inflectional state.

It's like this: in Old English it was common to add an -es to singular genitive masculine and neuter nouns. For instance, the genitive form of the word for king, cyning, would be cyninges. In Middle English, feminine nouns tended to be similarly inflected. So the apostrophe is still functioning, in a way, as a mark of elision, insofar as it is standing in for the missing e of a long-disused genitive case.

That’s all well and good, but why are things still in such a jumble? Why haven’t we managed to iron out all the kinks and finally figure out what we’re supposed to do with the apostrophe? The simple answer, once again, is that there has never been any widespread agreement in terms of how we should use the apostrophe. The Oxford Companion to the English Language notes that when Shakespeare’s First Folio was published, in 1623, a mere 4% of the words in it for which we would today use an apostrophe to indicate possession had such punctuation.

Shakespeare was hardly alone in using his apostrophes willy-nilly; in a single article from Poor Richard’s Almanac, Benjamin Franklin both uses and omits the apostrophe for the genitive form of it:

If thou injurest Conscience, it will have its Revenge on thee.

And having calculated the Distance and allow’d Time for it’s Falling, finds that next Spring we shall have a fine April shower.

One does not have to look very hard to find examples of apostrophes being manhandled and put into places where we today would consider them inappropriate. This does not mean that the people who used them thusly were uneducated (see: Jane Austen and Thomas Jefferson), but instead shows us that there wasn’t any widespread agreement on the matter.

Here are some now-discarded things that grammarians have said about how to use the apostrophe over the centuries:

The third person singular of certain Verbs, with the Nominative it set before it, is used Impersonally: as, It rain's, it snow's, it lighten's, it thunder's….
—Jeremiah Wharton, The English-Grammar, 1654

Today, most of us feel comfortable in the knowledge that we don’t use apostrophes for verbs, and few of us still say or write 'tis. Yet while these are extreme examples from long ago, there are numerous ways in which the apostrophe’s use has changed within the past few decades. A number of institutions, such as Harrods department store and Barclays bank, have decided that the apostrophes that long were part of their names are no longer necessary. And it was formerly more common to write 1930’s, rather than 1930s, but a look at each of these forms in several newspaper databases shows that this practice is changing.

For those who are wholly uninterested in the history of the apostrophe and simply want to know the difference between it’s and its, we have a video that should clear that up. And for those who fear that they will never wrap their heads around all the whys and wherefores (which a small minority has always insisted on writing as “why’s and wherefore’s) of the apostrophe, here's a cheering thought: no matter how badly you misuse this punctuation, there is a good chance that some famous writer in the past has done the same thing. Furthermore, there is a sporting chance that any mistakes you make with it will one day come back into fashion.