Definition of apostrophe (Entry 2 of 2)

: the addressing of a usually absent person or a usually personified thing rhetorically Carlyle's "O Liberty, what things are done in thy name!" is an example of apostrophe.

First Known Use of apostrophe

1705, in the meaning defined above

1533, in the meaning defined above

History and Etymology for apostrophe

borrowed from French & Late Latin; French, borrowed from Late Latin apostrophus, apostrophos "mark placed above a consonant to indicate that a following vowel has been deleted," borrowed from Greek apóstrophos (feminine noun, presumably shortened from the collocation apóstrophos prosōidía, with prosōidía in sense "accent mark"), from apóstrophos, adjective, "turned away, averted," derivative of apostréphein "to turn back, turn away" — more at apostrophe entry 2

Note: The sources of English apostrophe imply that the word would have been pronounced with three syllables, but pronunciation with four syllables, copying apostrophe entry 2, was general by at least the time of the Oxford English Dictionary, first edition (1885). An early occurrence in Shakespeare's Love's Labor Lost, 1598 ("You finde not the apostraphas, and so misse the accent") is apparently directly from Latin. The motivation for the sense "turned away, averted" is uncertain. Classical scholia explain apóstrophos variously as referring to the bent shape of the mark, or to its function as averting hiatus (see W.S. Allen, Vox Graeca, second edition, Cambridge, 1974, p. 94; according to Allen, "the latter explanation seems the more probable").

Our Reviews team has selected the best wireless keyboards.

The first known use of apostrophe was in 1533 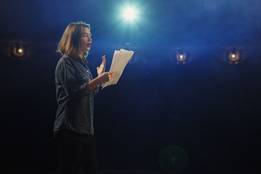 It's when we speak to you and it's like you're not here. 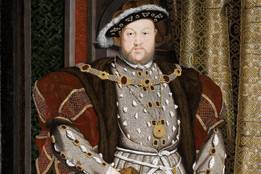 Why Do We Use Apostrophes to Show...

Why Do We Use Apostrophes to Show Possession?

The role of the apostrophe has shifted over time 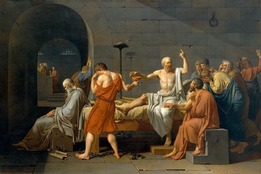 Why is it Socrates' deathbed but Dickens's novels?

More from Merriam-Webster on apostrophe