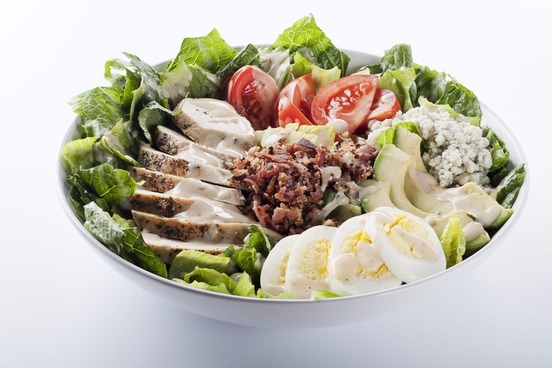 Definition - a tossed salad made typically with chopped chicken or turkey, tomatoes, bacon, hard-boiled eggs, blue cheese, and lettuce and dressed with a vinaigrette

The etymology of the Cobb salad is rife with bloodshed, intrigue, and cryptography, as all the best salad recipes should be…. Actually, that’s not true at all, but the word does have a degree of uncertainty to its origin. The salad was probably named after Robert H. Cobb, a mid-century American restaurateur.

The name for the salad was not in use before the late 1940s, but there is evidence that this particular Cobb was concerned with salads well before then. An article in the Los Angeles Times from 1937 describes how a group of restaurateurs (“the combined culinary ingenuity of leading restaurateurs in Hollywood”) were combining their talents for a benefit dinner; Robert Cobb is listed among the names, and he was said to be contributing salad. So either Cobb was working on perfecting his soon-to-be-famous dish way back then, or he was just the kind of guy who would come to a fancy potluck bearing a small salad. You know, that guy.

This couple like good food and they know how to prepare it, or order it as the case might be. Two portions of Cobb salad they thought would be enough for the three of us. But when the order came it was sent back. Too small!
—Lucille Leimert, Los Angeles Times, 3 Jan. 1947 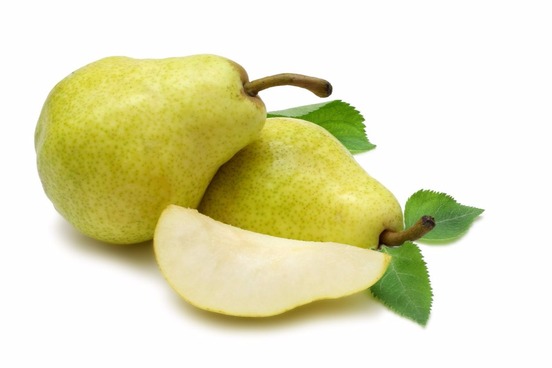 Definition - a pear that has yellowish-green or sometimes red skin and whitish flesh and is the principal commercially produced pear in the U.S.

The Bartlett, also known as the Bartlett pear, is a variety of that succulent fruit named after the man who was known for distributing it, the horticulturalist and merchant Enoch Bartlett. Our earliest records of the name being used are in the early 19th century, seen in the citation below. And while the tastiness of the Bartlett has surely played a role in its prominence, we must not downplay the fact that other popular pears of the time had such unfortunate names as the Doyenne Gris and the Moorfowl Egg.

Of the Fall pears that succeed well in the country, you have the “Seckle,” “Epargne,” “Swiss Bruches,” “Moorfowl Egg,” Verte Longue, a new variety called the “Bartlett pear” and “Doyenne Gris,” also the “Gibson pear.”
—Horticulturist. The New England Farmer, 17 Mar. 1826 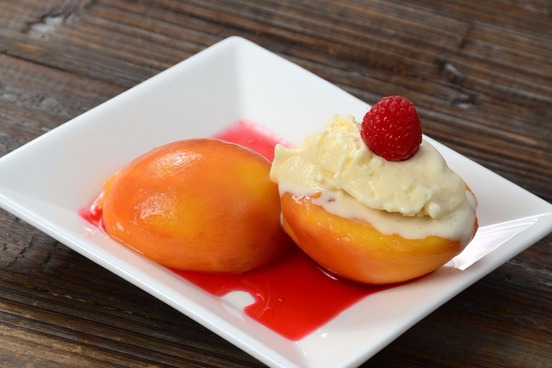 Melba was celebrated enough that several foods were named in her honor: in addition to the peach concoction we have melba toast and melba sauce (“sauce made essentially of raspberries and sugar and served often with ice cream or whipped cream on fruit”).

It may have been unethical for the lady to eat two “peche Melbas” in this day of high cost of everything, but it seems almost to have been worth the price thus to have vindicated the common sense of the English higher court.
—The Times-Picayune (New Orleans, LA), 9 Jul. 1919 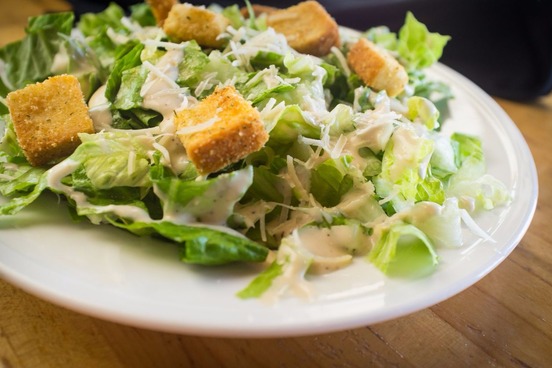 Yes! Caesar salad is named after Caesar, but no, it is not the Caesar of the Julius variety. The salad is named for Caesar Cardini, an American restaurateur, after a restaurant of his in Mexico began serving the dish. Although the salads are thought to have been born in the 1920s we do not appear to have begun calling them Caesar salads until the mid 1940s.

News of Food. Some Advice on the Meat Thermometer and Another New Recipe for Caesar Salad.
—(Headline) The New York Times, 29 Jan. 1947 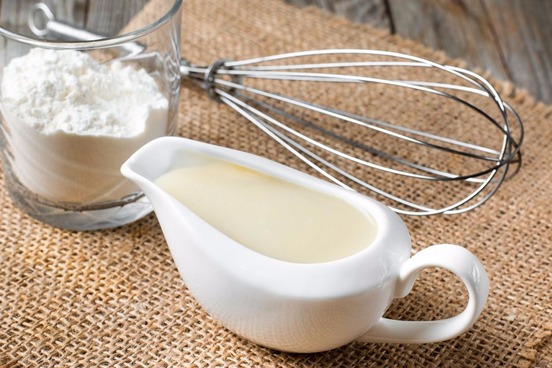 The thick white sauce was invented by, and thus named after, Louis de Béchamel, a French courtier who served in the court of Louis XIV. Béchamel died in 1703, but it did not take long for his sauce to become part of our culinary and linguistic landscape. A book from the middle of the 18th century containing a series of proposed dinner menus recommends “mushrooms a la Bechamel" as part of the second course, along with roast snipes, hare cake in jelly (yum?), and asparagus a la creme (second courses were apparently somewhat larger back then).

"On my first day I was asked to make a spaghetti carbonara. 'Easy,' I thought. 'I know this'. But the head chef asked if he could he could show me how he made it, and I couldn't believe my eyes when he started to make a bechamel sauce. It was awful, just disgusting. But it got worse -- after he'd made this gloopy, thick sauce, he added it to spaghetti which was pre-boiled.”
—Sunday Business Post (Cork, Ireland), 17 Feb. 2013 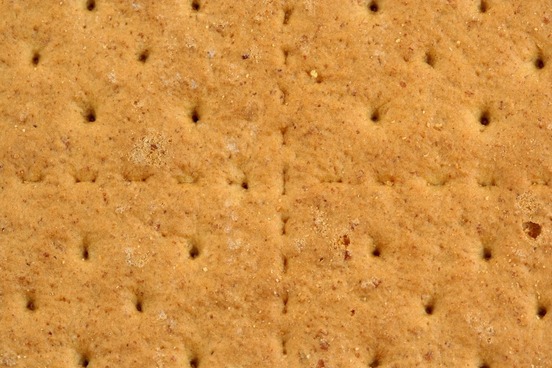 Definition - a slightly sweet cracker made of whole wheat flour

The graham cracker (as well as the substance from which they are made, graham flour) is named for Sylvester Graham, a 19th century advocate of what some might call clean living. Our dictionary refers to Graham as a ‘dietary reformer,’ a label that rarely indicates a person who is well-beloved by the masses.

So it is unsurprising that the entry for Graham in American National Biography notes three separate occasions on which he was physically attacked by groups representing food interests: twice by butchers (“for denouncing meat as sexually arousing”) and once by bakers, after he suggested that mass-produced bread was of insufficient dietary value.

Graham Crackers are the most delicious food made from this flour, and are especially desirable for persons of sedentary habits or occupation, because their stimulating effect materially helps the digestion.
—(Advt.) The Fort Worth Telegram (Fort Worth, TX), 31 Aug. 1907 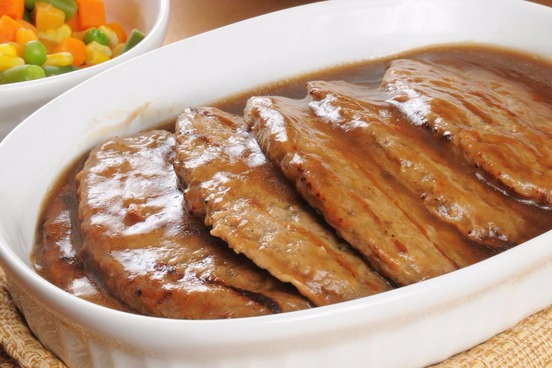 James Henry Salisbury, namesake of salisbury steak, was a 19th century physician, and advocate of not eating too many vegetables (hence a steak being named after him). Salisbury was the author of The Relation of Alimentation and Disease, a 1886 work which helped spark one of the earliest American food fads, despite the unwieldiness of its title (some of the other sexy titles Salisbury came up with were “Examination of the Rumex Crispus—Yellow Dock,” and “Malaria”).

Other people at the end of the 19th century may have named this meal after the doctor who advocated it, but Salisbury himself, at least initially, seems to have preferred to call it “muscle pulp of lean beef.” (“Eat the muscle pulp of lean beef made into cakes and broiled. This pulp should be as free as possible from connective or glue tissue, fat and cartilege.”)

Salisbury steak appears to be giving remarkably good results as a diet for people troubled with weak or disordered digestion, but who require the supporting power of animal food.
—The Sun (New York City, NY), 17 Jan. 1885 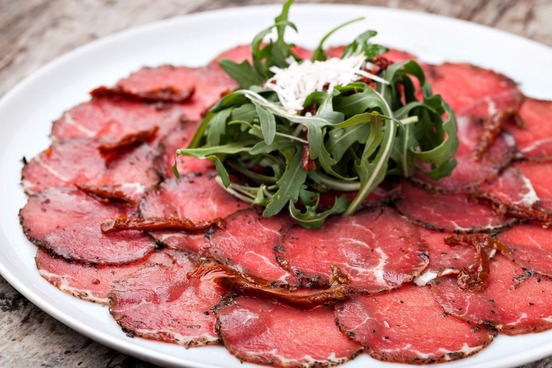 Carpaccio is an unusual food eponym in two ways: it often is employed in a postpositive position (little seen in English), and the person after whom it was named had already been dead for hundreds of years when it was named. According to culinary lore, the dish was created by Giuseppe Cipriani at the Venetian establishment, Harry’s Bar, and named after Vittore Carpaccio, a painter from that city (the shade of red used by the painter was close to the shade of red of the beef in the meal).

The menu is a repetition—all hands went off to Florence to learn from Maricotti before opening. For instance, carpaccio derives from the filetto carpaccio created by Cipriani, who wanted a variation of steak tartare.
—Lois Dwan, Los Angeles Times, 21 Jan. 1973