Deep-seated is the correct term. Deep-seated means "firmly established," as in "deep-seated resentment," but it also has an earlier literal meaning of "situated far below the surface." It is from that meaning the figurative use of the word developed. It is sometimes mistaken as deep-seeded.

Some people assume that troublesome words lie at the more difficult end of the vocabulary spectrum: dilemma, imminent, corporeal. This is not always the case:

Did you catch the error? Maybe not, because the confusion is pretty deep-seated. 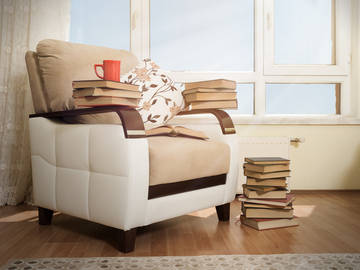 The confusion between seated and seeded is easy enough to understand: they have nearly identical pronunciations. But "to seed" means "to put seeds into the ground," and you'd think that the difference in meaning would help differentiate between the two. After all, almost no one confuses peace and piece, another homophonous pair.

Alas, seed has another meaning that encourages some confusion with seat: "to rank (a contestant) relative to others in a tournament on the basis of previous record." English speakers clearly experience some cognitive dissonance regarding this sense of "seed": the verb seed means to plant something so it can grow, whereas ranking someone or something is like sorting and placing them into assigned place, or seat. Combine that with the fact that we use the word chair (an analog to seat) to mark how orchestral players are ordered (first chair, a second-chair violinist), and you get:

Seed gained this new competition-related meaning at the end of the 1800s, and one of the early uses of this particular meaning in print helps clarify why it was seed and not seat that came to refer to ranking competitors:

Several years ago, it was decided to "seed" the best players through the championship draw, and this was done for two or three years.
— American Lawn Tennis, 13 May 1898

Seeding in this sense means that competitors of all ranks will play each other through a tournament series, and it helps prevent top-ranking competitors from meeting in early rounds of that series. In other words, the competitors are sprinkled across a wide field, like a farmer broadcasting seeds. Seeding is done in a number of sports, but because it's often done for championship tournament series, it's very easy to think of this as skills-based ranking, which we associate more with the word seat.

There's a simple way to figure out when you should use seed and when you should use seat. First, if the word is preceded by deep- and doesn't refer to a sports team or competition, it will always be seated. If you are talking about a competition, and in particular a competitor's rank, it will always be seed for both the verb ("He was seeded eighth at Wimbledon," "the eighth-seeded player at Wimbledon") and the noun ("He was the eighth seed at Wimbledon."). The only time you should use the verb seat in such a context is if one competitor is literally sitting behind another ("He was seated behind his rival at Wimbledon and couldn't see the match very well").