The words corporal and corporeal are visually distinguished solely by the e that is missing from the first but is found near the end of the second. They come by their similar appearance honestly; each traces back to the Latin word corpus, meaning "body." And they are both, in fact, all about the body.** 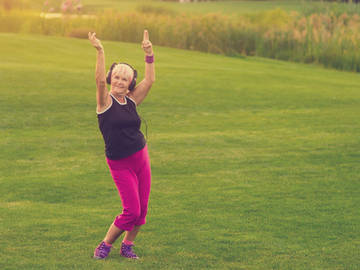 'Corporeal' describes what is bodily or physical, rather than what is not.

Corporeal is at home in literary contexts, where it describes what is bodily as opposed to what is not—be it mental, emotional, metaphysical, or supernatural. Corporeal is familiar in religious contexts too, where the corporeal is often contrasted specifically with the spiritual. In legal contexts corporeal moves beyond the body to describe things (such as property and money) that exist in the same physical realm that the body exists in, as opposed to the nonphysical realm of reputations and well-being and the like.

But things do get confusing with this pair. Corporal also has some use in religious contexts: as a noun, it refers to a linen cloth on which the consecrated bread and wine of the Eucharist are placed. And each word at some point in its history was used to do the job that the other word now typically does. We see corporal in the territory now occupied by corporeal when Shakespeare's Macbeth says of the trio of disappearing witches that they have gone "Into the air, and what seem'd corporal melted./ As breath into the wind." And we see corporeal doing the usual job of corporal in William McNally's 1839 Evils and Abuses in the Naval and Merchant Service, Exposed: "Our citizens have repeatedly expressed their disapprobation of corporeal punishment in the navy.…"

You, however, dear reader, should take pains to keep the two distinct as is the norm these days: save corporal for descriptions of very unpleasant punishments and the like, and use corporeal for distinguishing what is bodily or physical from what is not.

**The noun corporal that refers to an officer ranking below sergeant in the army or marine corps traces back not to Latin corpus but to Latin caput, meaning "head."