A Matter-of-Fact Look at 'Deadpan'

Surely we can be serious.

Functional shift is the term we use for when a word takes on a new grammatical function (such as a noun coming to be used as a verb). In some cases this process proves irksome to people, who think that words such as contact and impact should have been satisfied with their lot in life, and not rocked the boat. However, an enormous number of our words have added (or discarded) parts of speech, and in many cases this process is not noticed. As an example of how quickly functional shift can take place let’s look at deadpan (“marked by an impassive matter-of-fact manner, style, or expression”), a word that came to English just over a century ago, and already occupies four distinct parts of speech. 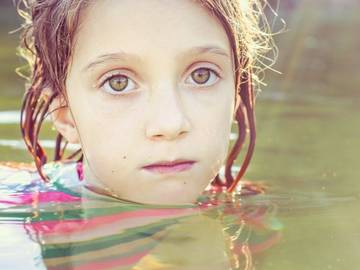 The word is thought to have been formed by combining 'dead' with a slang sense of 'pan' meaning “face.”

Deadpan may be an adjective (“she responded with a deadpan voice”), an adverb (“he delivered his lines deadpan”), a noun (“I expected an emotional response, not a deadpan”), or a verb (“we deadpanned our way through the routine”). The word appears to have come from the language of actors in the early 20th century, when cinema was in its infancy.

Besides that he had a trick of what the actors call “the dead pan.” He never cracked a smile, and would be the last men you would suspect was working a trick.
— The St. Louis Star and Times (St. Louis, MO), 20 Jan. 1915

The leading roles are played by Lil Dagover and Walter Janssen, while The Stranger is played by Bernard Goetzke who goes right out after the record as the champion “dead pan” actor of the screen.
— Variety, 9 July, 1924

These dead-pan boys, after frequent Palace appearances, still click with a snap. They have some new stuff, and the boneless ankle dancing banged.
— Variety, 23 Jul. 1924

The word may have started out referring to actors, but in the 1920s there was a marked tendency to employ it with boxers. This may have had something to do with sportswriters’ habit of assigning the sobriquet to Argentinian pugilist Luis Ángel Firpo.

They are telling many stories about Luis Firpo, known by some as the “Wild Bull of the Pampas,” and by others as “Dead Pan Louie,” called because of his always serious expression.
— The Times (Shreveport, LA), 29 Aug. 1923

They have seen his “dead pan”—his impassive countenance of bluish-blackish tint, in which are set two cold, expressionless eyes—behind scores of fighters in the past fifteen years.
— The Morning Herald (Uniontown, PA), 20 Dec. 1924

All of the real great fighters are “dead pans” in the ring. Dempsey wears the same scowl from the first to the last bell.
— The Brainerd Daily Dispatch (Brainerd, MN), 30 Sept. 1925

After the 1920s deadpan began adding both parts of speech and applicability beyond the realms of theater, cinema, and fisticuffs. As it broadened its reach the word began to be used in additional parts of speech as well. It is perhaps not curious that deadpan should be so successful a word (less apt vocabulary has often found a place in our language), but what is surprising is that it has managed to do so without attracting any significant degree of censure.

For in addition to its profligacy with parts of speech, deadpan fits the description of many other types of words which are often disapproved of. It is new. Its etymology contains unwelcome strains of slang (the word is thought to have been formed by combining dead with a slang sense of pan meaning “face”). In early use it was mostly found in the writing about cinema and sports, two areas which are not often accused of elevating English.

While deadpan may not find itself occupying many lists of ‘favorite words in English,’ it has achieved a sort of middle-class stability that many other words would envy. If this word, borne of such inauspicious beginnings, can achieve respectability within a hundred years, there is yet hope for impact, contact, and perhaps even the figurative sense of literally. And we say that with a (mostly) straight face.